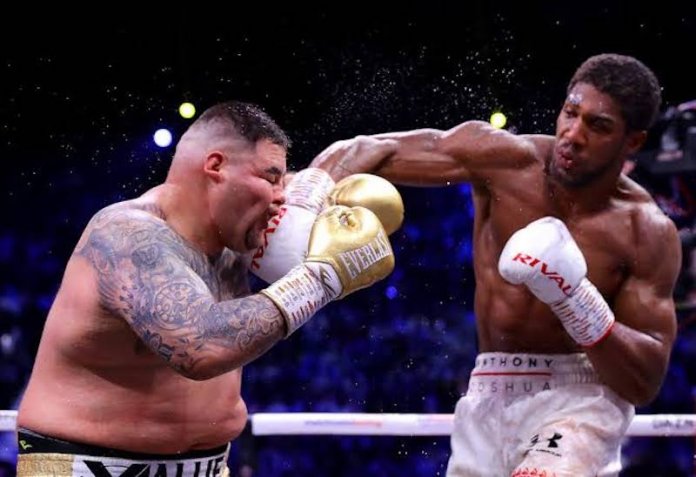 *Says the Sagamu-born prized fighter good advert for boxing
Duro Ikhazuagbe
One of Nigeria’s foremost former boxing writers and analysts, Chuka Momah, has commended Anthony Joshua for braving the odds to reclaim his heavyweight boxing titles from Mexican Andy Ruiz Jr on Saturday night.
Momah who was easily the biggest voice on the sweet science, anchoring boxing programme on the Nigerian Television Authority (NTA) in the 1980s through the late 1990s, insisted yesterday that Joshua did the right thing
“reminded us of the essence of boxing. Namely, an opportunity to earn a good livelihood without engaging in the brutality of artisans.”
The microbiologist trained former Director at Pfizer was however full of apprehension before the fight, given the manner the British heavyweight boxer lost the three belts in the first fight in America early this year.

“I was relieved when my Brother paid and hooked on to ESPN which streamed the historic (rematch with Andy Ruiz Jr) bout last weekend in Saudi Arabia  live, a mere nerve -wracking three minutes before the commencement of hostilities.

“Before, we had searched for broadcaster almost with futility. My friend, the brilliant writer Muyiwa Adetiba, had phoned to seek my prediction.
“He was not interested in my dissection of the tangibles and intangibles that ultimately determine the swing of the pendulum in seemingly difficult fights like this.
“He simply wanted my prediction. All the same, l reminded him of the boxing maxim that demands scrupulously that in dicey fights like this, ‘the big good ‘on’ should beat the good small ‘on’.
“So I picked the taller Joshua who also had a far longer reach.
“The great George Foreman opined that Joshua should fight the way Mohammed Ali did to regain his title from Leon Spinks.
” I disagreed. I felt that he should fight the way Ali did to dismantle the mighty Joe Frazier in their second fight. And boy oh boy, was our Anthony Joshua not brilliant? ! I must admit that even though I am a hardened boxing fan, having watched so much boxing in my life time, “I was apprehensive before the fight. Within two rounds, Joshua put me at ease. He moved like silk and hit like ton. He was beautiful both of body and movement.
He was dynamically kinetic. He threw and connected with an avalanche of the entire repertoire of punches in boxing -hooks, uppercuts, jabs, crosses and a masterful defence as icing on the cake. In these days of increasing fatalities in boxing, Joshua provided a great advertisement for the sweet science.
“He demonstrated that watching a fight can be as emotionally uplifting as reading poetry by Keats , Okigbo, Tennyson or the other great masters of the art.
“Albert Camus, the great writer was opposed to both violence and capital punishment. He wrote an account of a street fight in Algeria and concluded thus – there at Corinth, two temples stood side by side. The temple of violence and the temple of necessity.
“Joshua reminded us of the essence of boxing. Namely an opportunity to earn a good livelihood without engaging in the brutality of artisans. Indeed,  our Anthony performed like the supreme artist. Wherever they are, Muhammad Ali and Sugar Ray Robinson would have approved!”
Anthony Joshua reclaimed his IBF, WBA and WBO titles in the clash in Saudi Arabia 118-110 in two judges score card while the third gave it 119-109 to the British boxer.
Round by Round Score Card

Jai Bednall
R1: Cautious opening as you’d expect in a fight of this magnitude. Ruiz scored to the body but Joshua landed a right hand and opened a cut above the American’s eye late in the round. Joshua 10-9

R2: Ruiz continued to stalk forwards and landed a solid jab to Joshua’s temple to open a cut of his own. The Brit fired back to get the blood flowing from his oppenent’s eye again and shaded another round to continue a solid start. Joshua 20-18

R3: Another good round for AJ as he landed a nice left to the body. He’s fighting with discipline and patience and building a lead. Joshua 30-27

R4: The action ignites in the fourth as firstly Joshua, building in confidence, began to take a few more risks. But it cost him late in the round as Ruiz landed the kind of chopping overhand right that did the damage in the first fight and appeared to rock the challenger. Joshua 39-37

R5: Good response from Joshua to the fourth round scare. Further tests await but he’s boxing well and as long as he doesn’t overcommit the path to victory appears clear. Joshua 49-46

R6: Joshua again lands the best punch of the round with a short left hook that snaps Ruiz’s head. We’re approaching the point where the champion will need a finish to retain his belts, but he remains patient knowing he can finish the fight at any moment with the right punch. Joshua 59-55

R7: Signs of frustration for the champ as he’s warned by the referee for a rabbit punch. He hasn’t been hurt yet, but Joshua continues to land the better punches and build up rounds. Joshua 69-64

R8: Here we go! Ruiz shows he’s not handing over these belts without a fight as the eighth round gets messy. The American lands several solid shots, including a left hook, to pull Joshua away from his gameplan and begin the comeback. Joshua 78-74

R9: And order is restored. Ruiz doesn’t bring the same urgency he had in round eight and AJ gets back to business, sticking and moving to shade the round. Joshua 88-83

R10: It’s officially crisis time for the champ. Ruiz has to let his hands go if he’s going to pull this out of the bag. Joshua doesn’t need to take risks. Joshua 98-92

R11: You could argue Ruiz edged that round but he didn’t do anywhere near the type of damage needed to give himself a chance. Joshua 107-102

R12: AJ is back. He punctuates his boxing redemption with a solid right hand to reopen the cut above Ruiz’s eye before avoiding trouble the rest of the way to surely claim a clear points win. Joshua 117-111 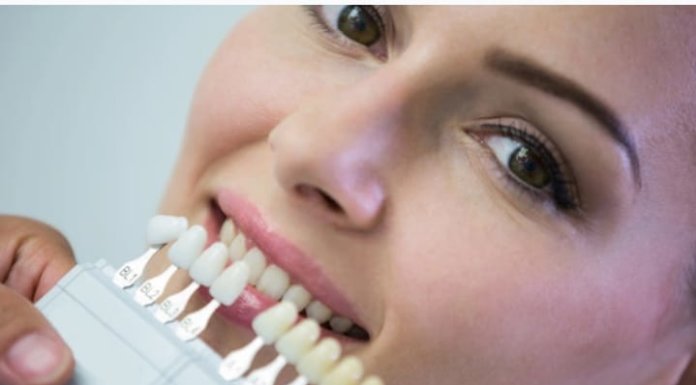