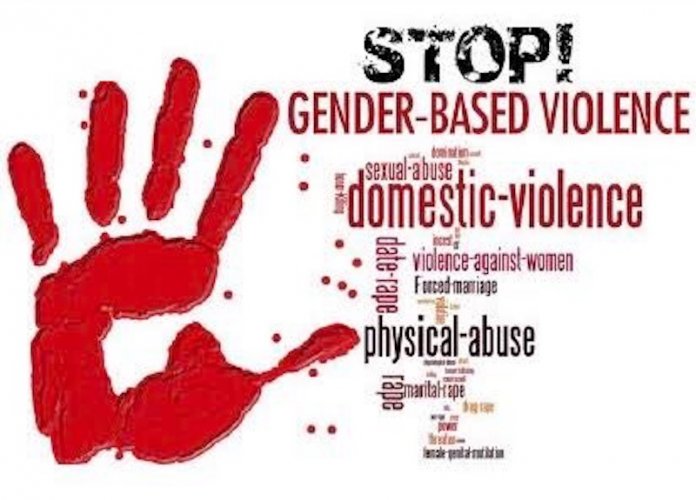 According to World Bank, Gender-based violence (GBV) or violence against women and girls (VAWG), is a global pandemic that affects one in three women in their lifetime. Their statistics states that 35 per cent of women worldwide have experienced either physical and/or sexual intimate partner violence or non-partner sexual violence. Also, globally, seven per cent of women have been sexually assaulted by someone other than a partner.

Globally, as many as 38 per cent of murders of women are committed by an intimate partner and 200 million women have experienced female genital mutilation/cutting.

Although GBV is violence directed against a person because of their gender, as both women and men experience such, but the majority of victims are women and girls.

Collaborative Commitment
The Federal Government, United Nations, European Union, British Council and other stakeholders have made commitment towards ending Gender-based Violence (GBV), especially those targeted against women and vulnerable groups.

To this end, the Vice President Yemi Osinbajo has called on relevant stakeholders to identify and punish all culprits of GBV, reiterating the need for preventive measures to be in place in order to deter pepetrators in carrying out this heinous act.

This is coming as the as the Deputy Secretary-General, United Nations, Mrs. Amina Mohammed, has urged the Nigerian government federal to investigate and prosecute those responsible for the killing of Woman Leader for the Peoples Democratic Party (PDP) in Kogi State, Mrs. Salome Abuh.

Osinbajo made this call last Thursday during the launch of ‘Sex Offenders Register’ as part of activities to commemorate the 2019 16 days of activism against gender-based violence at the Transcorp Hotel in Abuja. It is a project by the National Agency for the Prohibition of Trafficking in Persons (NAPTIP) with funding by European Union and facilitation from the British Council through it’s Rule of Law and Anti_Corruption Programme (RoLAC).

He charged all citizens to challenge demeaning or degrading references to women, as well as oppose the culture of blaming victims but rather teach boys on how to respect women.

He said: “While we must ensure that abusers are identified and punished, the greater part of our eforts should go into ensuring that we do all in our power to prevent the abuse from happening in the first place, by proactively identifying risk factors and intervening decisively to deal with them before abuse happens.”

According to him “there are steps that we all can take to end all forms of abuse and these include: challenging demeaning or degrading references to women; opposing a culture of blaming victims; teaching boys a sense of masculinity that respects women and accepts no type of gender based violence and if you witness a sexual assault, call the police or contact the sexual and gender based violence response team in your state. The truth is, to end this problem begins with us as such we must never become accustomed to condoning any form of abuse or turn a blind eye to exploitation.”

Also, the European Union Ambassador and Head of delegation to Nigeria and ECOWAS, Amb. Ketil Karlsen, stated that “sexual and gender-based violence is a global pandemic that requires fundamental and coordinated action that would guarantee the safety and security of vulnerable women and children across the world.

“To support Nigeria’s fight against SGBV, the European Union (EU) through its Rule of Law and Anti-corruption (RoLAC) Programme, which is implemented by the British Council and supported by the National Agency for the Prohibition of Trafficking in Persons (NAPTIP) and other security agencies, to develop and establish a Sex Offender’s Register in line with Section 1(4) of the Violence Against Persons Prohibition (VAPP) Act, 2015.”

According to him, this will go along way in curbing the increasing menace of sexual violence in the Nigerian society.

In the same vein, the Programme Director on Justice, Security and Conflict of the
British Council, Mr. Bob Arnot, explained that the effort was to serve as a deterrent to
potential offenders and contribute to the reduction of escalating cases of sexual assault especially against women and girls.

Earlier, at the press briefing organised by UN Women, Amina Mohammed who represented the United Nations Secretary General, Antonio Gutiérrez, condemned the violence against women in Nigeria as exemplified by the death of Abuh who was burnt in her home after the Kogi State governorship election of November 16, 2019 as horrible and intolerable.

According to the former Minister of Environment, the killing of the PDP Woman leader, many rape cases and other forms of gender-based violence comes with huge socio-cultural, political and economic losses to the country.

In addition, she said this impacts negatively on said individual households as well impedes peace and development. Mohammed however, assured the federal government of its commitment towards ending all forms of gender-based violence in the country.

She said: “Rape is an extreme and huge issue in Nigeria as we continue to have a wide range of gender-based and domestic violence such as the violation of women and girls in the Internally Displaced Persons (IDPs) camps in the North East of Nigeria. Also the issue of sex for grade among the institution of the country, trafficking of thousands of our girls and forcing them into marriages and working in clubs and other demeaning jobs. Also violence against women in politics an example of the burning of PDP women leader killing in Kogi State.”

“The UN is committed to supporting government in the world including Nigeria to save girls and women from violent act, the EU/UN spotlight initiative has been rolled out to end gender-based violence including here in Nigeria.”

“It is also encouraging that here in Nigeria the government is making efforts to bring to book, those caught in violence against women and children like the killing of the woman in Kogi State. We urge to government to ensure that justice is done. We must ensure that those who commit rape and these violations are brought to justice to end the culture of impunity,” she added

Speaking further, the Deputy UN Secretary-General said the Sustainable Development Goals (SDGs) cannot be achieved without an end to violence against women and children. To this end, Mohammed called for women empowerment through education, political inclusiveness and right of choice.

In the same vein, the Minister of Women Affairs and Social Development, Dame Paulin Tallen, said the ministry will upscale its ongoing advocacy strategies to ensure women, children and the Girl-child especially benefit from the Next Level Agenda of the President Muhammadu Buhari-led administration.

Tallen noted that this year’s theme: ‘Orange the World: Generation Equality Stands Against Rape’, is meant to draw attention to the rising cases of rape and sexual assault against women and young girls.

She said: “We will intensify our collaboration with National Assembly and State Assemblies towards conducting reviews and proposing amendments to Legislation Gender Equality and end All Forms of Discrimination Against Girls and women.

“We will also partner state governors, traditional institutions, faith-based organisations, and other civil society organisations to protect access to justice and better quality of life for Nigeria women and children.”

“The theme for this year ‘Orange the world: Generation Equality Stand Against Rape’ is very apt as it speaks to issues of rape which is assuming an alarming and unacceptable proportion in our society we can no longer be silent in the face of this menace where no one is spared,” she stressed.

Meanwhile, the register allows for documentation of reported, tried or convicted cases of sex violations or abuses in the country. The sexual violence cases include any conduct that violates, humiliates or degrade the sexual integrity of any person such as sexual assault, exploitation or harassment and intimidations.

The register aims to name and shame anybody ever convicted for rape and this will be placed in the public domain for all to see. The ceremony was witnessed by various agencies of government, trade unions and civil society groups.

A cursory glance by THISDAY to the website showed the background check page where the search button enables individuals and organisation to access information on the identity and location of convicted, and alleged reported and arraigned sexual offenders. This includes convicted and alleged rapists, paedophiles and other violent sexual offenders.

However, the background searchers will be required to pay a token to search the register for reported and arraigned cases. After payment, and entry of the search details an email will be sent with the search result.

The website also promised that the searcher’s personal information will be held with the utmost confidentiality. It will be used strictly for administrative purposes and to contact you for further clarification. Phone number and /or emails will be required to provide updates and to reset passwords should a user forget his/her password.

On the importance of the register, it seeks to name and shame perpetrators of sexual violence. It links victims/ survivors and even perpetrators to the help they may need.

The information on the page read thus, “You can take an active part in using this register by asking your children’s school if the management has carried out background checks on its teachers and other staff. You can report sexual crimes for investigation etc. You can encourage service providers to register. Our goal is not to fill the register with cases of sexual violence but to hopefully reduce the crime and direct affected persons to the help they need.”