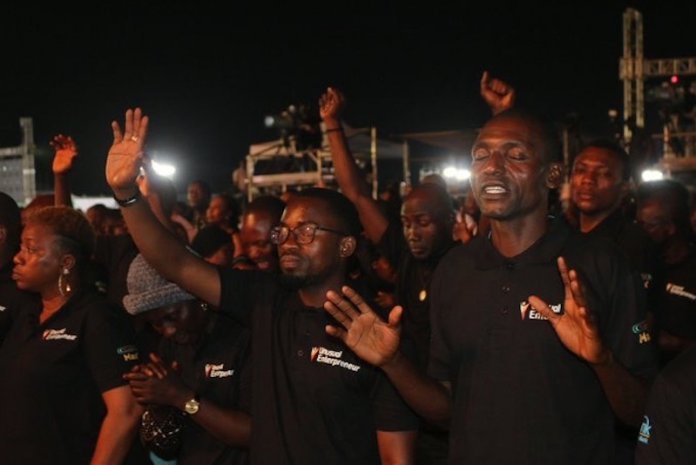 Vanessa Obioha writes that the ninth edition of Unusual Praise, a yearly gospel concert organised by the Catholic Church of Divine Mercy, was not just an avenue to exhort souls, but also to empower Nigerians through the Unusual Entrepreneur scheme

The ninth edition of the yearly gospel concert Unusual Praise wrapped up on Friday, November 29 with thousands in attendance at the Periwinkle Estate, Lekki, Lagos. While most people who were present would conclude that this year’s edition started and ended on the sandy field, it actually started right from the hall of the press conference held the previous evening where top billed artistes like Chioma Jesus, Big Bolaji, Osinachi Nwachukwu, and Nathaniel Bassey engaged members of the press in a private performance.

For the main event, the ambience which described the small hall of the Catholic Church of Divine Mercy was replicated, only this time, it was amplified by many folds through a live band, a gigantic stage and a seating area filled to its brim. This will be the first time the concert stretches all limits by moving to a bigger venue. Noting this expansion, Chairperson of Unusual Praise, Lanre Da Silva Ajayi pointed out that it was due to the yearly increase the event has witnessed.

“Unusual Praise has been growing from year to year. We actually started out in this church, and then we moved out to the compound, and now, to the glory of God, we are moving to a brand new venue, a much bigger location because the demand has been heard.” She concluded.

To ease logistics for attendees who reside in different parts of Lagos, free bus rides were available to convey them to the venue from strategic points such as Festac, Maryland, Alaba and Ikorodu. Ahead of the concert, a late evening holy mass that celebrates thanksgiving, worship and praise was held as part of Catholic processions leading up to the main concert.

Although Catholic in origin, the event was open to Christians of all denominations, aptly depicting this year’s theme: ‘Declare the Glory of the Lord among the Nations: 1Chronicles 16:24’

Speaking to the theme, gospel artiste Nathaniel Bassey said: “Whenever I go to minister, I am expecting testimonies, miracles, signs and wonders, and as such I want them to worship God. Again, in our nation Nigeria, there is never a time like now that we need the presence of God.”

The Parish Priest of the Catholic Church of Divine Mercy, Rev. Paschal Nwaezeapu, expounded on the responses the event has received from past editions.

“There are people we are now dealing with electronically, people outside of Lagos who have followed the event and have been impacted,” Nwaezeapu said, explaining the reach and channels of contact.

“Sometime in October, we got a testimony from someone who travelled to East Africa where he encountered another man that told him about Unusual Praise. It is a strong indication that the concert is becoming popular across the continent.”

He also added that about 1,400 people reached out to them two years ago, seeking help and a closer relationship with God. Not only has the platform helped people spiritually, it has also empowered 250 entrepreneurs through its mentorship program, The Unusual Entrepreneur.

Some of the performers for the evening include Panam Percy Paul, BJ Sax, David G, Big Bolaji, Sinach, amongst others. During Big Bolaji’s medley performance, he was able to capture the crowd’s attention with his style of music that infuse the Yoruba vernacular in its lyrics. Not only did he take this route, his delivery was one that encouraged them to adopt various trending street dance styles native to Lagos. On the other hand, whether it was a D-list or A-list artiste performing, the reaction of the crowd stayed the same. It was one of thunderous shouts at some time, and deep meditation at another. In all, the thousands who attended felt the impact – a vision on which the program is centred on.

With 12 hours of non-stop praise and worship, and ministration, this year’s Unusual Praise ended on a high, heavenly note. The morning mass which commenced around 6:30 a.m. the next day, marked the close of the event. With the level of success it attained this year leveraging the passion of gospel artistes pooled from the length and breadth of the nation, the concert is bound to receive more positive feedback this year from attendees.

But outside ministering to the soul, the concert also tended to the physical needs of some of the lucky beneficiaries of the Unusual Entrepreneur (UE) Programme, an empowerment scheme that seeks to alleviate the financial status of church members in need of funds for their respective businesses.

Earlier, Chairman of the Unusual Entrepreneur, Mr.
Valentine Ozigbo, popularly known as the President and Chief Executive Officer of Transcorp Plc, said they introduced the empowerment scheme to empower 250 smart men and women members of the church from the entire Archdiocese of Lagos.

So at the praise concert, the lucky beneficiaries were called out to receive their prizes ranging from N50,000 to N1,000,000 per person, which summed up to about N40million. But apart from the funding, entrepreneurs will also be provided with mentorship, business training and other critical support they require to succeed long term.

Launched in 2018, the UE, according to the group, is aimed at providing funding, business training and mentorship for catholic entrepreneurs in Nigeria.

As provided on their platform it read thus: “The goal is to identify key gaps and opportunities in their businesses and provide them with coaching and support services that will enable them to succeed long term.
“The vision of the UE is to be the pre-eminent faith-based entrepreneurship programme in Nigeria that unlocks the obstacles Nigerian entrepreneurs face as they grow their start-ups into small to medium enterprises (SMEs) and their SMEs into national growth companies.
“Our programme equips catholic entrepreneurs with the necessary skills, support, training, mentorship and funding to build strong and sustainable businesses that are scalable over time. To achieve this vision, our mission is to identify, accelerate, empower and support 1000 catholic entrepreneurs over the next five years”. 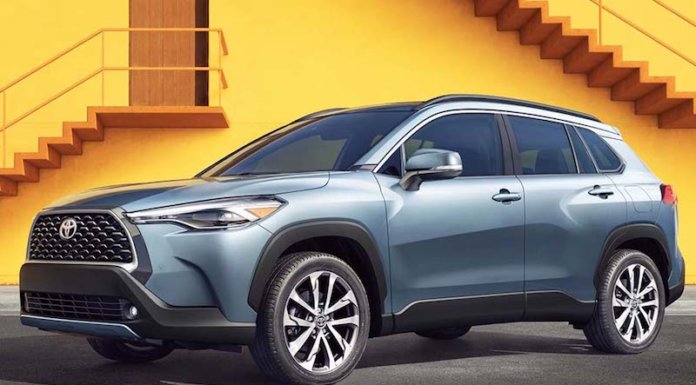