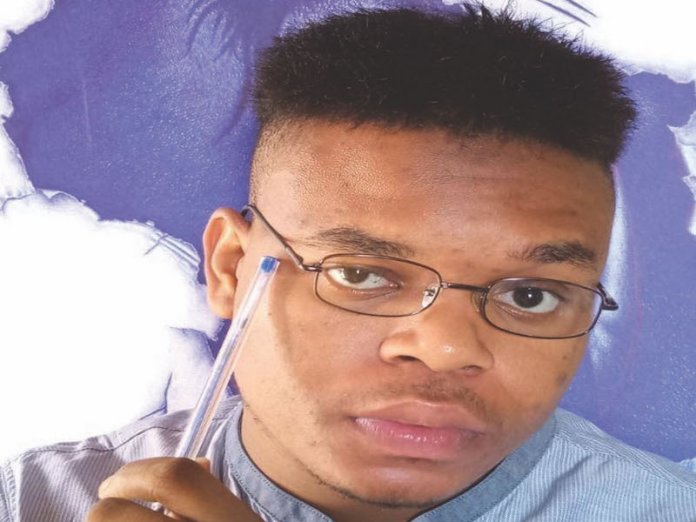 Aged 21, from Osun State, Oyedele Adedokun Isaac is like a million and one other Nigerian youths out there lounging but has followed his calling and not crime. This young creative made a ballpoint drawing of America’s President Donald Trump which went viral last Sunday. This got the artist recognised by the US number one citizen and further fires the creative latency of the young Nigerian. Ferdinand Ekechukwu reports

With just a little over 8,000 followers, and 106 posts mostly of his paintings, budding Nigerian artist Oyedele Adedokun Isaac, on Instagram as @Doks_art, has a dream. The “Ballpoint Artist”, as he describes himself, is a “Nigerian Kid born with American Spirit and Open for Commissions.” It is not the first time though, this young creative had made a ballpoint drawing of America’s President Donald Trump and took to his handle last Sunday to tweet at the US number one citizen and requested followers to retweet until Trump sees it.

He also had tweeted directly at the President before then but that didn’t get him. This time around, he tweeted: “This is my second portrait of President Trump. This time I really want him to see it. All done in ballpoint, took up to 70 hours, ‘24×21’ inches. Please RT till the president sees this @realDonaldTrump @DonaldJTrumpJr @POTUS.”

He tagged the accounts of the president, that of his son, Donald Trump Junior and his official POTUS (President of the United States) account. The picture of the painting went viral after the artist went on his Twitter handle @Doks_Art to share the image explaining that it took him about 70 hours to work on and achieve the final result.

Fortunately, the creative_dok’s painting eventually got the attention of President Trump who retweeted containing the image and described him as a “wonderful artist!”  He also advised the Nigerian artist not to give up on his dreams. “Not only did I see it @Doks_Art, I think it is fantastic. You are a wonderful artist, never give up your dream!” Trump tweeted. The retweet was followed with a series of words of encouragement and congratulations from the president’s followers.

While some took the opportunity to mock Trump’s presidency using the portrait, others noted that the artist’s painting skills needed to be nurtured. “Wow, that is really amazing detail, especially with a ballpoint pen,” wrote Steve Kries “I have been an artist most of my life, and have worked in a lot of different media, but I would never attempt this in such an unforgiving media. That’s amazing. Such a God-given talent,” he added.

Trump’s post had generated over 27,500 retweets and over 97,100 “likes” with the artist’s tweet beating Trumps retweets with 37,900 retweets and “likes” of 78,400. This is the second time that Trump is actively engaging an Africa-related tweet. Months back, he retweeted a video of a female football juggler. The exploits of the Tanzanian lady further went viral following which she was interviewed by a number of international news outlets.

Adedokun had reminisced recently about his simple but wonderful tool in an interview about one of his paintings: “Just how amazing what this writing material could do. I guess that’s the beauty of it all. A lot of things inspire my works, mainly the society and a blend of deep emotions; I’m an apprentice in studying psychology. The title of this piece, ‘The Edge of Nineteen’, depicts the unavoidable reality of growing up in Nigeria which people verbalised ‘the struggle don begin be dat.’

“The work is inspired by millions of youths in Nigeria and their battle against admission, jobs and social freedom. The piece means a lot because it speaks the awful reality youths have to face while moving towards adolescent in Nigeria. I show great interests in making people connect to my work, not just appreciatively, but also to wrap themselves around the psychology which we all take part in. I’ve done quite a few amounts of works over time which is on my Instagram page @Doks_art. Check them out please, they are quite spectacular!!!”

Age 21, from Osun State, Adedokun is like a million and one other Nigerian youths out there lounging but has followed his calling and not crime. He would further inform that “I have four siblings and they are all artistic in their own fields.” Barely two years into his craft @Doks_art is a self-taught artist who picked up a regular Biro as a medium to create hyperrealist portraits.

He started ballpoint painting in 2017, the artist tells this reporter via an Instagram chat which ended up on WhatsApp. “I still hold a school cert. because I dropped out of science to want to pursue my passion in art,” Adedokun revealed.

For the viral Trump painting, the artist acknowledged feeling exhilarated by Trump’s hailing and recognition of the portrait. “Amazing, numb, banging, empowered, proud, and all other expressions and muscle flexing feelings you feel when the most powerful man in the world tweeted you. I just love Donald Trump, I think he is a strong figure most definitely, an admirable one. A powerful figure is a powerful figure”, he said.

Unlike his Trump drawing, he’s not really into drawing celebrities when asked about other high profile personalities he had sketched.

He only picks on the subjects he paints based on personal connection to them and sometimes he just wants to practice. With this recent development, it just would be important and reasonably so that he starts drawing celebrities.

Adedokun reminds one of another young Nigerian pencil artist Eli Waduba Yusuf, who in February this year sold his portrait to US actor, comedian, Kevin Hart. The hyperrealism Pencil Artist based in Kaduna, after two days of putting the picture of the beautiful painting on Twitter and thousands of retweets later, Waduba got the attention of Kevin

Hart who acknowledged it saying, “I see it and I want to purchase it…I also want to support you and your amazing talent by giving you a fee to do a pencil drawing of three of my celebrity friends that I can gift it to. DM your info and let’s get to work.”

Since Adedokun has decided to pursue his passion his plans now regarding his craft is “To grow more in my art, to explore several mediums. This is my life now,” he told THISDAY.