Following growing agitation by some state chairmen of the ruling All Progressives Congress (APC) for the removal of its National Chairman, Adams Oshiomhole, President Muhammed Buhari yesterday held a meeting with all the chairmen and “gave a clear instruction that all agitations against Oshiomhole must cease.”

Recall that 15 APC state chairmen joined some National Executive Council (NEC) members to openly call for the sack of Oshiomhole during the last NEC meeting of the party in Abuja.

They lamented that most of the goodwill acquired by the party, by reasons of its religious adherence to the provisions of its constitution and the tenets of internal democratic practices had taken a downturn, “principally due to dictatorial and despotic tendencies of Oshiomhole.”

To nip the crisis in the bud and bolster Oshiomhole, sources at the meeting told THISDAY last night that President Buhari “ordered the state chairman to sheathe their sword and work with Oshiomhome for the good of the party.”

“The President told them to accept the leadership of Oshiomhole and avoid detractions,” the source added.

Meanwhile, a statement issued by the media and publicity aide to the President, Femi Adesina, said that Buhari at the meeting with the APC state chairmen said it was only members with solid base from the grassroots to national level that would represent the party in elective positions.

In addition to the condition Buhari urged them to serve the party with all their might and see their ‘chairmanship’ as part of national service.

The president expressed this position just as Oshiomhole assured that APC was not at risk of losing Edo State in the next election, in spite of the crisis rocking the party there.

The statement said further that the president pressed for the “bottom-to-top approach”, which he noted would ensure that only popular party men and women represent the party’s interest at the national level

“In my own opinion, this is necessary so that Nigerians will know and understand that whoever sits in your states has the support of your respective constituencies from the state, to the local government, wards and polling units.

“I want you to revisit the constitution of the party sooner than later. Your election will soon hold and I am going to take personal interest to make sure that the bottom-to-top is maintained and people are elected by their immediate and subsequent constituencies. In Abuja, we want to deal with people who have a solid base from where they come,’’ Buhari told the chairmen.

“I believe that the issues in Edo and in every other state will be resolved peacefully, to the benefit, not just of the party, but of the people in those states. We are committed to retaining Edo, particularly now that we have Bayelsa added to Edo, the more reason we cannot do anything which in our opinion, can possibly lead to APC losing Edo State, if anything, if you have been monitoring what is going on, more and more people are coming to join the APC in Edo.

“If they have fears that we may lose, nobody will leave PDP to join APC. If people are leaving PDP to come and join APC in Edo State, that is the most potent, bold statement, about the level of confidence that even the people in the opposition recognise that if they want to be government, the party to join is the APC,” Oshiomhole said.

He reiterated that it was the investment he put into the party that enabled it to dislodge PDP in 2008, against federal might, noting that he got re-elected to a second term, despite that Chief Olusegun Obasanjo, who belonged to the rival PDP was then the President of the country.

“I got reelected and you know the PDP forces in Edo, if you have invested that kind of effort like I have invested, like I have done and God blessed it, you will do nothing that will undermine it.

“Nothing anybody will do that will make one forget that a lot was invested and therefore we must keep the house together, whatever it will take. I am sure we will keep Edo together for the good, not only of our party, but more importantly, for the good of the people of Edo State.

Oshiomhole thanked the President on his recent directive on Board appointments, noting that party members were looking forward to filling some existing vacancies in government and contribute their quota to the vision of the Next Level Government.

In the spirit of the peace move, Oshiomhole promised that the National Working Committee of the party would extend support, on a monthly basis, to all states chairmen to enable them run their respective offices effectively.

Also, at the meeting yesterday, the Forum of Chairmen of APC informed President Buhari that just after the party won the governoship elections in both Bayesla and Kogi States, “some governors were busy collecting signatures to remove the National Chairman of the party, Oshiomhole.”

The Chairman of Chairmen, Hon. Ali Bukar, who disclosed this, said they believed that the affected governors did not mean well for Buhari’s administration, stressing that after Nigerians voted massively for the president, all hands should have been on deck to give Nigerians the desired dividends of democracy and not creating crisis where there was none.

Bukar stated: “Mr. President, Sir, let me also express our recent worries regarding the activities of some of the governors who are undermining the efforts of the National Chairman of our great party, Comrade Adams Oshiomhole, to reposition the party by plotting his removal.

“It is more worrisome knowing full well that they are not doing this because the National Chairman is not performing his duties according to the constitution, but they are fighting him due to their 2023 presidential ambitions when it is a notorious fact that Mr. President has just commenced his second term in office a few months ago.

“Your Excellency, it may interest you to know, Sir, that because these governors were desperate in their bid to oust our national chairman, they even worked against our governorship candidates in Kogi and Bayelsa States so that we would lose and they would have latched on the losses as grounds to advocate for the removal of the national chairman.

“It is really  unfortunate that just after the our party won additional state in the South South, which is Bayelsa, consolidated on our hold on Kogi, these governors have been busy collecting signatures, spending our hard-earned resources in both covert and overt campaigns  for the removal of Oshiomhole.”

Bukar appealed to Buhari to call the governors to order so that they would not destabilise the party, adding that what the party needs is stability, not distraction.

The chairmen also reiterated the vote of confidence, which they earlier passed on Oshiomhole.

Recall that the Zamfara State APC chairman, Lawan Liman, addressed the anti-Oshiomhole briefing two weeks ago in Abuja on behalf of the aggrieved members. 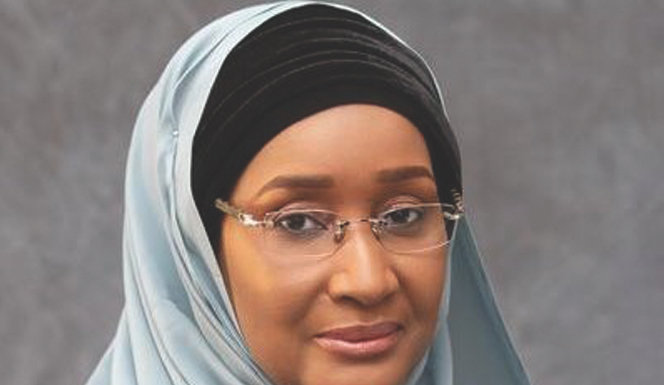