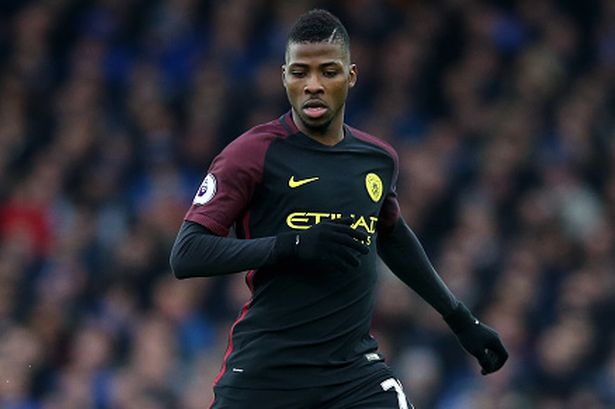 Until last weekend Kelechi Iheanacho’s only two appearances for Leicester City this season had been in the lowly rated League Cup and the Nigerian international had been heavily tipped for a shipment out of King Power Stadium on loan. However, with his assist and winning goal against Everton in his first Premier League game, all that may have changed as fans of the Foxes are singing the praise of the U-17 World Cup winner to high heavens

Until last weekend when he featured and scored the winner against Everton, the 23-year-old has not played a Premier League game for Leicester City with his two appearances coming in the lowly-rated League Cup and Leicester City reportedly agreed to allow the Nigerian international to leave on loan to get game time at another club.

The Foxes, in turn, are looking to bring in Rangers talisman Alfredo Morelos to bolster their chances of a top-four finish.

Iheanacho joined Leicester City on a five-year deal worth around £25m and the investment has not paid off as he has failed to live up to the expectation after just managing three goals in seven league starts in 21 games, four goals in five FA Cup games and two goals in two League Cup games in his first season with Leicester City.

In his second season, he managed just one goal in 30 league games and two goals in the League Cup.

The narrative has indeed changed after Iheanacho ripped up the script in his sizzling cameo appearance on Sunday.

The Nigerian striker made his first league appearance of the season when he came on with Leicester down at home to Everton. The Foxes supporters would have been expecting little given the frustrating time he has endured since arriving from Manchester City, but he proved everyone wrong by assisting the equaliser and then scoring a winner in stoppage time to ensure City continued their fine form, sitting second in the table.

It’s a break Iheanacho was desperate for, but how far does he still have to go to convince supporters?

“It was a great moment, it was my first game of the season and first goal, so I’m really buzzing. I’m happy today,” Iheanacho told LCFC TV.

“It all came from the hard work in training, I’ve been working hard and keeping my head up and waiting for the opportunity to come. I’m happy it came, and I took it.”

When asked about his emotions as he was about to be introduced, Iheanacho said he was always confident in his own ability as he went on to turn the game on its head.

“I was just concentrating on the game, and watching the game, and how the game was going,” he said. “When the manager said ‘you’re going to come on’, I was confident and, of course, they’re my team-mates – they know what I can do and I know what they can do.

“I know where the passes are going to come. We work together in training and we’ve been playing together, so everyone knows everybody. We’re happy that we had this great moment today.”

Iheanacho emphasised City’s togetherness at the full-time whistle, and after a sixth-straight Premier League win, he explained why every member of the squad was delighted with Sunday’s result.

He added: “To be fair, this team, starting from the players, to the staff and the manager – everyone – we are all together, so everyone is happy with each other. Those who are playing or those who are not playing, everyone is happy. It’s a great squad, it’s a happy place to be. I know everyone is happy for me, they’ve been waiting for me to do this, so I’m happy as well. We’re all happy!”

An elated Iheanacho said he should be called ‘Mr. VAR’, having scored the first goal awarded by VAR in England in his side’s third-round replay against Fleetwood Town in the Emirates FA Cup in 2018.

And the polarising decision review system again ensured the Nigerian international would be able to celebrate after he found the net to hand Leicester a valuable three points against Everton on Sunday.

After sprinting clear of the Toffees defence and finishing with aplomb past Jordan Pickford, Iheanacho’s left-footed effort was initially ruled offside before becoming the match-winning goal.

And after the game, the ecstatic former Manchester City frontman demanded to be known as Mr. VAR from now onwards.

“I have been waiting for this opportunity. I knew one day it’s going to come,” he told Sky Sports.

“I’m happy today to get the goal and assisting Jamie. You can call me Mr. VAR – I knew it was a goal. I was onside. Happy that VAR gave it to me.”

Iheanacho has indeed insisted that he is still happy at Leicester City despite his lack of playing time.

Iheanacho has been a bit-part player since he joined Leicester City and has only managed one.

“No I am happy here, everyone is happy,” the 23-year-old told the Daily Mail.

“The manager is a top manager who is friendly to everyone. I don’t see the reason why anyone could want to leave. I think he gives everyone chances, there are a lot of games coming up.

The Nigerian has played second fiddle to Jamie Vardy since he joined Leicester City in 2017.

“He is a top lad and a top striker in the world, everyone knows,” Iheanacho said about Vardy.

“I am playing with him in training and watching him which inspires me as well. I will keep going. We can play as two strikers or we can play one striker as well. It depends on how the manager wants to play and set up the squad and everyone is important. We need everyone.”

Aston Villa are believed to be interested in signing a striker to back-up first-choice Wesley, with Iheanacho just one of the players they’re interested in the January transfer window.

Nevertheless, Iheanacho has maintained that he’s happy at the King Power Stadium and is more than content with his current role under Brendan Rodgers.

“As a football player you need to keep your head and keep going and concentrate when you are playing and when you are not playing,” he said, as quoted by the Leicester Mercury.

“Everyone has to go through this at some point. You need to keep working hard and believing in yourself that one day you can get your chance. I am confident. I believe in myself if I get the chance.

“Maybe you can call it a back-up striker or support striker, it’s something I am happy to be. Of course, I could get my chance, it depends on what the manager wants to do.

“But at former club (Manchester City) and here, I am really happy playing with those calibre of strikers (Sergio Aguero and Verdy) because they are experienced and top strikers in the world.

Meanwhile, Rogers has insisted that the Nigerian has a long-term future at Leicester City.

“Yes, he does have a future long term,” the City boss said in a press conference recently

“He’s unfortunate he is playing behind one of the great strikers in Europe. Jamie is at the very top of his game, in his goalscoring and his pressing, so it’s very difficult for Iheanacho to get in.

“He’s very much a part of our squad. He trains like an animal every day, he’s so good. So I know if I need to use him at the weekend, he’ll be ready.”

Whether he can remain consistent after last Sunday’s performance however, remains to be seen.