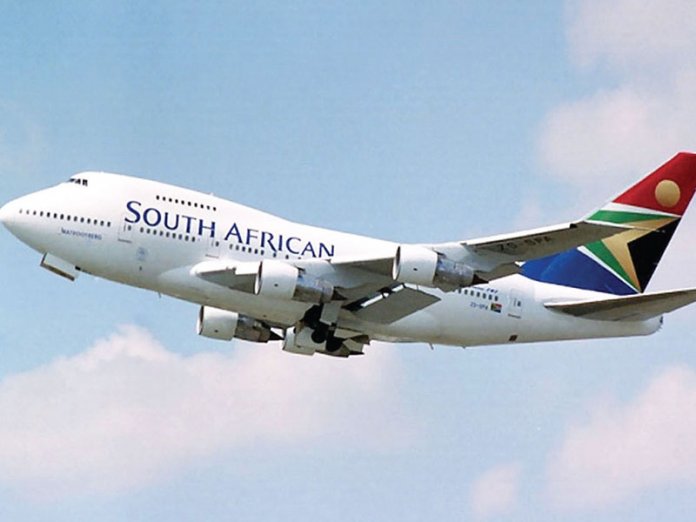 South Africa Airways (SAA) was recently embroiled in labour issues when it wanted to sack over 900 of its workers in the bid to restructure its operation, which the management saw as the only key way to survive.

This led to an industrial action that nearly crippled the airline, but for the sudden end of the industrial action by the workers. There are strong fears that without a bailout, SAA may be at its nadir and there are efforts to ensure that the airline does not go under.

Succour may come to the airline, as South African government is considering a bailout but that would be one bailout too many. Bloomberg reported recently that the airline was waiting for government to tell it whether it would provide the national carrier with the money needed to keep flying or it may allow it to go under, which may not be a choice, considering the pivotal role the airline plays in the economy of the country, leveraging the tourism sector, which is major foreign exchange earner for the country.

Reports, however, indicated that SAA last made a profit in 2011, and successive plans aimed at turning it around have failed.

While South Africa Public Enterprises Minister Pravin Gordhan has said the airline would undergo a, “radical restructuring” to ensure its financial and operational sustainability, the country’s Finance Minister Tito Mboweni’s preference is for the airline to be shut down.

Bloomberg reported that preliminary analysis done by Bain Consulting last year showed SAA would need to cover liabilities of between 35 billion rand ($2.4 billion) and 48 billion rand if it is liquidated, while it would only be able to realise 5 billion rand to 6 billion rand from selling its assets. The National Treasury would have to settle 15.3 billion rand in bank debt and creditor guarantees prior to the airline being shut to avoid possible cross-defaults on other Treasury-backed loans, it said.

The problem South Africa Airways is facing now is akin to the many problems many African state owned airlines face, which explained why over 85 per cent of them established in the 1960s went under. There is always management challenge, how the company can run out rightly as corporate organisation, profit oriented and how government interferences could be insulated from the corporate governance of the airline.

This is also the reason why many Nigerians are pessimistic about the planned national carrier, Nigeria Air, despite the efforts of the Minister of Aviation, Senator Hadi Sirika to convince them otherwise.

Besides the assurances that the new national carrier would be private sector driven, there has not been any indication that when established it would be insulated from government whims. Virgin Nigeria Airways was thought to be private sector driven and given all the accouterment of state support; yet, it went under. This is why many industry observers insist that airline business should be left for private investors and entrepreneurs.

Industry consultant and former Managing Director of Capital Airlines, Amos Akpan, said the governments of African countries should not establish and operate airlines. Instead, they should provide conducive environment that attracts investors to establish and operate airlines, maintenance organisations, aircraft and flight handling companies, various categories of airports with associated sub enterprises.

“The establishment and management of airline with sustainable operations require focus. This cannot be mixed with the intrigues of government in complex African societies. Airlines worldwide report thin financial profits.
“There is usually a thin line between profit and loss in airline’s accounts. The income volume from sales is large but the cost is heavy. It requires focus and world class corporate culture to stay in business. Privately constituted corporations are better equipped for the astute business culture required for sustainable profitable operations of airline,” Akpan said.

He said African governments should concentrate on provision of security, enabling laws, domestication of international laws/protocols reached at conventions, strengthening the regulations, and monitoring to ensure compliance.

“For instance, Nigeria has done well in monitoring regulatory compliance in the past eleven years which has resulted in almost zero fatal accident. This has boosted the confidence of air travelers within Nigeria. If they could replicate such performance in national security, it would attract tourism. This would translate into business boom for airlines.