Former Super Eagles striker and highest goal scorer at the last AFCON 2019 in Egypt, Odion Jude Ighalo is the only Nigerian in the final 10-man shortlist for the prestigious African Footballer of the Year awards.

In the the same vein, the duo of Wilfred Ndidi and Victor Osimhen are no longer in contention for the ceremony after dropping out of the original 30-man shortlist compiled by CAF.

As the list is prune to 10, the only Nigerian who made the cut is Odion Ighalo, the top scorer at the 2019 Africa Cup of Nations who also features for Chinese clubside,Shanghai Shenhua.

However, Ighalo has a packed field to contest with when a further cut is made, possibly from 10 to five and later to the top three.

Among those jostling are the usual top three suspects, Mohamed Salah of Egypt and Liverpool, Pierre-Emerick Aubameyang of Gabon and Arsenal as well as Sadio Mane of Senegal and Liverpool.

Also in contention is the man whose prowess wrecked Nigeria in the Africa Cup of Nations’ semifinal, Riyad Mahrez of Algeria and Manchester City.

Still in contention areAndré Onana of Cameroon and Ajax, Hakim Ziyech of Morocco and Ajax, Ismail Bennacer of Algeria and AC Milan, Kalidou Koulibaly of Senegal and Napoli as well as Youcef Belaili of Algeria and Ahli Jeddah.

According to a press release by CAF, the current shortlist of 10 is the result of conclusion of the first phase of the voting which was done by CAF Technical & Development Committee and a panel of media experts with emphasis on the nominees’ performance of during the year under review, 2019.

In the African Women’s Player of the Year, two Nigerian players also dropped out from the original 10 released last month.

With the list now reduced to five, only Asisat Oshoala made the cut as Uchenna Kanu and Chiamaka Nnadozie are eliminated.

Expectedly, no Nigerian footballer is in the list of Interclubs Player of the Year as a result of poor showing of Nigerian clubs in the continents.

The Interclubs Player of the Year, it was gathered, will be decided upon by the Head Coaches and Captains of the group phase of the current season of CAF Interclubs competitions.

The remaining shortlists of award categories are:

The award winners for each category will be announced during the CAF Awards ceremony on Tuesday, 7 January 2020, at the Albatros Citadel Sahl Hasheesh, Hurghada, Egypt.

The event will celebrate African footballers and officials who have distinguished themselves during 2019. There will also be several new award categories in recognition of exceptional contributions to African football and inspiring individuals. 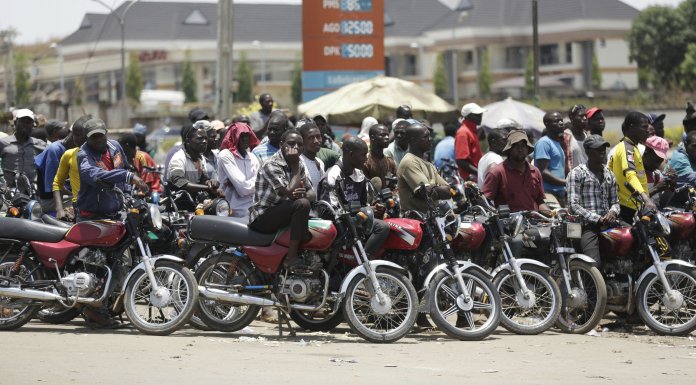 Ban on Okada and Security Implications