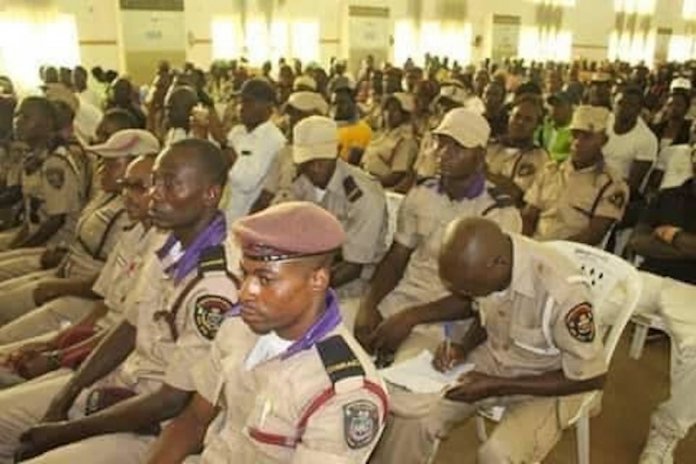 A new partnership between the police and some local security groups in the South-west region has been formed. This partnership is targeted at tackling the myriad security concerns that have bedeviled the region in recent times.

Thus, the partnership was received with great excitement, just as they expressed hope that the collaboration will tackle the kidnappings and highway robberies that have bedeviled the area.

Their joy is understandable. For a long time, the major roads in the South-west have become dangerous to ply, as kidnappers have laid siege, abducting people without fear.

Places like Oke Ogun in Oyo State, Ibadan-Ife Road, Ikire-Ife Road, Ife-Ilesha Road, Benin-Ore Expressway, Ilesha-Akure Road, Iwaraja-Efon-Ekiti Road, Efon-Aramoko Road, Akure-Ado Ekiti Road and others have become black spots as these criminals abduct their of victims and haul them off into the thick forests where they have hideouts. From the tales of victims, they were all forced to pay millions of naira as ransom before securing their freedom.

So far, it seems as if the police and other security agencies have become overwhelmed by the situation. Worried by the unfortunate security lapses, stakeholders had called for urgent measures.

Aare Onakakanfo of Yorubaland, Iba Gani Abiodun Adams, was one of those that voiced out his concern over the development. It was gathered that he wrote letters to the South-west governors, notable traditional rulers and other leaders, telling them that an urgent security summit involving different leaders and groups should be convened to address the insecurity plaguing the area. But for months, no one heeded that call.

In July, Mrs Funke Olakunrin, daughter of Afenifere leader, Pa Reuben Fasoranti was attacked and killed by suspected killer herdsmen while travelling along the Ore-Lagos highway in Ondo State. Her death elicited anger and threats of reprisals and brought about renewed clamour for a security conference in the region.

Aare Gani Adams, while reacting to the issue, had cautioned that people might take the law into their hands unless the authorities acted promptly.

“Our people are not paper tigers and dogs that can only bark without biting. We know what to do to put a complete stop to the atrocities of the Fulani herdsmen. We are like the proverbial goat that is being chased. When it gets to the wall, it will surely face the chaser and fight back. We are at that stage now,” he said.

Although a security conference was organised in Ibadan, there was no visible roadmap to tackle the scourge. However, in September, the Inspector General of Police, Muhammed Adamu convened another stakeholders’ security summit in Ibadan, where he unveiled his agenda for the zone. He said the police were willing to work with organisations like the Gani Adams-led Oodua People’s Congress (OPC) and vigilante groups to tackle insecurity in the zone.

In his response, Aare Adams commended the police boss for the laudable initiative. He pledged to partner with the police to achieve peace and security in the region.

“Let me say it clearly that I am ready to support and partner with the police authorities in ensuring that the spate of insecurity in the country, especially in the South-west, is reduced drastically. We have done it before and we can still do it,” Adams said.

At the end of the summit, the police boss and state governors issued a communiqué stating that they would partner Aare Gani Adams- led OPC and other groups to ensure safety and security of the people the South-west.

Alaafin of Oyo, Oba Lamidi Adeyemi has also lauded the proposed partnership, saying it would definitely boost security in the South-west.

The security summit organised by the IG has since spurred a wave of activities in the region. Shortly after the event, the first Southwest Security Stakeholders Group (SSSG) meeting was hosted by Aare Gani Adams at Abule Egba in Lagos.

The groups said they would support the police, the governors and the traditional rulers to provide better security for the people.

In a chat, Aare Gani Adams said the strategy was to bring all the local security groups across the South-west together under one umbrella for them to join the police in tackling the seemingly intractable security challenges in the region.

He said the groups would work together round the clock to protect lives and property, adding that they would complement the efforts of the police and other security agencies towards achieving community policing in Nigeria.

The South-west Security Stakeholders Group, he further noted, would be used as a veritable medium to foster peace, love, understanding and unity among the paramilitary and security stakeholders in the South-west.

“The SSSG will continually bring all the stakeholders together towards achieving a common goal of protecting the South-west. We admonish leaders of these groups to sensitise their followers not to betray the cause. We also advise the police and all other security agencies not to see this partnership as a threat to their establishment, so that we can arrive at common goals and objectives. The group is ready to unite in its drive and commitment to ensure that the region is safe and secured,” the Aare Onakakanfo said.

Deputy National Commandant, Vigilante Group of Nigeria (South-west), Chief Jimoh Aliu, said the idea to form a formidable group was borne out of the desire to rescue the South-west from the menace of criminals.

“It is a child of circumstance, and a radical departure from the initial steps being taken by the South-west governors. And since the first SSSG meeting in Lagos, there has been a huge reduction in the spate of kidnapping, maiming, banditry and other crimes perpetrated on travellers on highways in the South-west. Within the period, there have been reports that efforts to make the South-west safe for Nigerians are beginning to yield positive results,” he noted.

Lagos State Commandant of VGN, Mr. James Udoma said the security agencies could not tackle the spate of insecurity bedevilling the country alone. He maintained that the agencies need vital information from people at the grassroots in the local communities in order for them to become more proactive in securing the area.

He commended Aare Gani Adams for championing the cause of the Yoruba people in all facets of life, expressing confidence that bringing various security groups together was one of the best ways of making the collaboration a huge success.

Mr. Babajide Tanimowo, a lawyer and General Secretary of the OPC, said the decision by the police to partner the OPC was a strong signal that the South-west would soon become hot for criminals. He urged all stakeholders to make the best of the partnership.

Leader of Southwest Agbekoya Group, Chief Olasukanmi Ahmed, in his remarks, urged the group to intensify efforts to build a practical and formidable synergy that would break the jinx of disunity in Yoruba land.

Aare Gani Adams expressed worry at the seeming nonchalance of the South-west governors. At a recent meeting of the SSSG in Ibadan, Adams said security of lives and property should not be politicised. He regretted that letters written to governors by him suggesting ways to tackle insecurity were never acted upon.

“It is true that herdsmen have been living with us in the South-west for years, and they tended their cattle without any problem. But at the moment, there are some bad elements among the herdsmen. Some Yorubas are even working for them as informants.

“We have a duty to get rid of these criminals in the South-west. That is the reason for organising the South West Security Stakeholder’s Group meetings. The first meeting was held in Lagos, and the second in Ibadan. Subsequent meetings will be held in Osun, Ondo, Ekiti and Ogun states.

“I learnt that some of our governors are waiting for approval from the Presidency before involving private security outfits. But in the North, there are various private security outfits working with the police. If our governors in the South-west are too jittery to act and guarantee the security of lives and property, which is their number one responsibility, we as a group will unite and send warning signals to these criminals that the South-west is no more save for them.

“In the North, they will forget political affiliations and pursue issues of common interest. Our leaders here politicise everything. But we will continue to involve other organisations, traditional leaders and political leaders, so that we can start speaking with one voice.”