Speaking at the event, the Chairman of the LGA, Fatai Adekunle stressed the need to curb youth restiveness through active participation in sports, adding that his administration has made it possible by building ultra- modern five-aside sports facilities and basketball courts with 24 hour solar powered lights across public schools in the area.

“The purpose of this is to take the kids off the streets, and replace it with something enticing. When we were growing up, we used to play in the sand using the black board as the goal post yet we played classic football in our time. I implore some of our big boys here present to support us by partnering with the public schools in Ajegunle which is over 78 schools.”

Awards/medals were presented to members of the LGA, the students who won in their categories, and the chairman was awarded the Grand Patron of Sports and Development. Also present was the former Super Falcons goalkeeper, Miss Ann Chiejile, who received an award for her contributions to female football.

In her remarks, she thanked the LGA chairman and the organisers for the initiative while wishing she could take back the hand of time to her own era when there was no synthetic football pitch.

She said during her time if they had the same opportunity like students now, they would have gone further. She also implored the students be hard working so as to be successful in life.

Other awards include the Pillar of Sports award which was presented to individuals who have contributed immensely towards the development of sports in the LGA. They included Mr. Micheal Orobosa, CEO of Mikura Shipping Ltd, Hon Kolawole Taiwo, Shuaibu Mohammed and Kelvin Irikefe.

In a chat with THISDAY, the Director General of the Ajeromi Sports Council, Mr. Mac-Anthony Anaelechukwu, who is the Chief Executive Officer of Peakline Sports, expressed delight at the huge turnout with dignitaries for the first time in 19 years and thanked the LG chairman who took over the competition since 2016 and constructed a pitch for that purpose. He reiterated his commitment to ensuring that the talents are going to be groomed so as to restore the glory of Ajegunle which is known as the home of sports. He said they have a work plan of 10 years to have the talents in the national football team, table tennis and basketball teams and there are plans to extend invitations to neighbouring communities outside Ajegunle in the near future. 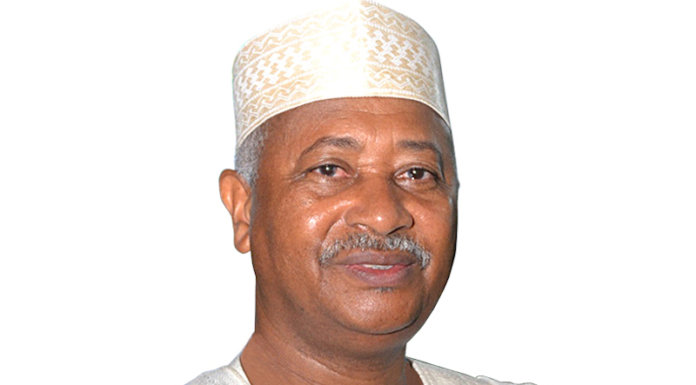