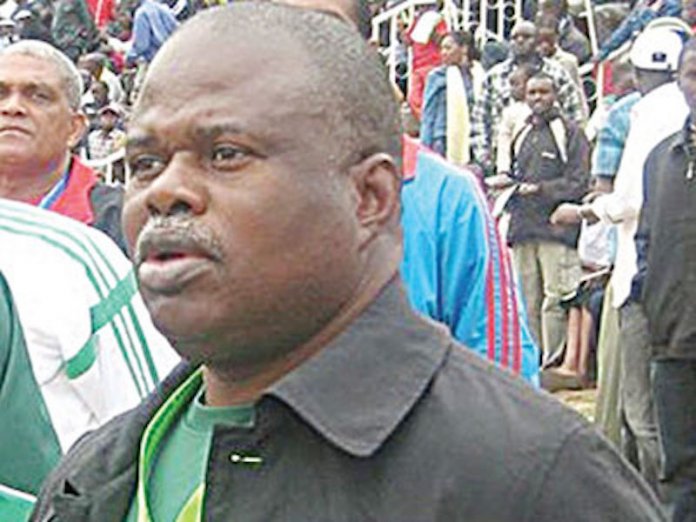 The Chairman of the Delta State Athletics Association, Solomon Ogba has resigned from the present board of the Athletics Federation of Nigeria (AFN).

Media adviser to the two-time former AFN President, Olukayode Thomas confirmed the development yesterday as he stated that Ogba chose to throw in the towel due to the undue interference in the activities of the AFN.

According to Thomas, Ogba is not comfortable with the dirty politicking that has taken over the AFN lately and that has informed his decision to quit the board.

He said Ogba who is an advocate of doing things right is not happy that the AFN constitution and rules have been relegated to the background while things are now done without recourse to the law binding the Federation.

“As an elder statesman in sports and athletics, in particular, Ogba said he cannot sit and continue to watch things done wrongly, though he has withdrawn from the AFN board, he will continue giving his support to athletics in Delta State and Nigeria as a whole” Thomas assured.

Meanwhile, the former AFN boss also shed more light into the missing $150,000 grant from the World Athletics body during the last Africa Senior Athletics Championships held in Asaba, Delta State.
Ogba described as untrue that the Athletics Federation of Nigeria, AFN got 150, 000 USD from the Confederation of African Athletics, CAA for the event.

He explained that the money from the CAA was explicitly given to the LOC to assist in the hosting of the continental championships and was never meant for the Federation has been erroneously suggested.

“It is a global norm that when cities are to host important events, governing and continental bodies give monetary and technical assistance to support the Local Organising Committees, so the 150,000 USD was assistance for the LOC, not AFN.

“FIFA does similar things in football just like other world sporting bodies,” he explained.

He wondered if the said $150,000 would have covered the magnitude of the budget spent for the 7-day programme which was adjudged one of the best organised continental showpiece.

He also wondered why accusing fingers are been pointed at the AFN and no one is talking about the N850m applied for by the Sports Ministry to support the African Championships.

“As at today, neither the LOC of Asaba 2018 nor anyone from Delta State has been informed about what happened to the 850m the Sports Ministry requested from the Presidency for Asaba 2018,” Ogba queried.

But in a swift reaction, some of the board members of the federation insisted that Ogba’s resignation from the board was an attempt to wave attention away from the $150,000 in question.

One of the board member, Brown Ebewele noted that Ogba should explain why the money was not paid into the federation’s account but a private account.
“When we hosted the African Junior Championships in 1997 in Ibadan,the IAAF gave AFN $90,000 to assist in the hosting of the championships,” he responded.