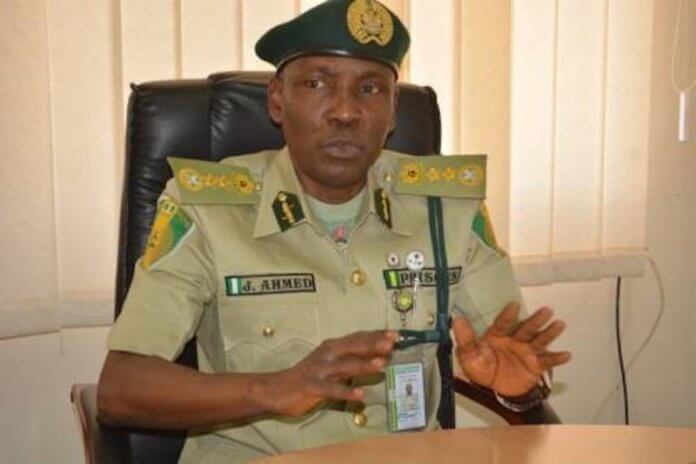 Ahmed, in a statement issued yesterday, described the incident as tragic and unprecedented, and assured that investigations were ongoing.

He noted that seven others were being treated in a hospital.

The statement was signed by the Controller of Corrections, Francis Enobore, for Ahmed.

“Early this morning, the Controller General of Corrections, Ja’afaru Ahmed, received with the deepest grief, the unfortunate death of five inmates of Ikoyi Medium Security Custodial Centre, Lagos, as a result of an electrical fault in one of the cells. This is indeed tragic and most ill-fated.

“The CG, who visited the scene of the incident with the Minister of Interior, Rauf Aregbesola, noted that it was the first time in the history of the NCoS to experience such a disaster. He, therefore, ordered an immediate investigation into the sad incident with a view to taking necessary actions in order to forestall future occurrence.

“He commiserated with the families of the deceased inmates and prayed for quick recovery of the seven others that are receiving treatment in the hospital.

“The CG wishes to assure members of the public that inmates’ safety and humane custody will continue to be a priority in his administration. He further restates his commitment to pursue the policy thrust of the federal government at improving the general welfare of inmates with the deserved fervour. “As of the time of the incident, Ikoyi Medium Security Custodial Centre built in 1955 for 800 inmates, had a population of 3,113 with 2,680 as awaiting trial persons. The particular cell where the disaster occurred has a capacity for 35 but held 140 inmates.”