Stakeholders in the aviation industry have expressed concern that one of Nigeria’s major airliner, Arik Air, may find it difficult to remain as a going concern due to alleged financial distress facing the company.

A reliable source, who pleaded anonymity, accused the management of misapplication of funds, deploying lean resources to lease aircraft and engines while it has many aircraft on AOG (aircraft on ground).

The management of the airline was also accused of lack of prudence, as another source alleged that it bought landing gear and other aircraft parts at very expensive prices in connivance with management officials, when there are other reliable sources where these spares could be bought at cheaper prices.
In addition, the source said since the airline was taken over on February 9, 2017, by AMCON, Arik Air had not been able to keep up to 10 aircraft operational.

“Despite the fact that the new management has over 16 aircraft at its behest, it has not been able to carry out maintenance on many of them; rather, it has secured two Bombardier CRJ 900 from a Tunisian airline on wet lease agreement and it has been looking to lease more aircraft from unwilling lessors.

“Arik has lost about 40 per cent of its 3,000 staff, closed some local destinations, stopped all its international destinations: London, Johannesburg and New York and is alleged to be currently facing cash crunch and may not be bailed by AMCON, which is a subsidiary of the Central Bank of Nigeria (CBN),” the source added.

THISDAY investigations also revealed that Arik Air currently has about three Boeing 737 and Bombardier Q400 aircraft with two Tunisian aircraft.
Out of four Q400 aircraft in the fleet, only one is operational, the five Bombardier CRJ 900 aircraft are out of service and about seven of its Boeing 737-700 and 800 are also out of service.
About four of the aircraft are on C-check maintenance overseas but the airline has not been able to bring them back due to paucity of funds.

“Apart from the four aircraft in operation, others are in need of engine or in need of C-check, but indications show that there are no plans to revitalise them. As they are parked there they are deteriorating. They have five CRJ 900 but none is flying. They have a lot of engines that are due for overhaul, but there is no concrete plan to overhaul them.

“You need to put huge amount of money on airline that is underperforming in order to restart it, but the funds the management received were misplaced. Instead of reviving existing aircraft, the management decided to pay vendors. They should have put the aircraft in the air first,” the source added.

However, Nwauzor, in responding to the allegation on the attempt to lease aircraft, a Boeing 737 Classic, said it was not true that the airline tried to lease any aircraft.
“This claim is completely false. Arik was at the air show to discuss new planes and the future of Arik with important stakeholders. We have two running wet leases and have others being considered for approval. You do not go to air show to seek wet leases.

“The source of this information is uninformed. We have several unsolicited wet lease offers. We carefully check to see what will be appropriate for the company. However, as an airline, we face challenges in the international space because the airline has been battered by years of wanton defaults on agreed obligations to reputable third parties like Lufthansa, AFREXIM, Amadeus, KLM, EDC, etc.

“We have fixed some of these relationships and the impact will be felt in 2020. We are current on all new obligations and enjoy the respect of counter parties we do business with. We are quite proud of this,” Nwauzor said.
The AMCON spokesman who said that all planes were preserved “appropriately” added that the airline’s current management has disposed critical debts.

“We have resolved virtually all debts to counter parties that are critical to Arik’s operations, such as fuelers, handling organisations, etc. And we are current on new obligations to FAAN (the Federal Airports Authority of Nigeria), the (Nigeria Civil Aviation Authority) NCAA and (the Nigerian Airspace Management Agency) NAMA.
“We have entered into productive settlement arrangements with over flight agencies in Europe and countries relevant to Arik’s current operations, including Cape Verde. The Afrexim obligation is positively resolved,” he said.
Nwauzor stated that the airline currently has eight airplanes and confirmed the wet lease relationship with Tunisian airliner.

According to him, in terms of profitability, “Arik is EBITDA (Earnings before interest, tax, depreciation and amortisation) positive. However, profits made are only used to keep the company operational. AMCON and all Nigerian banks are on standstill on pre receivership obligations.”

Nwauzor also said the company was being run professionally, its operations is EBITDA positive, customers’ confidence is restored and on time performance (OTP) is over 70 per cent from as low as 30 per cent when it was taken over and load factors on domestic routes are over 80 per cent.

He said Arik Air flight cancellation had gone down to one per cent, from 40 per cent, salaries paid as and when due, pensions being remitted and the workers are happy, while all current financial obligations are being met, including that of the aviation agencies.

Nwauzor, said the company’s operations were being prepared for AMCON exit.
On the sack of workers in Arik Air, he said, “AMCON met a workforce of about 2,000. We have about 1,800 currently. We basically replaced expatriate staff where we had competent local replacements. We now have more Nigerian pilots than ever before.

“They are professionals, respected and making the country proud. Most Nigerian jobs have been secured and enhanced. It is the best time ever in Arik for staff. We are training and exposing local engineers like never before.”
On the parked aircraft that are not being maintained, Nwauzor said, “The cost of overhauling the engine of a B737 700 or 800 is equivalent to the cost of buying a classic B737 300. The prudent practice is to maintain reserves. Arik under the erstwhile management before AMCON intervention did not maintain reserves.

“Under the current team, we have fixed over eight B737 engines and carried out more than 15 C-checks. More are in shops. We overhauled engines of Q400 under a well worked out arrangement that exemplify what you can achieve with counter party trust. We are executing a programme of C-checks and engine overhauls in an orderly manner.”
On the sale of the airline he said the old management had been given the opportunity like other Nigerian business owners to repay the loans under reasonable conditions mutually agreed.

“They, however, could not pay as agreed. Under the debt-ridden state, interest from investors is low. However, appropriate accounting and financial steps are being taken to prepare the company for investors. Without significant debts, the airline is attractive, as Nigeria remains strategic to a successful aviation industry in Africa.
“There are interesting offers on the table and will be considered in due time. Just for your information, AMCON controlled airlines now control over 50 per cent of domestic passengers’ uplift. This will increase in the coming months before an orderly exit,” the AMCON spokesman explained. 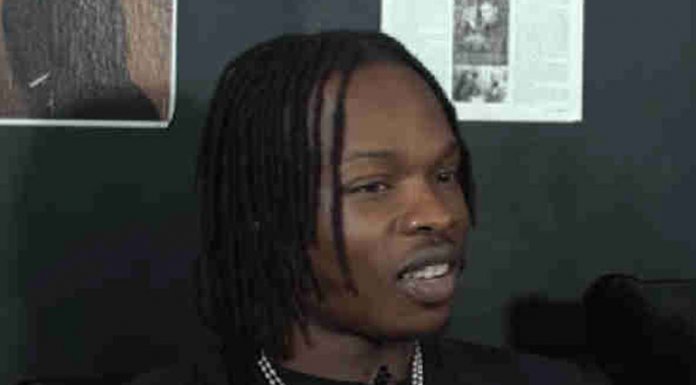