The Chief Executive Officer of Union Bank of Nigeria Plc. Mr. Emeka Emuwa, has provided insight on the N1 billion Bankers’ Charitable Endowment Fund that was announced by the Central Bank of Nigeria (CBN) Governor, Mr. Godwin Emefiele in Lagos at the weekend.

Emuwa, who spoke at the Chartered Institute of Bankers’ of Nigeria (CIBN) annual dinner, said for 2020, the N1 billion would be devoted to the funding of education.

Under the initiative which would commence next year, the CBN and banks, under the aegis of the Bankers’ Committee, would allocate N1 billion to the funding of a major charitable initiative every year starting in 2020.

According to him, the committee agreed that for next year, they would use the fund to intervene in Bridge International Academy, to support the roll out of the educational institution in more low income communities across the country.

The schools would be driven by technology, Emuwa added.

“I hear people say the banks are not supportive. But, this is a clear evidence of what the banks have been doing. The Endowment will fund development programmes and initiatives in strategic areas.

“For 2020, we have selected education. Education is what we are going to focus on in 2020. We have chosen Bridge International Academy. The endowment fund would fund the role out of Bridge International Schools in low-income communities across the six geo-political zones.

“So, in those low income communities, we would be pushing for high quality education, driven by technology. Technology will be the game-changer in delivering quality education in Africa going forward,” the Union Bank chief said.

According to him, with Nigeria’s population growth rate at 2.6 per cent, there is need to get education across to people who do not have the means.

“So, this is what we want to use the fund for.  A detailed roll-out plan would be provided by the Bankers’ Committee and this would kick off in the first quarter of 2020.

“You know as banks, we are used to competing and fighting for market share, but now we are coming together to do something that is not generating income for the respective banks, but we are collaborating for national benefit. This, would also promote financial inclusion in Nigeria,” Emuwa added.

Emefiele, had said the fund would be taken from the Agric-Business/Small and Medium Enterprises Investment Scheme, which is a fund that was set aside from the five per cent of banks’ annual profit.

The CBN Governor pointed out that the Bankers’ Charitable Endowment would directly fund strategic social programmes in states and local communities across Nigeria.

“This fund is a first of its kind in any industry in Nigeria and my hope is that it will spur a trend across other industries and sectors to collaborate and work together to better the lives of all Nigerians.

“The CBN remains open and committed to working with all well-meaning parties towards supporting the growth and progress of our country Nigeria,” he explained.

Bridge Academy began in order to help solve a single, seemingly intractable problem. The school helps children in parts of the world where there is a shortage of learning, by boosting government schools or running complementary community schools.

Since 2007, it has reached 750,000 children through hundreds of schools across Africa and India.

“We believe every child has the right to high-quality education. We work in partnership with governments, communities, teachers, and parents to support and deliver quality education to for primary and pre-primary children in developing countries.

“We are data-driven and evidence-based and our model adapts to the needs of individual governments. We have re-engineered every part of the education system, from teacher training and support, to lesson delivery, construction, and financial administration; making government schools and community schools  as effective as possible.

“In Nigeria we are supporting the government to improve every primary school and teacher in Edo state. In Liberia we are part of a public private partnership, and in Andhra Pradesh—south-east India—we have an infrastructure partnership. In East Africa Kenya, we run community schools. Our model holds us accountable governments and families and we are flexible about our approach so long as we can serve more marginalised communities and improve learning outcomes for children,” the school stated on its website.

A legal consultant and Senior Partner, Olaniwun Ajayi -LP, Mr Muyiwa Balogun, has advised the Asset Management Corporation of Nigeria (AMCON) and Judges of the Federal High Court of Nigeria (FHC) to leverage the 2019 Amended AMCON Act and declare the corporation’s obligors who are holding public office bankrupt.

The new 2019 Amended AMCON Act, which was signed into law by President Muhammadu Buhari earlier in the year provided AMCON with sweeping powers, to help the corporation recover its outstanding debt of over N5.4 trillion.

Balogun, who reviewed the new AMCON Act 2019 at a one-day Seminar for Judges of the FHC in Abuja, at the weekend, argued that the only alternative to the recovery challenge was for the judges of the FHC to take the matter as a national assignment and explore all the powers of the new amendment.

In attendance at the seminar were the Acting Chief Judge of the Federal High Court, Hon. Justice John Terhemba Tsoho, officials of the National Judicial Institute (NJI), the management of AMCON and officials of Legal Academy. Balogun, said the Judges of the FHC, which incidentally is AMCON’s court of first instance should as a matter of fact support the corporation to explore the bankruptcy proceedings as provided by the amendment, which he said will at least make it possible for AMCON to rubbish its debtors that are holding public office as persons of no integrity and so cannot hold such office.

According to him, “Once you are declared bankrupt, you cannot hold public office. Today, we have AMCON debtors making laws for the Federal Republic of Nigeria. AMCON with your support, needs to go to court and declare such individuals bankrupt. Given the sunset period of AMCON and the fact that the debt we are talking about is the commonwealth of Nigeria, it would not be out of place to take the full advantage of the bankruptcy power among other special powers in the new amendment.”

The concerned lawyer who stated that the bankruptcy proceedings have been explored in other climes to address similar matters argued that there was no reason why it should not work in Nigeria.

He aded, “As a way of being proactive with the new amendment of the AMCON Act, let us test the bankruptcy proceedings because it will be effective. In other jurisdictions, this has proved to be a very potent tool and why not in Nigeria.”

Balogun further painted a gloomy picture of what could further befall the already challenged Nigerian economy, if the debts were not recovered in good time before the sunset period. He said if the Federal High Court Judges and indeed the judiciary do not support AMCON, the debt profile of the corporation can easily rise to a whopping N6.6trillion by 2024 since AMCON still owed the Central Bank of Nigeria (CBN) N4.5trillion just as it is still battling with N1.7trillion of Assets Under Litigation (AUL).

The debt burden, he explained, would eventually become the burden of the federal government and by extension taxpayers. This, was why he said there was need for speed from the angle of the courts.

He said it was immoral to allow the obligors go away without punishment especially since both the Holy Bible and the Quran, which incidentally are the dominant religions in the country abhor people who borrow without the intention to pay back.

On his part, AMCON’s Managing Director/Chief Executive Officer, Mr. Ahmed Kuru, said even though obligors of AMCON have been working hard to stretch AMCON to the sunset period, the corporation, under his leadership was determined to achieve its mandate within the limited time available (and within the law).

The amendment, he stated can only be as effective as the judiciary pronounces on its provisions within the interpretative powers vested by the Constitution of the Federal Republic of Nigeria 1999.

“On our part, we will continue to sensitise our external solicitors on the best approaches in presenting AMCON cases to the courts. During our recent interaction with our external solicitors we conveyed some of our concerns and implored them to properly equip themselves with the unique provisions of the amended AMCON Act as well as the Practice Directions whenever they appear before Your Lordships. AMCON is committed to achieve its mandate within the limited time available (and within the law) and we recognize the crucial role of the judiciary in this effort,” he added. 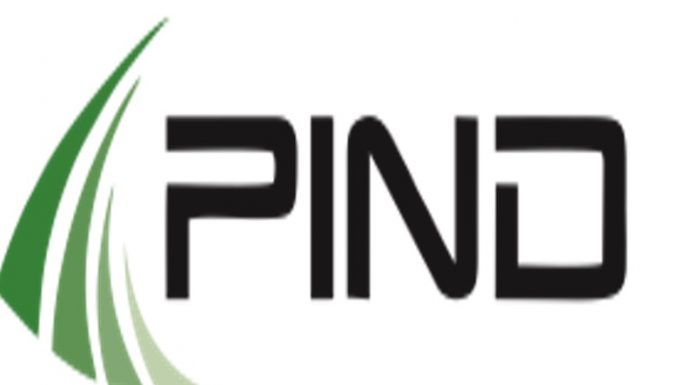