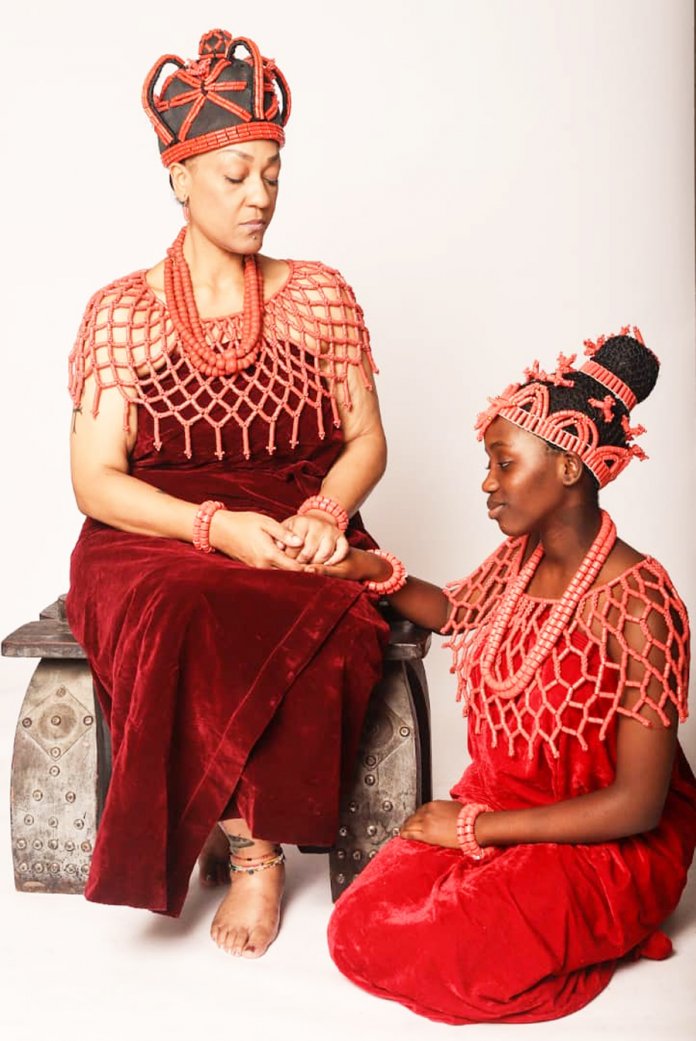 The show was graced by the wife of Edo State Governor, Mrs. Betsy Obaseki, who remained highly ecstatic at the beautifully woven story. Other prominent Nigerians that saw the show were the Director General National Council for Arts and Culture, Otunba Segun Runsewe and the legendary maestro Sir, Victor Uwaifo. The Edo State Government was represented by several top officials.
Emotan is a powerful exposition, which tries to retell the wonderful story of the deity, Emotan and the role she played in stabilising the Monarchy. She was also credited with setting up the very First Kindergarten in the City.

Her story remains very critical as the state attempts to unravel the scourge of human trafficking and its effect on the society.
Emotan was the custodian of Bini children as their mothers went to the markets. The values she instilled in the wards under her care is said to have gone a long way in building the Ancient Benin Kingdom into the power house it was.
Emotan brings to the fore once again the budding and sweetly apportioned creative partnership between Edgar and massively talented Director and Thespian William Benson who has scripted three out of four Duke of Shomolu offerings.

The partnership also berth Isale Eko, which was nominated for an Award by the Dancers Guild. Emotan stretches the creative inputs of both artistes as it will see the most expensive costumes on display on a Nigerian stage. William broke all limits in building the costumes with the strong desire to replicate and throw up the Benin ancestry in a way audiences have never before seen.

Parading a huge cast in excess of Fifty with the most influential actress in the country – Elvina Ibru, Emotan is geared to deliver breath taking dance and song sequences that will take audiences into the exotic and rich Benin Ancestry driving them through the drama, suspense and intrigues that remain essential to nation building while not forgetting the powerfully entrancing romance and love affairs that wafted through the tensions of the era.
The Bini traditional dirges, adding more than enough spice making the production a must watch.