The Nigerian community in South Africa sighed in relief as that nation’s court, yesterday, returned a guilty verdit on a police constable, Austin Luciano Reynolds for the 2018 killing of an unarmed Nigerian, Ebuka Emmanuel Okoli. According to a statement by the President of the Nigerian Union in South Africa (NUSA) Adetola Olubajo, the South African court, yesterday, found Reynolds, a twenty-four-year-old police constable, guilty of killing Okoli during a raid on his home in Durban on January 19, 2018.

Olubajo said, “NUSA welcomes the judgment of Judge Shyam Gyanda on the brutal murder of Late Ebuka Emmanuel Okoli who was shot by a young police constable in Durban on 19th January 2018.

“The accused was found guilty on all four charges, one charge of murder and three charges of robbery. The accomplice of the accused during the illegal raid turned state witness.

“He was robbed, tortured, handcuffed, and later shot at close range by the officer who was off-duty at the time of the raid.

“We have been monitoring the case since the inception and very grateful and appreciative of the role played by the Independent Police Investigative Directorate, because without them, this case would have been one of the numerous unresolved murder cases of Nigerians in South Africa.”

The inefficient service delivery system which has triggered the socio-economic conflicts in South Africa has exposed the Government’s inability to dutifully serve the people.

Prior to 1994, immigrants from elsewhere faced discrimination and even violence in South Africa. After majority rule in 1994, contrary to expectations, the incidence of xenophobia increased. Between 2000 and March 2008, at least 67 people died in what were identified as xenophobic attacks. In May 2008, a series of attacks left 62 people dead; although 21 of those killed were South African citizens. The attacks were motivated by xenophobia. In 2015, another nationwide spike in xenophobic attacks against immigrants in general prompted a number of foreign governments to begin repatriating their citizens. A Pew Research poll conducted in 2018 showed that 62% of South Africans viewed immigrants as a burden on society by taking jobs and social benefits and that 61% of South Africans thought that immigrants were more responsible for crime than other groups. Between 2010 and 2017 the immigrant community in South Africa increased from 2 million people to 4 million people.

A group, Progressive Niger Delta Youth Movement, while congratulating the Senate for prompt clearance of new members of the Board of Directors of the NDDC, has requested President Muhammadu Buhari to allow the Interim Management Committee (IMC) of the Commission more time to enable the forensic audit of the Commission be done without undue interference and influence.

In a press statement signed by C.J Henry, its National Coordinator, the group stated that the current Interim Management Committee should ensure that the forensic auditors “properly sweep out every corrupt foundation that has existed in the Commission which may prevent the genuine intention of its incoming Board”, noting that “it will be very easy to ambush or negatively influence the audit committee if a different body is allowed to saddle the Management of the Commission”.

They noted that the audit committee had come to fulfill one of the core mandate of the Commission- to identify the factors inhibiting the development of the area and assist the member states ensure efficient management of the resources of the Niger Delta.

They called for the support of every progressive minded Niger Deltan and Nigerians in general for the Committee and the Minister of Niger Delta and threatened that “any attempt by  any one or group to sabotage Mr President’s directive to properly audit the NDDC and bring development to the Niger Delta will meet vehement resistance by Niger Delta Communities”.

The group further commended the President for flagging off the Ogoni Clean Up exercise and restoration of aquatic habitats and fertility of the soil of the Niger Delta region. 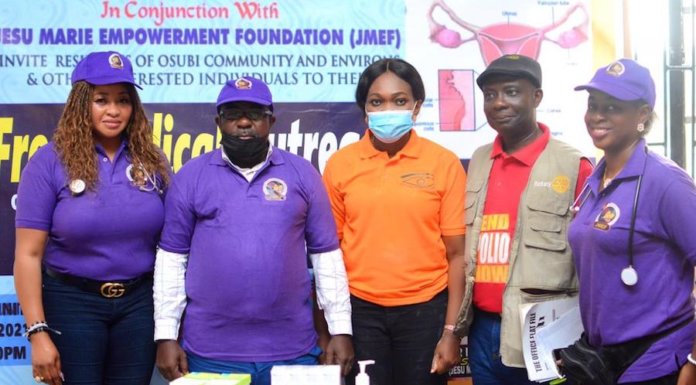