A new chapter has been opened in the history of Nigerian Schools Sports Federation (NSSF) as a new executive to be presided over by Mrs. Olabisi Joseph has been elected to serve for another four-year term.

At the AGM/Election held at the Teslim Balogun Stadium thursday, Joseph, a former Secretary General of the federation was unanimously elected as the new president that will take over from Malam Ibrahim Muhammed who has been paddling the canoe of the federation since 2008.

Austin Jonah is now the new scribe while Funsho Oba will assist him. The treasurer is Dickson Monday, while Emmanuel Ebong and Mrs. Anthonia Nwaneri are Vice Presidents 1 and 2 respectively.

Fowolu Robinson Olasida is the Financial Secretary, while Marcus Amabu is Vice President 4 while Abdullah Charanche and Affos Musa Emmanuel are auditor 1 and 2 respectively. Former President, Malam Ibrahim Muhammad is the an ex-officio.

In her acceptance speech, Joseph lauded the delegates for electing her as president, while promising to improve the fortune of the federation.

“I want to sincerely express my deepest appreciation to the entire NSSF family for the confidence repose in me and my executive to paddle the canoe of this great body in the new dispensation.“It is such an honour to be elected as the President and I am humbled that you would place your faith and trust in this new executive. This is a responsibility that we will not take lightly, and I with my team, we will endeavour to continue where our predecessor stopped with the utmost effort to improve on the lots of NSSF.”

Most importantly, I thumb up to NSSF family and friends for their unending support. My gratitude goes to those who believe in us that having been part of this great body, we can together work hard to better the lots of Nigerian students through sporting activities,” she said. 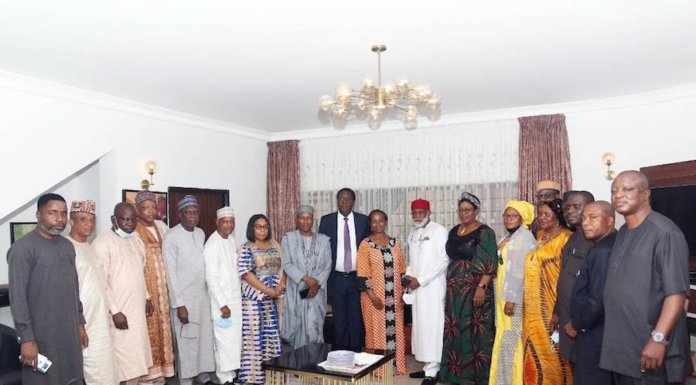