Minister of Transportation, Rt. Hon. Chibuike Rotimi Amaechi has said that with the level of infrastructure been put in place in the rail sector of the economy by the federal government; the country stands the chance of developing technology which can be used for constructing its own rail lines without any foreign intervention in the next 10years.

Amaechi dropped the hint recently in a chat with newsmen in Abuja. He noted that the Ministry of Transportation would ensure a systemic transfer and localisation of rail technology to qualified Nigerian Engineers by the major Contractor, China Civil Engineering Construction Corporation (CCECC) handling the construction of Railway in the Country.

The minister reiterated that the Federal Government has just awarded a contract worth N500 million dollars to CCECC to supply rolling stocks, build locomotive and wagon factories in the country noting that it would facilitate and boost the eventual transfer and localisation of technology.

According to him, when the Kajola Rail Wagon factory in Ogun State begins full operations, CCECC would be able to assemble wagons and produce rolling stock locally.

The minister explained that the proposed transportation university by the the Federal Government in Daura, Katsina State would produce transport experts that would be able to create rail technology and maintain the rail lines in the country.

He said: “The wagon factory in Kajola, Ogun State in a way is localisation of railway technology but, beyond that by December 2, we will lay the foundation of Transportation University which is being handled by CCECC and the course of study at the university is to teach Nigerians railway technology, that is one step in localising the railway technology”.

“We also intend to build the sleepers factory in Kaduna or Zaria, that is another way of localising the technology, so all we are trying to do is for the Chinese to transfer the technology back to Nigerians, so that in the next five years maintenance of rail will be done by Nigerians, we are hoping that in the next 10years Nigeria should be able to construct its own rail lines”.

Speaking on the security situation on the waterways, Amaechi said the federal government has awarded a contract of 195million dollars to launch security equipment on the waters to protect vessels and those who ply the waterways.

He added that the combined team of the Nigerian Army, Police, Air force and Navy were already undergoing some training on the use of the equipment.

*Okpara wrote in from Abuja. 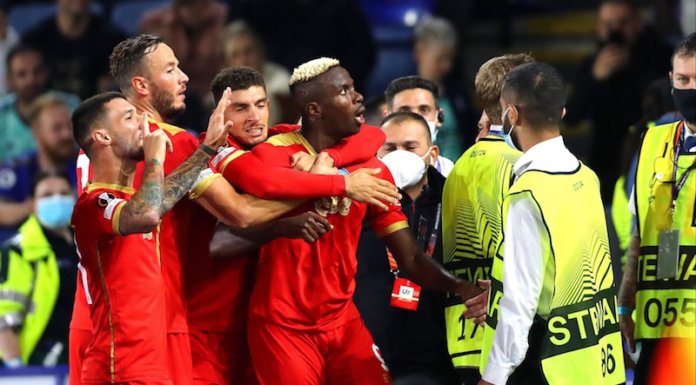