The former Senate President, Dr. Abubakar Bukola Saraki, has described the move by the Economic and Financial Crimes Commission (EFCC) to file another process in the Federal High Court, Lagos, in which it is seeking the interim order of the court for the forfeiture of his home in Ilorin as a clear abuse of the court process, a violation of an existing order of a court of similar jurisdiction and disrespect of the judicial institution.

Saraki said the current effort by the EFCC “amounts to forum shopping, which shows that the EFCC is only engaging in act of vendetta as opposed to fighting corruption.

He declared: “This action of the EFCC runs contrary to the statement of the nation’s highest ranking judicial officer, Hon. Justice Ibrahim Tanko Mohammed who stated that: “The rule of law must be observed in all our dealings and we must impress it on the governments at all levels to actively toe the path. The right of every citizen against any form of oppression and impunity must be jealously guarded and protected with the legal tools at our disposal. All binding court orders must be obeyed. Nobody, irrespective of his or her position, will be allowed to toy with court judgments. As we all know, flagrant disobedience of court orders is a direct invitation to anarchy in the country. Such acts are completely antithetical to rule of law in a democratic environment and will not be tolerated under my watch as Chief Justice or Nigeria.”

Saraki, whose reactions was contained in a press statement issued yesterday by his Special Adviser, Media and Publicity, Yusuph Olaniyonu, said that he was equally surprised that EFCC, which prided itself as an institution that is built on the rule of law, would decide to ignore the existing order of the Federal High Court, Abuja that restrained the commission from seizing, impounding, taking over, confiscating or otherwise forfeiting his right to own and peacefully enjoy any of his assets and properties.

Olaniyonu noted: “Again, instead of the EFCC consolidating its cases by joining the new application with the old one it earlier filed through which the commission got an interim order of forfeiture which is already being challenged by Dr. Saraki in the Federal High Court, Lagos, it decided to proliferate litigation by filing a fresh matter, all in an attempt to embarrass the former Senate President and ignore an existing order. The commission was engaging in this rigmarole in order to ensure it has different cases before different judges against the same person.

“The decision of the EFCC to file for a forfeiture order before a Federal High Court in Lagos on a property based in Ilorin also amounts to forum shopping, an act which an institution which seeks to be respected in the international community should not engage in. The new move only shows the level of desperation of the EFCC to nail Dr. Saraki at all cost and by all means possible.

“However, we will like to put it on record that the Ilorin home of Dr. Saraki was built after he left office as governor and came about through his lawful pensions and personal fund. The application for forfeiture of this property therefore amounts to witch-hunt, abuse of power and miscarriage of justice.

“While we insist that Dr. Saraki is ready to meet the anti-graft agency in court, we reiterate the firm belief of the former Senate President in the rule of law, the sanctity of the judiciary and ability of the nation’s courts to serve the cause of justice in all matters and to all persons.” 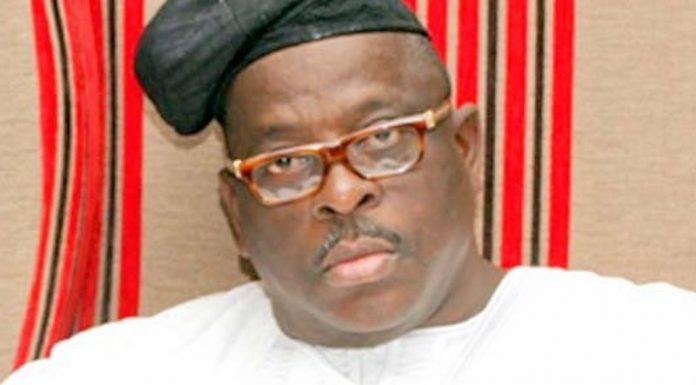