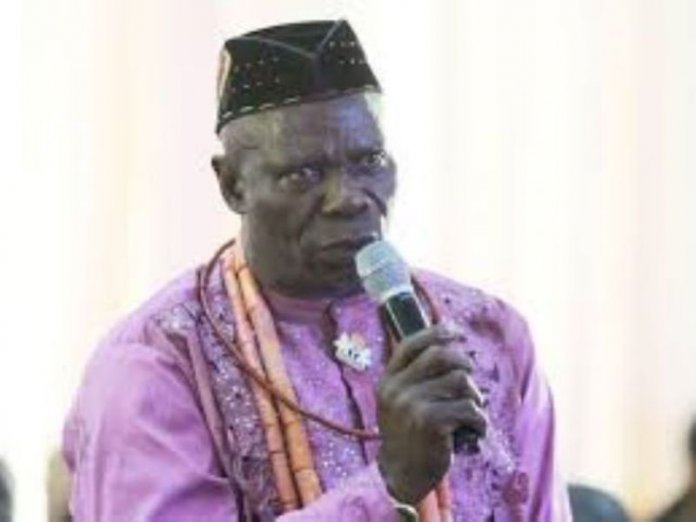 The leadership of the Host Communities of Nigeria (HOSCON) has written a letter to President Muhammadu Buhari over the continuing delay in the inauguration of a new Niger Delta Development Commission (NDDC) Board, maintaining that the issue was capable of causing a disruption of the fragile peace in the region.

HOSCON Chairman, Dr. Mike Emuh, who disclosed this yesterday, said the host oil communities were uncomfortable with the daily reports coming from the Federal Ministry of Niger Delta Affairs under Godswill Akpabio, especially the alleged ‘illegal’ operation of an interim committee even after the screening and confirmation of a substantive board.“As a grassroots mass movement, the leadership of HOSCON must live up to its traditional mandate of projecting and protecting the interest of all oil/gas producing communities in the Niger Delta region. It is on this mandate that we draw your attention to the current situation in the Niger Delta region.

“Especially as it relates to the three-member Kangaroo Interim Management Committee (IMC) put in place by the Minister of Niger Delta Affairs, Chief Akpabio. We are disturbed that even after the screening/confirmation of the NDDC Board members nominated by yourself, the three members still operate illegally when in the actual sense the NDDC Act 2000 does not recognise interim management,” HOSCON chairman said.

HOSCON, in a statement by its National Director of Media and Publicity, Mr. Monday Whiskey, argued that the right thing to do now, according to the NDDC Act 2000, should be the inauguration of the already screened and confirmed nominees under the chairmanship of Dr. Pius Odubu and Bernard Okumagba as Managing Director.

“As critical stakeholders in the Niger Delta project, we are worried that except Your Excellency takes an urgent step by doing the constitutionally needful by inaugurating the NDDC board, the region is sitting on a keg of gunpowder that can explode at any time. We are afraid that this may have negative effect on your transformational agenda for the region.

“Furthermore, we wholeheartedly support your administration’s desire to carry out a forensic auditing of the financial books of the Niger delta Development Commission (NDDC) in the past 19 years of its existence. We know that the only thing that will be result-oriented is for such an audit to be thorough and daring.

“Such effort is capable of returning a lot of contractors back to site and that in return will fast track development of the region. The leadership of Host Communities of Nigeria also believes strongly that the proposed forensic audit of the NDDC will be beating a child for stealing meat from the pot of soup while in the actual sense the man who carried the entire pot of soup is moving freely.

“No forensic audit will be more meaningful to the people of the Niger Delta without the federal government beaming its searchlight on the financial recklessness and open looting that have bedevilled the 13 per cent derivation funds in the past 19 years,” the group alleged.

HOSCON added that it was saddened that over N44 trillion had allegedly been collected by governors of the oil producing states in the past 19 years, maintaining that the monies were allocated primarily to develop and compensate for the environmental vandalism and loss of productive farm land and fishing right of the people, but were misused.

“Our people will be more appreciative if your administration’s anti-corruption effort is beamed on this highly inefficiently operated regime of the 13 per cent derivation funds,” HOSCON further alleged.

The communities also pleaded with the President to heed their request for the redirection of the 13 per cent derivation funds through a Presidential Derivation Committee (PDC) and State Implementation Committee (SIC) as being clamoured for currently by stakeholders in the Niger Delta.

The Way Out of the Ruling Party’s Conundrum