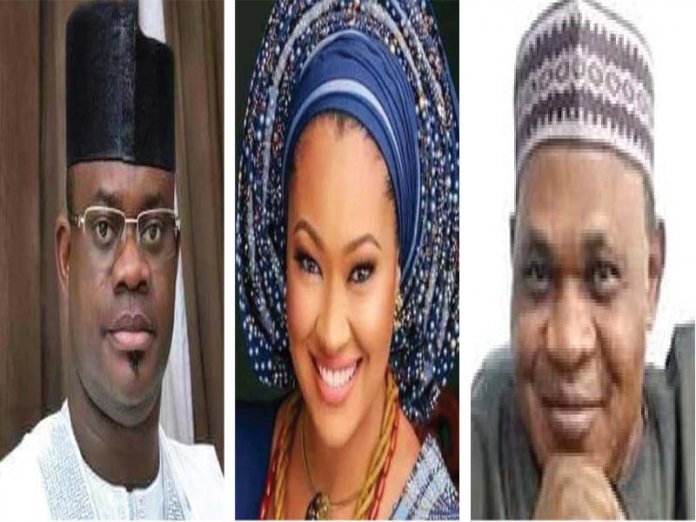 Echoes from the conduct of the recent November 16 governorship election in Kogi State continues to reverberate round the world as concerned citizens condemn the unfortunate incidents and inadequacies that characterized the election. Many are crying fouls as result of losing the election.

In any contest, there is always a winner and loser, but in the Nigerian context the losers are always in the forefront of making noise to show that all was not well, whereas the story would have not changed if they had been on the other side.

This is the scenario in Bayelsa and Kogi states in last one week. It has been a litany of accusations and counter accusations from the two major political parties; the ruling All Progressive Congress (APC) and the Peoples Democratic Party (PDP) in Kogi state.

Apart from reports of violence in some polling units across the Confluence state, those who have lost their loved ones to use of physical force during the electoral process will continue to remember the unexplainable circumstance through which they died.

The election was characterised by widespread violence, snatching of ballot boxes, intimidation of voters, vote buying and voter inducements across local government areas in the state. While two of the victims were from Abocho in Dekina local government in the eastern flank, three others were killed in Lokoja in the process of ballot box snatching at a polling unit at Adankolo in the capital city.

A particularly sad incident was the gruesome murder of a 60 year-old PDP women leader who was allegedly burnt to death in her house at Ochadamu in Ofu Local government area of Kogi State.

The winner and the incumbent governor, ,Yahaya Bello has explained that there were pockets of violence, but that these were not enough to call for cancellation of the entire process. While receiving his certificate of return at INEC state headquarters in Lokoja last Thursday, he admitted there some violence during and after election.

He pledged that his administration will partner with security agents in the state to fish out all those who perpetrated violence particularly the gruesome murder or the 60 year-old woman leader by unknown assailants in Ochadamu, Ofu Local government with a view to bringing them to book.

However, the election has been won and lost, the winner and loser respectively have been decided by the Independent Electoral Commission (INEC). The incumbent Governor and APC candidate Yahaya Adoza Bello, secured the highest number of votes, polling 406, 222 votes to beat his closest rival, the PDP candidate, Musa Wada who scored 189, 704 votes, while the second runner up, the SDP candidate, Natasha Hadiza Akpoti garnered only 9,482 votes.

Professor Garba Umar, the Returning Officer for the gubernatorial election stated that, ‘the APC candidate, Yahaya Bello having satisfied the requirement of law and scored the highest number of votes is hereby returned as winner.’

Be that as it may, the candidate of major opposition party, PDP Musa Wada has rejected the outcome of the election.
Wada disclosed this at a press conference at the Suitorial Hotel in Lokoja

“It’s just a mere formality to impose their stooge on the people of the state. He condemned the security agents and describe them as a disgrace to the nation’s democratic system.”

He vowed to challenge the abnormalities in the court of law and ensure he gets justice. He expressed sadness over the roles the men of the Nigeria Police played during the crisis ridden election “If what happened on Saturday is what we all believe to be an election, our democracy is far from what the world thinks of it ,” he stressed.

As if this was not enough, some observers initially called for cancellation of the election where there were proven cases of violence. By the following day, however, they were singing a different tune, calling for total cancellation of the whole exercise.

Centre for Democracy and Development described the conduct of the election as falling short of public expectation in spite of the public outcry against electoral violence in the state. He lamented that there was coordinated and systematic use of thugs to intimidate voters, adding that this fell short standard practice.

In the their contrary opinion, a coalition of 16 INEC accredited civil society observer groups that monitored the Kogi gubernatorial and senatorial elections disclosed that though violence occurred during the election, it was not enough to justify calls from some quarters for cancellation of the entire elections.

The coalition at a press conference in Lokoja stated that they observed the elections in Kogi on November 16, adding that it was observed that the voters came out early in large numbers.

The coalition noted that the voters were seen in a good number of instances waiting for electoral officers and materials. “Voters were able to exercise their franchise in an orderly and peaceful manner. The elections were smooth and successful in most areas across the state as observed by our members.

“Voting commenced slightly behind schedule in many places but this lateness was generally offset by hitch-free and speedy conclusion, except in some areas for reasons which we will state later.

“Elections in a few polling centres were marred by violence, ballot box snatching and other forms of disruption, by hoodlums, some of them in police uniform, working for unknown principals. The coalition calls on the Nigerian Police and other law enforcement agents to unearth the faceless individuals behind such criminal activities.

They were of the view that INEC deployed over 16,000 persons including regular and ad hoc staff for the election. The coalition considered this adequate and reports that observable hitches relate to quality (character and training), rather than adequacy in numbers of electoral officers.

“The use of technology, particularly the smart card readers presented minor challenges but the INEC generally resolved this or effected lawful alternatives. Coalition noted the usual problems with some voters not finding their names in the displayed voters registers. In some instances, the affected voters had presented themselves at the wrong polling units and had to be re-directed.

They further argued that in other instances, however, it seemed clear that the names of some voters were totally missing, or the list containing their names (alphabets) were not displayed, or were displayed late. Though incidents of this nature were relatively too few to impact the results of the elections, the coalition still advises the commission to do better in future elections.

“The Coalition observed incidences of violence which affected a few polling units across the state. The severity of such incidences were more pronounced in certain areas, particularly Lokoja. This is because of the sophistication of the operations in the affected units in the state capital.

Coalition however noted that while the worst act of violence disrupted polling in the affected units, the actual damage to the electoral outcomes remained minor overall.

The Coalition also in comparison to franchised rigging malpractices such as hijack and unlawful thumb-printing of ballots on a massive scale, ballot box snatching tends to affect much fewer votes and therefore wondered that politicians and their thugs still resort to it.

A coalition of 16 INEC accredited civil society observer groups that monitored the Kogi gubernatorial and senatorial elections disclosed that though violence occurred during the election, it was not enough to justify calls from some quarters for cancellation of the entire elections