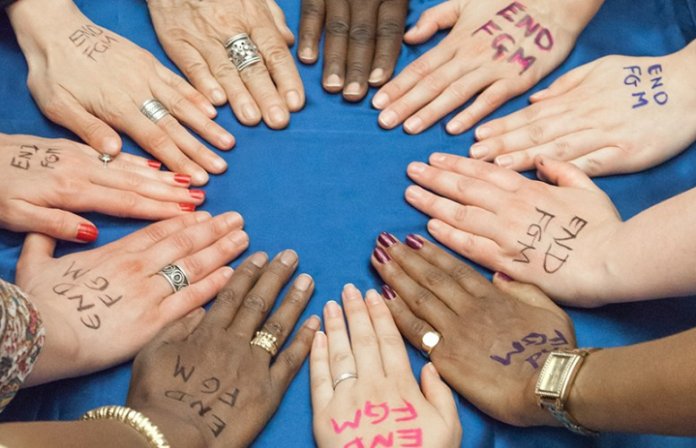 Eleven communities that make up old Afikpo in Ebonyi State yesterday agreed to stop the practice of Female Genital Mutilation (FGM) in the area.

The people in these communities renounced the age-long practice, describing it as harmful and obnoxious.

The eleven communities include:  Itim, Ohaisu, Ibii/Oziza, Opi, Ugwuegu, Amasiri, Ndukwe Nkpoghoro, Amogu, Amata and Unwana. The public declaration was made by these communities at Amuro-Mgbom Primary School in Afikpo during a programme organised by Ebonyi State National Orientation Agency (NOA) with support from the United Nations Children’s Fund (UNICEF).

Speaking at the programme, Chairman of Afikpo North Traditional Rulers Council, HRH Dr. Ewa Elechi, said “we have come to the climax of this solemn ceremony. Solemn in the sense that something that started many

years before I was born is being destroyed today finally. Nobody is going to practice it again.”

According to him, “We invited the women to destroy the tools of FGM because they do the practice and we are happy that they have all agreed to destroy all the things they use in doing this FGM.”

“FGM is not only harmful, it is also against the wisdom of nature as it destroys the wholesome and beautiful work of women and girls as naturally created.