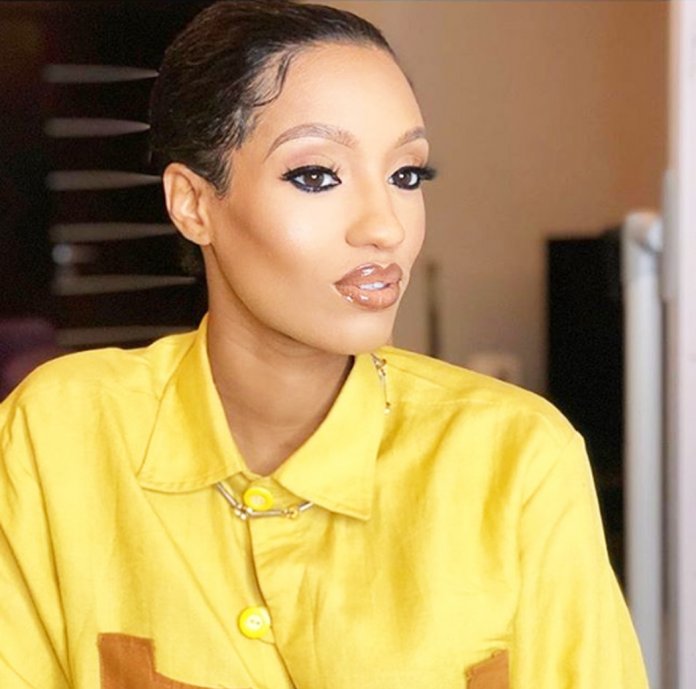 Mavin artiste Di’ja has continued her interest of making babies rather than making big hits. Real name Hadiza Blell, the singer took to social media few days ago to inform her followers that she is expecting her third child, with the gender of the baby yet undisclosed. Well, many might ask wasn’t it just yesterday she got married? And when did she give birth to the second that she’s already expecting a third? Well, the singer had her first child – a boy – in 2016, and her second child – a girl – in 2018.

Posting a beautiful picture of herself wearing yellow shirt, the soon to be mother of three kids made two major announcements via her Instagram post; the first about her baby and the second about featuring in a Nigerian animation as Zahra in “Passport of Mallam Ilia.” Di’ja wrote: “Mummy of 3 loading… with our third child on the way, Alhamdullilah, I’ve been pushing to get projects in before the year ends. This look was for last week’s @magiccarpet_studios investor’s meeting.

“Did I tell you all that I am the voice of #ZAHRA in #passportofmallamilia. The dopest animation about to come out of Nigeria. I’m obsessed with music and animation! Check out all info on @magiclabproject @magiccarpet_studios. We have amazing talent in Nigeria! – make up hides the tiredness. Don’t be fooled!” Earlier in the year, she released her comic book ‘Amana’.

Though being a celebrity can sometimes be tasking for females in the industry, however, some popular female stars have been able to strike a balance between their careers and their family life. Di’ja hasn’t found a balance between the two, maybe. Time will tell. To the singer, the experience of making a child makes you appreciate God even more and gives you a new sense of living. Di’ja pretty much lives a very private life and has never really revealed much about her family especially her husband, Rotimi and children.

Not many people know much about Di’ja as a mother as she doesn’t post her family on social media. She did grant an interview on marriage, motherhood and career where she admitted that motherhood has made her appreciate her own mother more. “You already respect your mom, but you respect your mom like a hundred times more… And you also have another respect for being a chick, being a woman, so it’s a pretty cool, very, very cool experience.”

The beautiful Di’Ja came into limelight following her surprise meeting with record label owner and music producer, Don Jazzy, in 2014 through her manager. Same day she released “Yaro”, her first recording with the label. That experience she acknowledged as, “both exciting and scary.” She went on to release Awww in 2012, and Take a Kiss in 2014. Her latest songs include Wuta (2019), Save Me (2018), The Way You Are (2018), Wuta (2019), and Omotena in 2019.