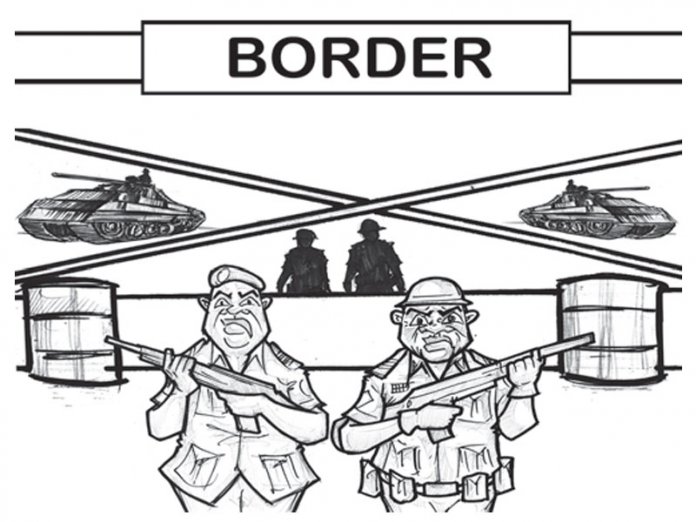 Government should look for better ways of checking cross-border crimes

The agreement last week by a tripartite committee for a joint patrol team comprising Nigeria, Benin and Niger Republic to address salient issues on the closed borders is a welcome development. “We have agreed to put in place certain mechanisms that would enable us to open the borders; there was consensus on that. We have agreed to set up a joint border patrol so the three countries would send a list of officers that would be part of the joint border patrol team,” said Foreign Affairs Minister, Geoffrey Onyeama. We endorse the efforts that are good for our country and regional integration.

The federal government had on 19th August announced the closure of Nigeria’s land borders with its West African neighbours in an exercise code-named ‘Swift Response’. In resorting to the closure, the federal government explained that it was part of efforts to stave off the rising incidence of cross-border banditry and smuggling of certain items. The action, which has necessitated joint border operations by a combined team of security agencies, has been greeted by mixed reactions from stakeholders. While some, especially rice producers have applauded the closure, others have bemoaned the action.

Whatever might be the justification or immediate gains, there are dire implications and border closure for an indeterminate period cannot be a long-term solution to socio-economic challenges. Unwittingly, a trade tension between Nigeria and its West African neighbours is becoming real. Countries within the Economic Community of West African States (ECOWAS) sub-region have reportedly started dumping and rejecting Nigerian goods in retaliation against the border closure. Feelers are that while the Nigerian authorities are counting the gains of shutting its land borders in terms of revenue numbers and increased patronage of local rice, the long-term pitfalls are legion.

While we are not against measures put in place by the government to secure Nigeria’s land and maritime borders from smuggling and other nefarious activities, it is important that such measures be in tandem with the many treaties the country has entered into. By shutting its borders shortly after signing the African Continental Free Trade Agreement (AfCFTA), Nigeria might be sending a wrong signal vis-a-vis the pact which central objective is trade liberalisation. Besides, there is no proper information management with different reasons being given by different officials.

Increasingly, the message being passed by the government is that the border closure is designed to help local rice farmers as well as boost revenue. That narrative amounts to protectionism with its many contradictions. First and foremost, protectionism leads to inflation, which hurts consumers’ purchasing powers and can have a particularly negative impact on lower and middle income earners. This is already manifested in the soaring cost of rice and other consumables since the border closure. Many have also argued that the closure has exposed government’s claim that the country is self-sufficient in rice production as false. Those who advance this argument say the difficulty smugglers face in bringing in foreign rice brands has created a supply gap, which local brands cannot fill, thereby shooting up the prices of the item.

Beyond border closure, the federal government must look for other more potent and tidy ways of checking smuggling and other cross-border crimes. There are unconfirmed reports that the current border shutdown has become a new avenue for corrupt enrichment by those manning the gateways. Therefore, whatever may be the merits of the current border closure by Nigeria at this time, it cannot be deemed a policy instrument. It only creates short term gains. That is why we encourage the current efforts to have the land borders reopened within the shortest possible period.