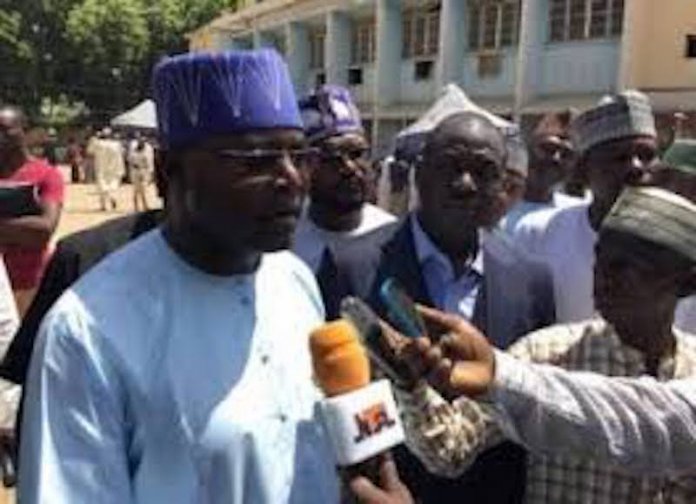 The federal government has saved N594.09 billion from the implementation of the whistleblower policy since its inception in 2016, the Permanent Secretary, Special Duties, Federal Ministry of Finance, Budget and National Planning, Dr. Muhammed Dikwa, said yesterday.

He spoke in Abuja at a workshop on the overview of the policy in Nigeria with the theme, “Implementation of the whistle Blower Policy in Nigeria, Issues, Challenges and Way Forward.”
Dikwa said the policy had come to stay in Nigeria as the country had joined other nations of the world to accept it as a globally acceptable norm.

A statement issued by the Director (Information) in the ministry, Mr. Hassan Dodo, quoted Dikwa as stating that what prompted the introduction of the policy and the need for its legislation was the federal government’s commitment to reducing cost of governance as well as wastages and leakages.

Dikwa noted that the federal government decided to introduce the policy in order to fight corruption and other financial crimes, including the violation of the Treasury Single Account (TSA), elimination of ghost workers syndrome, staff collecting double salaries in more than one organisations and retirees without proper records but still collecting salaries.

Others are recoveries of salaries from retired diplomats for almost two years to the tune of N192 million, non- remittances by ministries, departments and agencies (MDAs), among other crimes.
According to him, the policy has drastically reduced corruption in both civil and criminal cases.

On the challenges encountered in implementing the policy, the permanent secretary listed lack of proper legal framework, poor funding, lack of coordination and diverse information among relevant organisations, not following proper channel to give information, adding that, sometimes information given were fake, which however contradicts investigations.

Charting the way forward, Dikwa said the whistle blowing and witness protection bill 2019, was being put together to make the policy effective and provide legal backing/administrative guide.

He, therefore, urged the participants to critically review the draft bill and make additional inputs to be forwarded to the National Assembly for passage and enactment.

He urged the participants to work assiduously towards legalising and institutionalising the whistle blowing policy to meet international best practices which other comity of nations have adopted over the years.

However, the Chairman of the Whistleblowing Draft Committee, Mrs. Peculiar Ohabor, a Deputy Director in the Federal Ministry of Justice, in her presentation, said the draft bill, which has 18 bits and 107 sections, was because of societies evolving, adding that countries like Canada, Senegal, United Kingdom, USA, and European Union have already accepted the policy while Nigeria needs to legalise and institutionalise it.