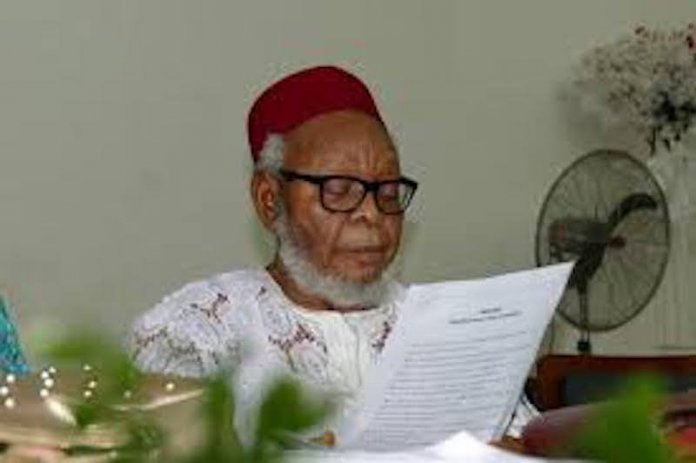 Every day the Nigerian system keeps reminding us of how bankrupt it has become – tales of how institutions set up for excellence have become a bulwark of mediocrity. There seems to be a chronic intellectual insufficiency across board but unfortunately, not many can recognise this ugly trend especially in our educational system and our universities in particular.

Weeks ago, the B.I.C. Ijomah Center for Policy and Research, UNN, announced its plan to organize the first “International and Interdisciplinary International Conference on Witchcraft.” This was of course a commendable feat as for the first time, there is an opportunity to dissect one of the most controversial issues in sub-Saharan African discourse. It was the expectation of many that the university community in Nsukka will take advantage of this program to enrich themselves intellectually.

Unfortunately and contrary to the above expectation, the UNN community has been rife with protests by several groups in the university against the program. Many of the groups which are majorly Christian fundamentals have displayed counter banners like “UNN is for Jesus”, “say no to the meeting of witches and wizards”. These slogans are very unfortunate and are a product of the fact that many of their sponsors are extremely ignorant of the purpose of the conference and what it entails.

It also shows how intellectually vacuous and bankrupt our ivory towers have become. The university is meant to be a seat of research and intellectual inquiries but these lofty objectives have been replaced by religious extremism and chauvinism. In an academic environment, you had expected even the religious to submit papers on the topic and contribute their own ideas; instead they’ve unfortunately embarked on a mission to denigrate the organizers.

One of the driving forces of the industrial revolution that transformed the developed world was universities that were strictly based on research and academic discourse and where research works are translated into societal policies. This policy has been maintained in the developed world till now. Unfortunately, for us in Africa and Nigeria in particular, our academic institutions have been hijacked and held hostage by religious fundamentalism which has curtailed critical thinking.

The protest against the International and Interdisciplinary Conference on Witchcraft is one of the many ways our academic systems have been held hostage by religion. Policymaking in our universities now considers religious doctrines as a priority. We can no longer have academic discourse and research without bringing religion through the back door. It has got to the level that when we look to our professors and academics during crisis, we no longer get research works and scientific contributions, rather we get faith admonitions. Religious institutions on our campuses now have more say in policymaking than the research institutes. In many of our private education establishments, people are coerced into religion and particularly the denomination of the founder; in these institutions free thought which is what makes education have been banished for ever.

The Nigerian education system needs overhauling: we need to instill the culture of academic research and intellectual discourse.