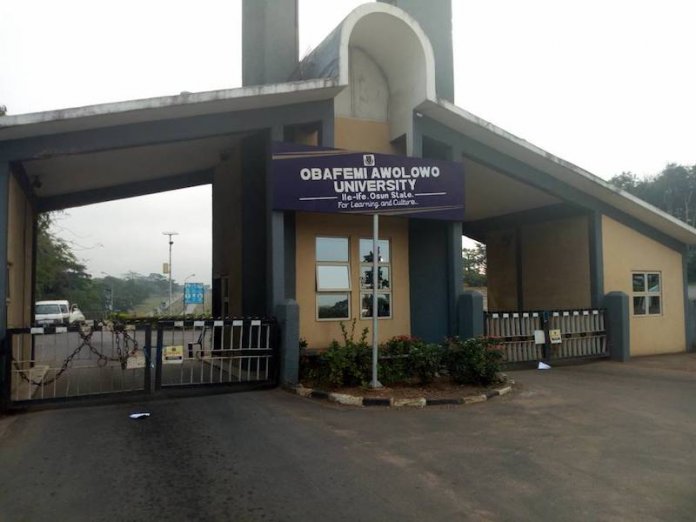 Adepelumi Abraham Adekunle is a Professor of Geophysics and Earthquake Engineering, Obafemi Awolowo University, Ile-Ife. In this interview with Funmi Ogundare, he explained why Earthquake Engineering should be introduced into the curriculum especially for those studying Civil Engineering, Geology and Geophysics. He said the move will reduce the incessant building collapse in the country, among other benefits. Exerpts:

Earth tremor was felt in some parts of the country this year, do you think Nigeria is prepared for the occurence of earthquake?

As at today, I will say the answer is capital no, but something is in the pipeline. Last year, there was a minor tremor or earthquake in Abuja, Maitama and Npape area for a period of three months and the federal government set up a ministerial committee which I was a member to look at the remote causes of these earthquake in Abuja environment. We had five ministers, two director generals and l were in the committee. So we were able to come up with a wholistic solution just in case an earthquake should happen in Nigeria, and what should be done. We have submitted our report, it has been accepted and some fundings of N11 billion has been proposed and approved by the Federal Executive Council (FEC) to be released for the purchase of equipment and earthquake study in Nigeria if it occurs so they can get to know and alert people. But today, we are not fully prepared because the fund has not been released and nothing has been done.

In terms of research, are you going to partner any agency to mitigate the efffect?

Apart from myself working with OAU, the federal government has eastablished the Centre for Geodesy and Geodynamics in Bauchi state. It is under the ministry of science and technology. They have the mandate for earthquake studies in Nigeria and we also have the Nigerian Geological Survey in Abuja. They also have the mandate to work together with emergency relief agencies. I am a researcher in the university and I provide information to them.

What measures did the federal government take to reduce the effects of the earth tremor recently felt in some parts of Abia State?

Though such observation calls for urgent action and concern by the local, state and federal government, representatives of OAU and agencies of the federal government; Centre for Geodynamics and Geodesy (CGG) Toro, Bauchi State, have gone to the affected areas in September and early October only to discover that it was a landslide and not earth-tremor as reported in the news. Our findings suggests that, the landslide that was erroneously reported as earth tremor, was landslide induced by flooding and excessive rain in the affected area. Unfortunately, the general public do not have proper understanding of what earth tremor really is, and what is all about. The appropriate authority and all relevant agencies would soon be embarking on a follow up study to ascertain the remote causes and causative factors of the events, and thereafter educate the public.

Earthquake Engineering is a field people are yet to tap into, what do you think the government should do to attract more students?

In Nigeria, earthquake engineering is a completely new area, I didn’t get my masters and PhD in that area, I had to go and retrain in Japan, South Korea and Austria. It was a journey of six years. I found out the things that are happening, but nobody is in that area. It’s a new area and I am the one pioneering it. I have already written a proposal to the World Bank and UNESCO telling them I am interested in the field and they gave me the equipment. It is not in the curriculum of any Nigerian polytechnic or university.

Earthquake seismology, monitoring and prediction/ forcasting and Earthquake Engineering should be introduced into the school’s curriculum especially for those studying Civil Engineering, Geology and Geophysics which is the norm all over the world. The National Universities Commission (NUC) should urgently look into that in conjunction with the ministry of education, other relevant agencies like Building Collapse Prevention Guide (BCPG), National Institute of Structural Engineers, Nigerian Society of Engineers (NSE), Nigerian Mining and Geosciences Society (NMGS) and the Nigerian Geological Survey Agency (NGSA). Doing this, the employability and prospect of the Nigerian graduate would improve significantly, so also, safety of the building environment and the incessant building collapse would reduce to the barest minimum.

How equipped are your students in this field?

I have a laboratory jointly funded by UNESCO, World Bank and the federal government of Nigeria. I allow the undergraduate students to record data, while the masters and PhD students all have access to the seismometer and vibrometer equipment in the earthquake and space weather observatory laboratory at OAU, Ile-Ife, on a daily basis. I will be taking one of the PhD students to the US. In the last one year, I have trained five students; two PhD, one masters and two undergraduates.

It is an area that we need more people, but they are not interested. It is not a money generating field so people are looking at areas where they could easily generate money. I can’t blame them because there are only two agencies in Nigeria that are employing. If I train somebody and they cannot get a job, then there is no need going into that area. The awareness was only being created in the last one year. There will be a national conference at the University of Ibadan on December 5 on earthquake. One was done in Abuja last month, so the awareness is just coming up. Its a new and noble area.

The lecture theatre of Yaba College of Technology recently witnessed vibration, what is your role in ensuring that the building does not collapse?

On October 20, the president of the Nigerian Instititute of Structural Engineers (NISE) called me that they have a problem at Yabatech, that its 500-seater lecture theatre was vibrating. As at today, I am the only one that has the seismometer and vibrometer equipment in Nigeria. We have two sets of equipment that we brought here to monitor vibration. One is permanent and the other one is mobile.

The two equipment are used to measure the intensity and magnitude of ground vibration that is naturally and/or artificially induced. The mobile equipment is taken round the building to check the level of vibration and agitation and know whether it is stable or not, as well as know what the problem is with the foundation of the building. The other equipment is auto recording what is happening within and outside the premises . They are also used to measure earthquake and/or earth tremor. So basically I use my postgraduate students to do the work. Its part of their training. As it is, we have submitted a report to the engineer in charge of the building for onward transmission to the management of the college.

Climate change and the degradation of the world’s natural capital assets are the defining issues of our time, what effort is your institution making in helping to curb its effects in the country?

We have a centre at OAU; Centre for Environmental and Ecological Studies which is a complete unit, it is a centre where climate change is being studied. This centre has over 30 faculty members with three professors. For climate change studies, they have a well equipped laboratory. So also my laboratory has the space weather section where clmate change in Nigeria is being monitored. We cannot say the country is not susceptible to climate change, we are feeling it.

There is an agency, Nigerian Hydrological Agency that the federal government established to look into desertification, efforts is being made to take care of the water level. In some parts of the north, the water level has risen over 10 metres, but as it is, the agency has deployed equipment along the River Benue and River Niger to monitor the water level changes in Nigeria.

How can the country effectively provide clean energy to drive the sustainable use of natural resources, protect the rainforests, and restore degraded ecosystems?

We are not fully prepared as a nation for clean energy and we are not there yet. We talked about vision 2020, but we keep on shifting it and we have not been able to achieve the Millennium Development Goals (MDGs). Efforts are being made, but we are not fully ready. 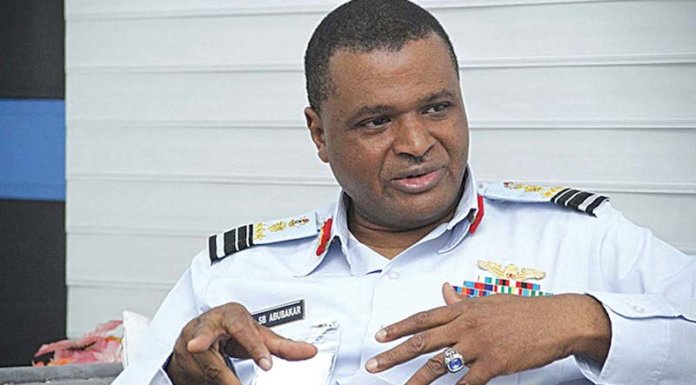