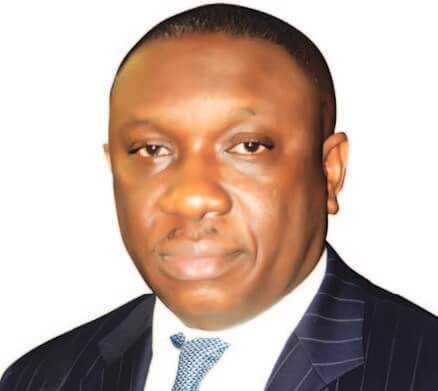 The Lagos State Commissioner for Economic Planning and Budget, Mr. Samuel Egube, in this interview, says the state government will deploy technology to ensure that more persons and firms pay tax. He also says the government will support revenue generating ministries, department and agencies in the state to generate more revenue for infrastructure development. Obinna Chima brings the excerpts:

What is the state of Lagos State finances in terms of debt service to revenue and total debt today, also in terms of infrastructure you plan to spend N115 billion in 2020, do you think the state finances can support more borrowing?

Of course, money always is a very important matter, which was why I said that the 2020 budget would be driven by our capacity to generate revenue. So, if you look at your past and you want to use your past to go forward, sometimes it doesn’t just work. If you fail very well in school, and you want a better future, you cannot say I want to draw a trend from my failure in school to determine how my future will be. So, what we decided to do was to say what is the tax collection potential of Lagos? And there are many ways to do this, and one of the ways is to say okay listen, there is a relationship between your tax revenue and your GDP.

So you then look at countries that are like you, because if we say we are one of the largest economies in Africa, then you need to look at that. So, if you take Ghana for example, you will see that they do 15 per cent of their GDP in taxes, if you take Egypt, they do about 15 per cent, South Africa is probably around 20 per cent. But if you take Nigeria, we are at just six per cent and Lagos has only 1.06 per cent tax to GDP ratio. So, what that means conceptually is that Lagos today, should be able to do, if it wants to be like Ghana, 15 times what it is collecting today in taxes. Of course, there are arguments to say, yes, but Lagos is not a national. Corporate income taxes go to the federal government and all of that. How do we adjust for that? Divide it into two, because at the end of the day everything that happens in the corporate ends?

So divide it into two, and maybe you can do six times what you are doing now. So if you do that, then we probably should be collecting taxes in trillions and I am talking of high trillions. So how do we intend to move that? One of the things I said earlier was that if you want to collect taxes correctly, you cannot mix out in the commanding height of your economy because taxes come from business activities. Even though we say we are over 20 million people in Lagos, the amount of people and organisations actually paying taxes in Lagos is only about 400,000.

So, when people say Lagos has a lot of money, it is true, but when you look at it per capita, that is, compared with the over 20 million we have in Lagos, then there is nothing. We want people to see taxation as their contribution to the development of the state. So, there would be a lot of advocacy around that. We shall build schemes to support taxpayers in the state. When you look at a state or a country, it is the way you are organised that helps you run. The difference between a developing and developed environment is in their organisation and you cannot say you have access the potential of your revenue if you are not controlling the commanding height of that economy in taxation

So, if you think a little bit deeply, what taxes do transporters pay? I am talking of formal taxes now, whether as individuals or as businesses. The entire transport business is largely in the grey market and we have thousands of them. Fourteen million people are moving every day in Lagos. I was in a forum with David Cameron, the former British Prime Minister, and I asked him, ‘if you were to advise Nigeria, what will you advise Nigeria?’ And he said well, he is not an expert in advising on Nigerian affairs, but one of the things he can say is that governance is about two things.

We thought he was going to come out with some profound idea, and he said governance is about the rule of law and taxes. And that means the way we moderate the behaviour of people using taxes. Shortly after that I travelled to the UK and I was angry coming back, because I looked at the roads in UK, they were narrow, patched. And I said why are they ahead of us? Then I remembered what he said – taxes and rule of law. Because I found out that I could not throw a piece of paper out of the window. I found out that if I beat the traffic light I will be caught somehow, and I will not only be caught, I will be designated as a risky driver, there will be point against my license to make my insurance go up. So it is just the rule of law and taxes.

But there are several unregulated agencies collecting illegal levies in the state and even if you look at the motorbike hailing services companies in the state which was meant to encourage SMEs and innovation, these illegal revenue collection agencies are also frustrating them. What is the state doing to address this?

It is a challenge, but this is something that is deep in our culture. What we need to do again is to organise and put systems in place that prevents such behaviour. We can come out and say no more unregistered people, we didn’t register them in the first place and people have within the system become their own governors or local government operators. We even hear there is a receipt called governor’s receipt, which is unknown to us. How do we want to do it? Like I said, what we will begin to see is more organisation.

We will register people that are required, we would digitalise the taxes that will be paid. There are various solutions which we are interrogating, so that when you pay, you have it in your system. When they tell you pay this, you can show them the only taxes that the government says you should pay and that weakens them. But sometimes these people’s strength doesn’t come only from your compliant, it comes from actually criminality.

In addition to that, of course citizens are going to be empowered also to complain. We have a citizen’s engagement special adviser as well, that is going to focus on citizen’s engagement and we are going to figure out ways of taking out people who break the laws. It is just clear that there is a problem here and they are not acting on behalf of the government, the monies they collect are not going back to any government, whether it is local government and so it is just thuggery.

But you also need to be able to empower the people because sometimes the people pay because they really don’t know what they should pay for and what they shouldn’t pay for. And sometimes they also need support from enforcement agencies. Which is why I said some of the decision are going to be tough. So, there are different types of programmes which we are going to introduce in the 2020 budget. Developing human capacity to drive productivity is very important. And the way we see it, human capacity is going to be developed from education, health and environment. No matter how you see it, there are people in the society that are vulnerable, so we need to support them. We also need to connect the education we have to the industry. Typically, when there are gaps in government, what I will call pseudo or unauthorised government tend to arise. So, we are going to be strong and definitive as to all of that. In terms of supporting SMEs, it is about the Ease of Doing business. Yes, we like Opay, we like all of those kind of businesses, we like them in their uniform and the fact that they stop when the traffic light opens. But it is not only the motorbike hailing companies that face that challenge, small businesses face it, transporters face it as well. So it is going to be holistic in the way we really want to engage it. We will not allow that to thrive, again it will come by way of registration, by way of organisation. I think where we are going, if we do allow some of these things to move on, then they must be registered and the operating standard or the modus of oparandi must be clear. We are working on that and soon there will be more definitive statement.

What are you doing to give infrastructure in the state a facelift and is Apapa still part of Lagos state?
The pressure which Lagos state goes through in infrastructure and the systems, are pressure that come from operations of entities and usage of our system. Now, we just discussed corporate taxes, and the corporate taxes doesn’t come to Lagos. And we say Lagos generate about 70 per cent of the businesses and transactions in the country. We run a federation where what you get sometimes is unconnected with what you produce. And so when that situation arises it creates a challenge and it stretches resources to its limits. So, when you take Apapa for example, you have what I call a three-system-overlapping operation.