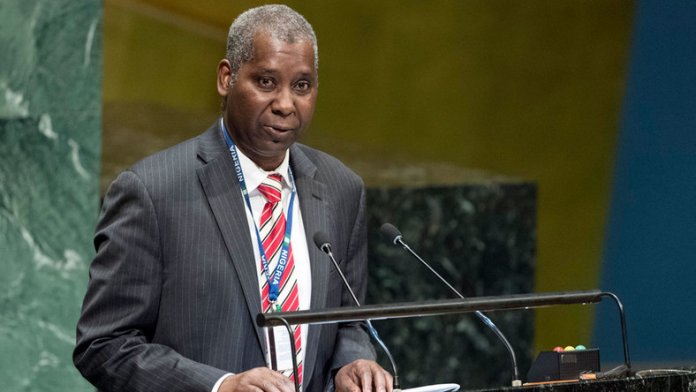 His spokesperson, Ms Reem Abaza, said in a statement on Monday that the PGA was travelling to his home country to participate in a meeting of the Stakeholder Group on Ageing Africa (SGA Africa).

SGA Africa is a coalition of civil society organisations on ageing, human right institutes and Institutes on ageing in the continent.

It is a platform for stakeholders to work “on multi-levels as members of the UN ECA African Regional Civil Society Engagement Mechanism group to achieve SDGs Agenda 2030 and AU Agenda 2063’’.

The meeting, according to Abaza, is the region’s expert conference on the human rights situation of older persons for the purpose of strengthening the protection of their rights.

The News Agency of Nigeria (NAN) reports that this would be Muhammad-Bande’s first official visit to Nigeria since assumption of office as President of the 74th Session of the GA on Sept. 17.

During the visit, he is expected to “highlight his priorities for the 74th Session’’, according to the spokesperson.

Muhammad-Bande will also mobilise support for multilateralism and rule-based systems “as the most potent avenues for fostering dialogue and proffering solution to global problems’’.

He is also expected to underscore the importance of international cooperation in sensitising national governments on the human rights situation of older persons in Africa.

“The PGA will also seize the opportunity of his visit to thank the government and people of Nigeria for their support prior to and after his election and inauguration as President of the 74th Session of the GA.

“The President will also interact with women’s groups and members of civil society organisations.

“During his visit, Muhammad-Bande will meet with H.E. Muhammadu Buhari, President of Nigeria and other senior government officials including H.E. Geoffrey Onyeama, Minister of Foreign Affairs and H.E. Pauline Talen, Minister of Women Affairs.

“The President of the General Assembly will also visit the recently reconstructed UN house,’’ Abaza said, adding that he will depart Nigeria on Nov. 25.(NAN)