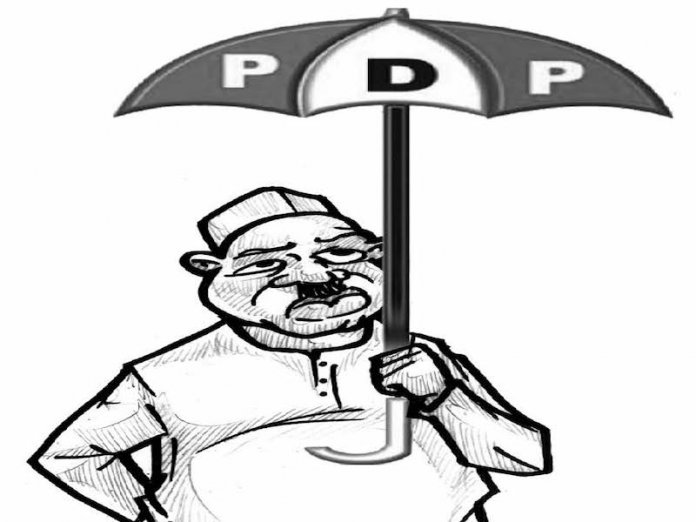 The main opposition party should forge unity of purpose

Nothing advertises the lack of seriousness in the main opposition Peoples Democratic Party (PDP) than its inability to resolve the crisis over minority leadership positions in the House of Representatives. While the question as to whether the occupants should be appointed by their parties or electe by the entire membership is already answered by provisions of Section 60 of the 1999 Constitution (as amended), some misguided PDP leaders are still issuing threats on a matter that ordinarily should be resolved through dialogue.

The House Standing Rule clearly provides that “members of the minority parties in the House shall nominate from among them, the minority leader, minority whip, deputy minority leader, and deputy minority whip” as they have done. The provisions on the powers of National Assembly members regarding leadership are precise enough and have no room for external interference. Besides, what those issuing threats within the PDP forget is that the role of leadership is to proffer solutions to challenges, not aggravate them.

Against the background of the report released by the Senator Ike Ekweremadu post-election review panel which revealed that impunity largely cost PDP the 2015 general elections, bringing undue pressure to foist leadership of the minority caucus was an overreach. Having failed, the party should neither continue on the same path nor be seen to display a lack of respect for the independence of the legislature.

As we have highlighted in the past, it is important for the PDP to learn lessons from its own experience. Just a few years ago, the party controlled more than 60 per cent of the National Assembly membership as well as no fewer than 23 of the 36 states of the federation. Unfortunately, the PDP got enmeshed in a self-inflicted crisis arising from the virtual overthrow of its constitution by a succession of self-serving leaders. It is therefore in the interest of our democracy that critical stakeholders who still command respect within the party help to resolve the issue of House minority leadership positions so that the PDP can move ahead as a strong opposition platform.

To the extent that the ability of the opposition to challenge the ruling party is integral to representative democracy, we urge the PDP leadership to put aside whatever personal interests they may have in the aspiration of certain candidates in the House of Representatives and rally behind their members that have been elected for minority leadership positions. A recent statement by the ruling All Progressives Congress (APC) that Nigeria is becoming a one-party state because the PDP has failed in its role may have been issued tongue- in- cheek. But there is an element of truth in it. Nigerians who look up to the PDP to anchor responsible and strong opposition that can articulate alternative policies and views are getting increasingly disappointed.

It is not complimentary on PDP’s leadership that four months down the line, it is still unable to consider the reports turned in by the various panels it set up to look into House leadership crisis and related matters in order to resolve the issues. Brandishing the sledge hammer of suspension against certain members can only worsen matters and push the protagonists into adopting a hard line position. What is demanded of PDP at this moment of our democracy is unity of purpose. There is no better time than now for a resilient opposition that can help galvanise and mobilise the people around alternative views.

To do that effectively, the party has to reinvent itself by learning from the mistakes of the past. We hope the PDP can understand that message by putting its house in order.