Calls for prosecution of electoral offenders

The senior lawyer, in a statement issued yesterday, argued that the power of the National Assembly to make laws for the peace, order and good government of the federation of any part thereof cannot be exercised at large.

He further argued that since Nigeria is operating a federal system of government the Supreme Court of Nigeria had declared in a number of cases that the National Assembly lacks the constitutional powers to make laws outside its legislative competence, which are by implication residual matters meant for the Houses of Assembly of the states.

According to him, the Hate Speech Bill is an attempt to encroach on the legislative autonomy of the state governments.

“However, it is pertinent to point out that the Penal Code and Criminal Code applicable in the northern and southern states respectively have made provisions for hate speech because it is a state offence. Hence, the House of Assembly of each of the state has enacted laws against incitement, false accusation, sedition and criminal defamation,” he explained.

The senior lawyer recalled that the sedition and seditious publications have been declared illegal and unconstitutional in the case of Arthur Nwankwo v The State (1985) 6 NCLR 228.

In that case Olatawura JCA (as he then was) held:

“We are no longer the illiterates or the mob society our colonial masters had mind when the law was promulgated…To retain S. 51 of the Criminal Code, in its present form, that is even if not inconsistent with the freedom of expression guaranteed by our Constitution will be a deadly weapon to be used at will by a corrupt government or a tyrant…Let us not diminish from the freedom gained from our colonial masters by resorting to laws enacted by them to suit their purpose”…

Falana said this while giving his remarks at press a conference on the November 16, 2019 governorship elections in Kogi and Bayelsa States organised by the Centre for Democracy and Development (CDD) Election Analysis Centre (EAC).

He lamented that the government will not do anything about it, adding that it was high time stakeholders take actions in order to restore confidence in the electoral process.

“The way we are going with people losing confidence in the electoral process; if you call for revolution, you know where you will find yourself.”

“As of this morning, President Buhari has congratulated the winner of the election in Bayelsa State. And same time the president condemns the violence that marred the election in Bayelsa State. It is high time that civil society organisations sat down to down to ensure that the criminal elements subverting the democratic process in Nigeria were brought to book. The government will not do it, from your reports you have detailed information on the perpetrators of electoral violence.” 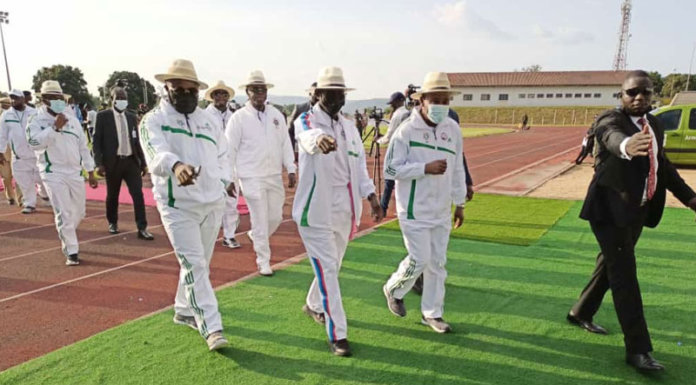