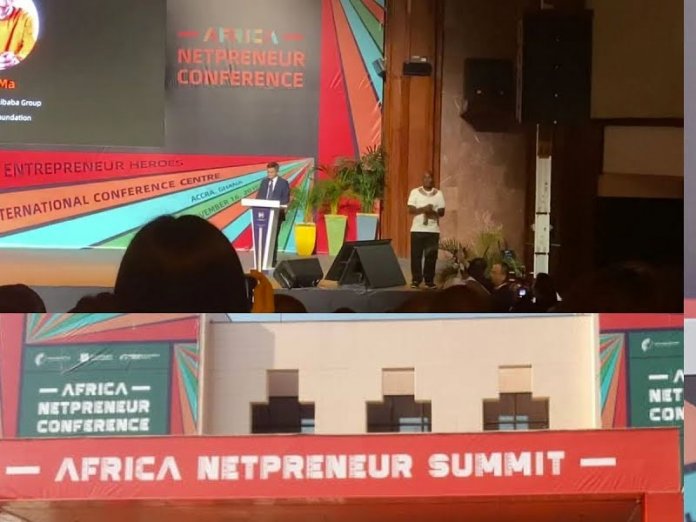 Nigeria, Egypt and Rwanda have emerged as top three winners among the selected ten finalists for the Netpreneur technology competition, sponsored by Alibaba Foundation for Africa.

The winners were announced on Saturday during the Netpreneur 2019 Conference, which held in Accra, Ghana.

The Alibaba Foundation has set aside $10 million to be won by 100 entrepreneurs in the next ten years.

All contestants at the 2019 Netpreneur prize award showcased their solutions to a great audience, which included the President of Ghana, Nana Akufo-Addo, the 8th UN Secretary General, Ban Ki Moon, Founder of Alibaba Group and the Jack Ma Foundation, Mr. Jack Ma, among others.

In his address, the Founder of Alibaba Foundation, Jack Ma, said the initiative was meant encourage and support young entrepreneurs who are the hope of Africa.

He listed the four ‘Es’ which African entrepreneurs must stand on to include education, eGovernment, e-Infrastructure and entrepreneur skills.

In his welcome address, the President of Ghana, Nana Akufo-Addo, thanked the Alibaba Foundation, especially its founder, Jack Ma, for believing in the Africa growth and for sponsoring the Netprenure competition among African entrepreneurs. He said Africans must take entrepreneurs very seriously and support them to promote development in the African continent. According to him, the population of Africa remained huge and should be seen as opportunity for growth in entrepreneurship programmes. “Entrepreneurship is a vital component of economic growth that will enhance economic development and Ghana will continue to support technology innovation and promote the growth of technology entrepreneurs in Africa,” Akufo-Addo said.

In his speech, the 8th United Nations Secretary General, Ban Ki Moon, said failure drives opportunity for success. He therefore encouraged African entrepreneurs to continue to innovate in order to come up with solutions that will not only address African challenges, but also global challenges. He said Africans must empower their youths, including females to drive the technology development in Africa. He commended Alibaba Foundation for its initiative to develop Africa through the Netprenure competition, which he said, would spur young African entrepreneurs to innovate and change the face of Africa with technology.