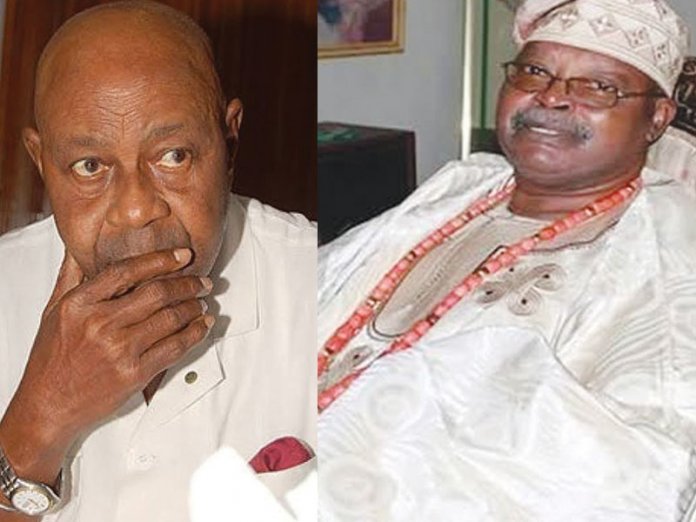 With the passing of former Minister of Petroleum, Prof. Tam David-West and erstwhile Information Minister, Sir Alex Akinyele, Nigeria has lost two of her finest and most outspoken statesmen, writes Shola Oyeyipo

David-West, a renowned Nigerian academic, social critic, and federal minister died at 83 on November 11, 2019, and while the nation was still mourning, news broke Friday morning of November 15 that Akinyele too had journeyed the West route at 81 on Thursday 14 at night.

For friends and family, political associates and those in the corridor of power, it was two deaths too many, because not only did the men have common friends, they were major actors in Nigeria’s political history and their paths crossed with not a few people in power, both serving and retired.

David-West’s venture into mainstream politics started, when he was appointed Commissioner for Education and a member of the Executive Council of Rivers State between 1975 and 1979. He was a member of the fifty-person Constitution Drafting Committee of the General Murtala Muhammed-led military junta of 1979, and a Minister of Petroleum and Energy under same government between 1984 and 1985, and later a, Minister of Mines, Power, and Steel under General Ibrahim Babangida military leadership in 1986.

His entrance into public service was not by chance. He was well prepared for it. The Buguma, Kalabari, Rivers State-born academic, strived and attained the pinnacle of his career. Between 1956 and 1958, he obtained higher education at the University of Ibadan and earned a BSc degree at Michigan State University between 1958 and 1960.

A remarkably low point in his political career was perhaps, when he was sacked as minister and arrested by the Babangida military administration for allegedly contributing to the economic adversity of Nigeria, but he was discharged and acquitted of the charges by a Special Appeal Court on August 8, 1991.

But not only did he maintain his no-love-lost posturing with Babangida till his last days, he was a consistently outspoken and controversial critic of successive governments. However, some referred to him as a friend of President Muhammadu Buhari.
In one of his outbursts, in 2017, during an interview, he was quoted to have said: “Babangida can never be compared as a leader with Buhari. I take responsibility for that statement.

“Buhari and Babangida are two different personalities. Buhari is a clean man. I can take any oath that Buhari is very clean and I won’t die. I cannot do that on Babangida. I cannot vouch for him not because he put me in jail but because that is the fact. Buhari has some good qualities, some positive characteristics that Babangida doesn’t have.

“In terms of governance, Babangida cannot be compared with Buhari in any way. For instance, if you give Buhari a memo at 9am, by 12pm he would call you that he has finished reading it. But if you give the same memo to Babangida, a week and he won’t read it. I have examples.

That was David-West, of blessed memory. He offered countless fearless and instructive advice to those in the corridor of power on national issues and was a media delight, because throughout his life, his statements made major headlines and they were good reads for members of the public.

So much as his records in the political environment, David-West’s numerous contributions to learning through his publications will long outlive him.

Just like David-West, Sir Akinyele, who was Chairman, National Orientation Movement and National Sports Commission, also had his stint with the military government of General Babangida and remained in national spotlight till he breathed his last.
The Lisa Jigan and Lobosin of Ondo kingdom-born former Information Minister was a son of Pa Akinyele, a soldier and an ex-serviceman, who by the end of the Second World War held the rank of a Regimental Sergeant and retired in 1974 as a Court Clark in Ondo town.

Alex attended All Saints Primary School Ondo, Gboluji Grammar School Ile-Oluji and St. Andrew’s College Oyo. He studied English Language at the University of Ife, now Obafemi Awolowo University, Osun State.
After his short teaching experience at Olofin Grammar School, Idanre, in June 1967, he applied to join the Nigeria Police and was offered a place as a trainee assistant Superintendent of Police, but when he reported for the job, he was directed to join the customs.

In what eventually charted the course of his life, when he completed the mandatory 18-month training programme, Custom Controller then, Henry Duke appointed him the first Public Relation Officer of the Nigeria Customs and Excise. From then on, he remained a man that never shied away from the public glare.

No tribute written about him since his demise lost sight of the fact that he was a man of many parts; a public relation practitioner to standard, communicator per excellence, industrialist and business mogul with interest in various blue-chip companies, a philanthropist of reckoning, charismatic and accessible.

He was also a man of many firsts. He was the first former Secretary-General of the Nigeria Institute of Public Relation (NIPR), who eventually became the president and record has it that as president of NIPR, he contributed significantly to improving public relations practice in Nigeria.

With his appointment as the Chairman, National Sports Commission (NSC), Nigeria recorded major successes in global sports. He was chairman, when the Nigerian contingent won a bronze and four silver medals at the 1992 Barcelona Olympics.

While there were already barrages of commentaries on the passing of these two Nigerians, the words of President Muhammadu Buhari when expressing deep sorrow at the demise of his ally and friend, a man he usually called “the indomitable Tam David-West,” succinctly put into perspective, the caliber of persons that died.

Buhari, in a statement by his Special Adviser on Media and Publicity, Femi Adesina, noted that: “He (David-West) had an indomitable spirit, stood resolutely by whatever he believed in, and was in a class of his own.”

Asking Nigerians to shun violent ideologies, commiserating with the family, the people of Buguma, Kalabari Kingdom of Rivers State, the academia, and all those who loved him, he further referred to him as “the forthright Tam David-West.”

It was similar eulogies for Akinyele too by President Buhari. In another condolence message by Adesina, Buhari commiserated with the government and people of Ondo State, friends and professional colleagues of the departed, urging them to take solace in the lasting legacies of the former colorful minister.

“Akinyele’s scrupulousness, discipline and diligence were always obvious to those who worked closely with him, and his love for the nation, which was zealously demonstrated through providing exemplary leadership,” Buhari said.
To get a clearer understanding of the personalities of these men that just died, it is best to keep a close tab on the comments of Nigerians as they continue to pour in.

editor - July 12, 2020 2:51 am
23
SIMONKOLAWOLELIVE!  BY SIMON KOLAWOLE  On Friday, President Muhammadu Buhari discharged the ritual of signing the revised budget into law. That, we know, is the easiest... 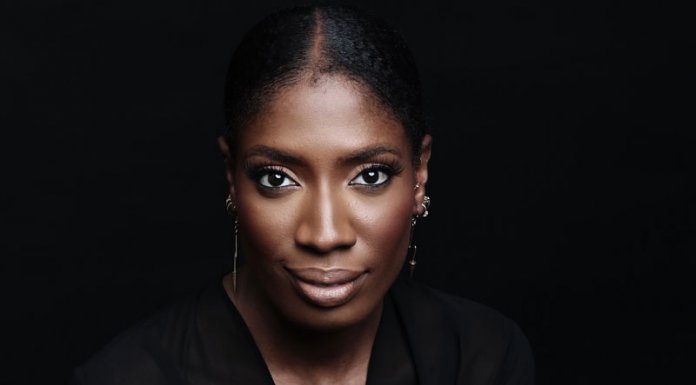