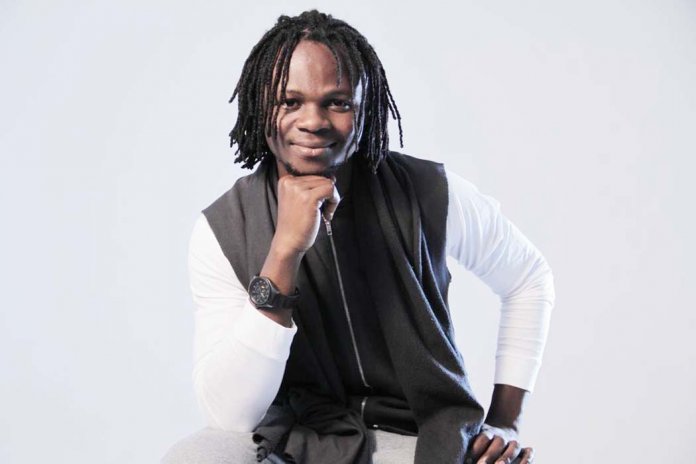 Buari Olalekan Oluwasegun, popularly known as Unlimited LA, is one of the biggest music video directors of repute in the music industry. Unlimited LA, who is responsible for Olamide’s “Motigbana”, 2face’s “Amaka”, and others, is also a renowned filmmaker and cinematographer. He talks to Tosin Clegg about his business

Dreams as a child

As a child, I wanted to be a soldier and that’s because I was surrounded by soldiers. Then later, I switched to aiming to become an engineer because I was also in love with tech stuff. At the end of the day, I’m a film maker but it is still tech stuff. I believe God has given us the grace to be and do whatever we choose. So, when I set my mind to do something, I get it done. For my primary education, I went to Command Children’s School in Mile 2 and for my secondary school I attended a small private school called First Zion International School. From there I ended up in the Lagos State University (LASU) where I studied computer science and Mathematics. I’m from a family of five, one girl and four boys.

Back then in 2005, my cousin happened to be DJ Tee. I was always going to his place from school. On weekends, I would always go to his place and follow him on set. I used to be the errand boy. I did that for five years while in school. After I was done with school, the situation of the country where you go to serve during your NYSC year and join the labour market wasn’t for me because I hate waking up early in the morning. It was then I realised that it was simple for me to operate the camera and I already had knowledge of most things, when it comes to video production. I just started out being people’s camera operator, D.O.P and gaffer.

I would say the Nigerian music industry is the only thing that Nigerian youths look up to. It’s the only thing that’s being self-financed without government intervention, but I also think we’re not there yet. We have our own space, we’re not saying we want to be the next Chris Brown or anything but we have our own African sound, our Nigerian sound, we’re putting it on the map. We want to rub shoulders with real American music, the Latino music, the country music. I think we’re growing and the speed is really rapid. You can’t really tell how creative you are until you work on a project and you’re as good as your last project and the last project is yet to come because I’m shooting something today and I’m shooting another one tomorrow. There’s a lot of room to grow for creatives like me.

I’ve seen it all

I had about 10 years of work experience before I started working on my own. I would say I’ve seen it all. I’ve seen the ones that would misbehave; the ones that are not very serious, the talented ones, the serious ones, etc. So, working with these guys is just a normal work environment for me, it’s just business you know, I get paid then I deliver the work.

The best moment for me is when I move with an artiste on a project from point A to point B. I wouldn’t call myself a selfish music director in the sense that I’m only concerned with how great I want people to praise my work. I make sure I sell the personality of the artiste when it comes to music video because that’s my primary objective. I want to be able to shoot a music video for an artiste and when he’s walking on the road, people will automatically recognise him. I don’t want to have a great video where you wouldn’t be able to know who the artiste is in the video. So my joy is when I put out a successful project for an artiste. Worst moment would be working with an unserious artiste that would come on set drunk. We get that a lot but like I said, I worked 10 years before, so I’ve seen it all. There’s always a treatment for them. That will probably be my worst moment; working with an unserious artiste, artistes that don’t understand what they’re doing.

Some of the works I did earlier were for Sean Tizzle. I shot his first video and we really sacrificed a lot, same with Lil Kesh, and with Oritshe Femi. When I shot the first video, I shot for him (Double Wahala), I had always wanted to shoot a video for Oritshe Femi for like four years but it didn’t work out. But when I shot “Double Wahala” for him, I made sure I helped channel his brand into another direction which is Afrobeat and it paid off for him and even with Victor YBNL and Olamide. Olamide is my close friend, apart from us being business partners and we always try to maximise the time we have and put out great content.

Working with artistes and managing them

I can’t really get angry because they are the paying customers. Once I’m working with an unserious artiste, I just switch to strictly business; I don’t switch to being passionate or being creative. It’s like I get paid to do the job so I just do it because I’m not really a trouble maker. For example, if you come late to your video shoot and it’s supposed to be for eight hours and I gave you a cut time of 12 pm and you’re supposed to finish at 8 pm and you get to set at 4 pm then we have just four hours to shoot your video. I’ll do the best that I can within that small time that I have and deliver the video, and that’s my business aspect kicking in, and not being extra passionate, the money is gone.

I’m a music video director and a cinematographer

Being a cinematographer allows me to work on different things like movies, commercials, documentaries and things like that and I’ve done lots of TV content. I’ve done for HipTV, MTV, I’ve done work for Samsung, as I mentioned earlier, I’ve done for some betting companies. As for movies, I have not directed a movie except for one that I shot for a friend five or six years ago. I’ve shot lots of short films, most of which I can’t really keep track of, but because I’m a cinematographer, I can work on any visual content.

I get inspired by songs when working with an artiste

Sometimes, I work with an artiste’s budget but I think I’m strong enough to say, proudly, that I have about 27 people working for me, from my producer to my production manager, location manager, stylist, art director, make-up artist and my other cinematographers and assistant director.

There’s a long chain of production. I would say that we have a standard and we don’t go below the standard but sometimes I break my own rules. I might be expensive but I’m also as affordable as shooting a free video, which I do. If I like an artiste or a song, I might shoot a free video and I have done it before. I have to listen and feel the song because, sadly, most of these songs can start sounding the same but in every song there’s a unique thing that might just spark up a creative process and if that does not work then the budget will, so it’s either the song or the budget. I’ve also got a team of creatives that we run as a group and we share ideas on a song.

Craziest music video I have been on

I would say Sean Tizzle’s surely. We were all just starting off with D-Tunes the producer, Sean Tizzle and I. It was a collective effort on that project and I remember that on location the wrong call time was given to the artiste’s friends. Instead of 7pm they were given 7am, the song was big then so by 10 am the location was already filled up with people that called other people who called even more people! I remember shooting one of the last scenes of the video and the owner of the location called the police and while I was filming I could see from the corner of my eye police picking up people and arresting them behind me but I kept filming and told the artiste to keep singing until the police officer got to us. It was just crazy but I got the shot. They chased us away from the location, but it turned out to be a successful video. That would be the craziest moment on set for me.

So, I always try the best to train individuals. I just put out two directors now and they’re doing well for themselves. I really want to add value to people around me and put them in a situation where they can sustain themselves because what we do is very versatile because there’s always something to do. I want to be in a position where I can supply talent into other people’s projects.

Up and coming directors are not passionate about the work

A lot of them want to shoot a hit video, be a celebrity, hang out with Davido, Wizkid, and 2face. They are not passionate enough about the work and if you’re not passionate about the work then there’s no headway for you. The advice I have for them is to work hard, it’s a cliché but it’s true. I would also say to be passionate about the work first and every other thing will follow. Some of these guys might like the idea of it, but they don’t want to go through the work. Always do something different every time you have the chance to, because that’s the only way you get noticed.

I respect every director in the game