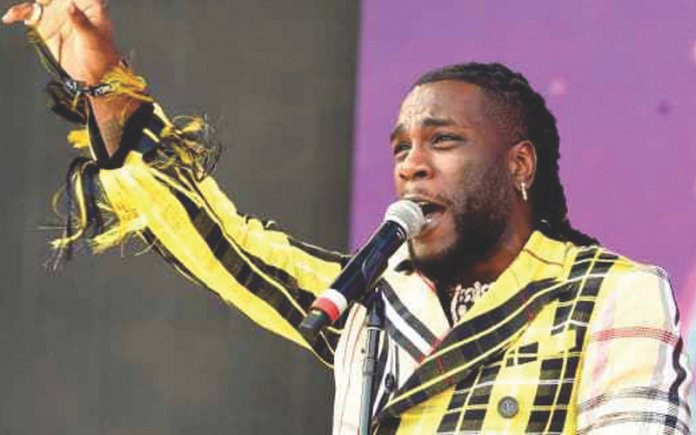 Afro-fusion artiste, Burna Boy, real name Damini Ogulu, preaches unity as he is set to perform in South Africa two months after he vowed not to step foot in the country. Ferdinand Ekechukwu reports

Already, the Nigerian superstar Burna Boy, real name Damini Ogulu has confirmed his scheduled performance for the Africans Unite Concert in South Africa months after weighing in on the recent xenophobic attacks in the country. The award-winning Afrobeats star is scheduled to headline the concert in South Africa, just two months after he vowed never to return to the country following a spate of xenophobic attacks there.

Burna Boy, who was among the celebrities that spoke out against September’s violence targeting Nigerians and others in South Africa, is expected to take to the stage in Capetown on November 23. At the height of the tensions, Burna Boy, who last visited the country some two years ago, condemned the violence and urged the South African government to put an end to the pain and hostility blighting the country.

“I have not set foot in SA since 2017 and I will not ever go to South Africa again for any reason until the South African government wakes the f**k up and really performs A miracle because I don’t know how they can even possibly fix this,” he wrote.

The upcoming concert is being organised by Nigeria’s Play Network. It would take place in Cape Town at The Lawns on November 23, and Tshwane’s Sun Arena on November 24.

Presented by South Africa’s Department of Sports, Arts and Culture, in association with Channel O, Monster Energy and powered by Play Network Africa, Africans Unite Concert is a collaborative project that aims to rebuild trust and respect among African nations by hanging the current narrative to that of unity and solidarity.

Other artistes scheduled to perform at the African Unite concert include Jidenna, Kwesta, Busiswa and others. Jidenna who is currently on tour promoting his “85 to Africa” album, will also be performing. In a recent tweet, Burna Boy noted that the show, which is tagged Africans Unite, will be the first of many and also hinted that he would be donating part of the proceeds from the show to victims of xenophobic attacks in the country.

“I really hope we can all keep contributing in our own ways to make the world a better and safer place for each #Africansunite, it’s bigger than all of us.”

It has been a stellar year for the singer who released his fourth studio album “African Giant” in July. The Nigerian Afro-fusion singer has risen in prominence as the Afrobeats sound has gained global recognition. So, also his status as an African artiste with sold out shows back to back. He is also scheduled to headline the Afropunk festival in Johannesburg in December.