Kogi State Governor and candidate of the All Progressive Congress (APC) in today’s governorship election, Yahaya Bello, yesterday, formally applied to Justice Inyang Ekwo of the Federal High Court, Abuja, for an opportunity to prove his innocence in the allegation of double registration.

Natasha Akpoti, candidate of the Social Democratic Party (SDP) in today’s governorship election in Kogi, is alleging that Bello engaged in double registration as an electorate, an offence punishable under the electoral laws in Nigeria.

She is therefore seeking the disqualification of Bello from the governorship race having allegedly committed some electoral infractions.

In the suit marked: FHC/ABJ/CS/1221/2019, and dated October 10, Akpoti, prayed the court to determine whether Bello was qualified to participate in today’s election having allegedly involved in double registration as a voter.

Defendants in the suit filed on her behalf by Chief Mike Ozekhome are the All Progressives Congress (APC) and the Independent National Electoral Commission (INEC) as 1st and 2nd defendants respectively.

However, when the suit was called yesterday, a lawyer in the name of Mike Enaboro, informed the court of an application seeking to join Bello as a necessary party in the suit.

He argued that since the reliefs sought by Akpoti were against his nomination, qualification and candidacy, it is in the interest of justice that Bello be part of the suit.

He said the application was filed yesterday because he got wind of the suit the previous day.

However, Akpoti’s lawyer, Chief Ozekhome SAN, who said he just received the motion this morning, hinted that the motion sought to stop court’s proceeding on the matter.

He urged Justice Inyang Ekwo not to grant the request since the election was Saturday.

While counsel to the APC, Abdulwahab Mohammed, said he would need more time to study the motion, that of INEC, Alhassan Umar SAN, however did not object to the application.

Justice Ekwo, who adjourned the matter till November 21, in the interest of justice and fair hearing, held that although the election was today, it could not stop the court from doing its business.

Accordingly, the judge gave the plaintiff two days to amend their processes to accommodate Governor Yahaya Bello as a defendant, while all defendants were to reply within two days upon being served with the plaintiff’s process.

Justice Ekwo held that all preliminary objections in the suit would be taken in the adjourned date, adding that any party absent on the day would be deemed to have adopted its motion. 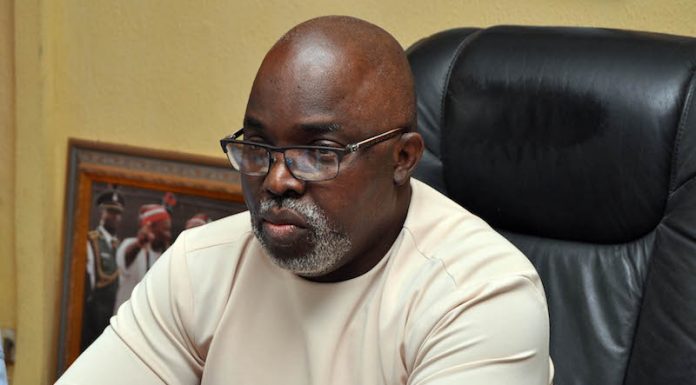