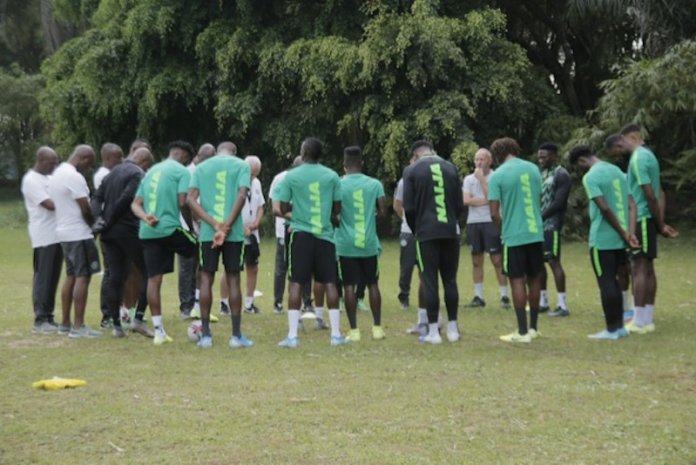 When Lesotho host Group L interim leaders, Super Eagles of Nigeria in Maseru on Sunday, the Crocodiles will be without Skipper Basia Makepe who was flashed a red card in the 1-1 draw with Sierra Leone on Wednesday.

The red card automatically rules him out of Lesotho’s next three matches, the first being the Crocodiles’ home game with Nigeria on Sunday.

Similarly, when Sierra Leone faces Nigeria in the Match-day 3, the team will be without John Kamara. Like Makepe of Lesotho, he too was given the red card as both teams ended the game with 10 men on each side.

Sierra Leone scored in the 72nd minute of the match through Kwame Quee before Lesotho leveled up through Jane Thabantso in the third minute of the added time.

Meanwhile, Head Coach of Republic of Benin, Michel Dussuyer has admitted the superiority of Nigeria to his side following their 2-1 defeat in Wednesday’s Africa Cup of Nations qualifying game.

The Squirrels raced into an early lead before the Super Eagles came from behind through Victor Osimhen and Samuel Kalu to clinch maximum points in Uyo.

Super Eagles are 47 places above Benin on the world FIFA rankings, with Nigeria occupying the 35th spot while their West African neighbours are placed 82nd.

Dussuyer believes his side did their best against the three-time African champions but rued their failure to covert the few opportunities that came their way.

“We played well in the first half, defended well, Nigeria did not create many opportunities but we conceded a penalty just before the half time which gave more confidence to Nigeria in the second half,” Dussuyer told media.

“The second half was very difficult for us and we wasted many balls, gave it to Nigeria so many times.

“In the end, we tried to recover after conceding and we had an opportunity at the end but it is logical; there’s a difference between Nigeria and Benin but we fought as much as we could.”

The result means Benin are at the base of Group L with zero points from one game while Nigeria top the group with three points.

The Squirrels will host Sierra Leone in their next qualifying match while Nigeria travel to Setsoto Stadium to take on Lesotho on Sunday.