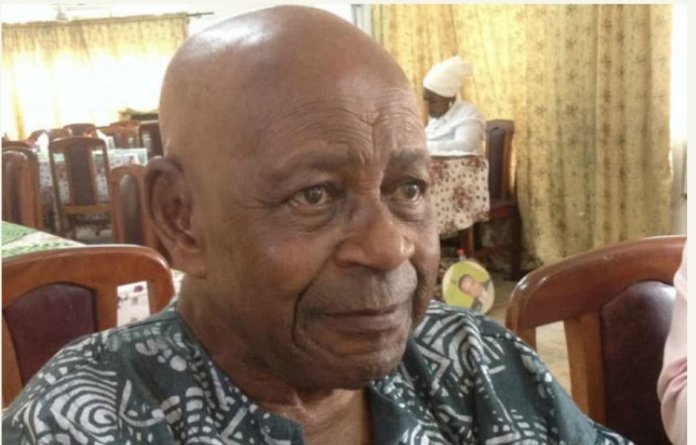 My introduction to Professor Tam David-West was in this wise: I was brought up by a very strict, educationist father, who would not allow his seven children travel during holidays, particularly the long vacation at the end of the session. He had his own way of keeping us busy.

My town, Ipetumodu, in Osun State, is about 10 to 15 minutes drive from the university town, Ile-Ife. During holidays, my father would drive us to the bookshop on campus, and we would leave the place laden with all kinds of books. That was our own holiday.

In 1980, we went on the annual visit to the bookshop. We bought our books, and my father bought one for himself. The title was ‘Philosophical Essays’, and the author was one Tam David-West.

I had just finished writing the secondary school leaving certificate examination, and shouldn’t have any taste for essays yet, whether philosophical or not. But because of the way we had been brought up, I read anything and everything. I started reading Philosophical Essays whenever my father was not busy with it, and eventually ‘borrowed’ the book. The remnant of that book, with the front and back covers torn, is in my library till today.

I read Philosophical Essays from cover to cover, and noted very many profound quotations from it, which eventually became part of my writings in later years.

As a journalist with Concord Press, I wrote a piece in the early 1990s, and quoted from Philosophical Essays. A few weeks later, somebody came calling in our office. It was Professor Tam David-West. He said he read my piece, in which I had quoted him. That was the beginning of a friendship that lasted almost 30 years.

Over time, I quoted David-West profusely in my writings, and curiously, he, too, quoted me in his many essays. He read everything I wrote as a newspaper columnist, and I was instrumental to the publishing of his essays, first at Concord Press, and later at The Sun Newspapers.

One other thing endeared us to each other, apart from passion for writing. We both loved Muhammadu Buhari with an enduring love. David-West had served him as Petroleum and Energy Minister, and became a passionate Buharist, just like myself.

When Buhari joined partisan politics in 2002, he had two willing and enthusiastic soldiers of the pen behind him, among thousands of others. Prof David-West and myself. Between 2003 and 2015, when Buhari finally won, we wrote tons upon tons of articles. So committed was David-West that when he wrote what we considered too voluminous to publish free, he would procure pages of the newspaper, so that the articles could be run unedited.

Beyond writing, we became family. When my siblings, Foluke and Tayo, were named Professors at the Obafemi Awolowo University and University of Ibadan, respectively in 2012, Prof David-West was Chairman of the reception held for them, where we asked him to give a professorial charge. He did.

Also, when my mother passed on in 2013, and we held a commendation service for her in Lagos, the Professor drove all the way from Ibadan to attend. He sat at the same table with the then General Muhammadu Buhari, who had flown in from Kaduna to also be part of the event.

Every August 26 is Prof David-West’s birthday. But because he didn’t like celebrating, you know what the man would do? Travel abroad before the date. He jocularly called it ‘August Escape.’ When he was to turn 70, I impressed it on him that he deserved to be celebrated. Shortly before the date, he traveled to London. August Escape.

On Monday, at about 11 a.m, the erudite Professor of Virology made his final escape. An hour after it happened, I got a phone call from somebody who was with him in his final moments, telling me what had happened. When you are 83, anything can happen, but I still felt quite sad to hear about the final escape of my senior friend.

Prof David-West, in the last few years of his life, became quite prayerful. He prayed at 9 am, 4 pm, and 6 pm. And because we were always talking, he would call me when prayer time was approaching, to tell me that he would switch off his phone for some time. Now, he’s gone to where phones can never reach.

He had been on admission at the University College Hospital (UCH) in Ibadan for a number of days, and was to be discharged to go home on Monday. But before the doctors allowed him to go, the Professor discharged himself. To eternity.
As a build-up to the 2011 presidential election, David-West sought to correct the malicious falsehood peddled for long about our common hero. So, he wrote a book titled ‘The 16 Sins of Muhammadu Buhari.’ It was all to debunk 16 allegations often leveled against the man from Daura. When the book was presented at the Nigerian Institute of International Affairs (NIIA) in Lagos, I was Master of Ceremonies. It was the first day I met Gen. Buhari in person, though we had spoken on phone many times, as he had always read my articles, and would call to discuss the content.

Prof David-West had sent me a number of times in recent years to give his goodwill message to President Buhari. And whenever I passed the word, the President would laugh, and say:”the indomitable David-West.”

One very gratifying thing the President did was in December last year. He wrote the Professor a personal letter of appreciation for his support, included a Christmas/New Year greeting card from State House, which I had the duty to deliver. The Professor appreciated it greatly.

My colleague and successor as Managing Director/ Editor-in-Chief of The Sun Newspapers, Eric Osage, is also a David-West person. When the man turned 80 three years ago, Osage did a piece, celebrating him. The Professor loved it so much, that he photocopied the article, marked out some sections, and sent to me. A couple of weeks ago, before he took ill , he had sent the same article to me again. And on hearing the news of his death on Monday, Osage sent me a text message:”David-West was a great man. We can never forget him. His memory will linger forever. Loyal to the end.”

True. He was loyal to the end. There were some people, who had tried to drive a wedge between President Buhari and the renowned virologist, through snide comments . But the man would call me, and say: “I believe in President Buhari. He has not changed, and won’t change.”

Every year, when he did his August Escape, David-West always came back with gifts for my wife. Lace fabric, and perfume. It was as constant as the Northern Star. When I broke the news of his passage on Monday, the first thing my wife said was “oh, he always bought me lace and perfume.” Well, we will only be remembered by what we have done, after we have faded away like the stars of the morning.

Tamunoemi Sokari David-West, the essayist, academic, virologist, record keeper, anti-corruption crusader, a stickler for time, dyed-in-the wool Buharist, is gone. When I lost my sister in 2015, he was at the funeral service. As the coffin was being moved from the church to the cemetery, I broke down in tears. The Professor came, hugged me, and began to cry with me. Why shouldn’t I cry for him? 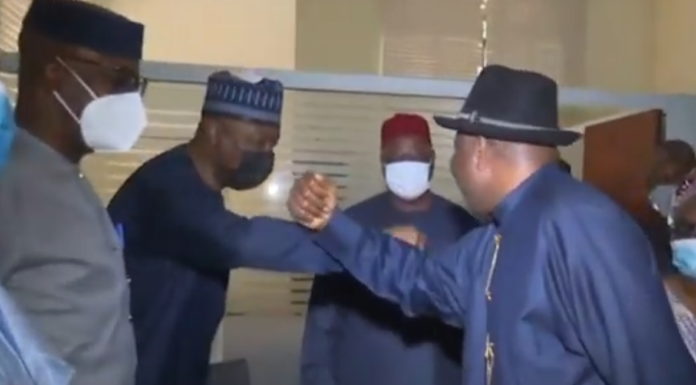