Members of the Professional Platform of Auto Dealers Association of Nigeria have decried what they described as highhandedness of the Nigeria government through the overbearing exercise allegedly carried out by the men of the Nigeria Customs Service (NCS), who they said have made life unbearable for them in last couple of months.

Appealing to relevant authorities to call to order the recent spate of intimidations perpetuated on them by Customs officers, the Interim National Coordinator of the Association, Amobi Moghalu, during a meeting aimed at forming a Joint Action Committee (JAC), which would tackle the ongoing issue, said, “The time has come to confront the demons confronting the automobile dealers. Right now the major ones are the men of the Customs and Excise Department”.

He lamented that for some inexplicable reasons the men of the Nigeria Customs Service have kept about 400 car shops nationwide under lock and key for over six weeks.

While stressing the economic implications on the lives of those who run those businesses shut down for the moment, Moghalu said, “The time has come for us to confront that demon, we can’t keep keeping quiet. We must confront that which is confronting us, which is to find a way to resolve this matter because you cannot kick us out of business except you want us to starve to death.”

Asked if there were shortcomings on the part of the dealers to warrant the alleged high-handedness experienced from the Customs he said: “This is what we should ask the Customs. As we speak today, the Nigeria land borders are sealed. The only way you can bring in goods to Nigeria is either through the airport or the seaport.

“At each of those points, there are Customs officers. We import vehicles which land at any of the ports in Nigeria. We go there and Customs gives us a valuation, you pay this valuation. You return the papers to a custom officer who releases the goods before you take them outside.

“It is assumed that these goods have been validated before they come to you but now, Customs turn around and come to lock up your shops and then say that you underpaid them. Is it my problem or the problem of the officer who released the good? You see, there are many grey areas in the Customs business that are unfathomable.

“Okay, you locked shops for six weeks. How long does it take to verify duties on vehicles in a shop? You are working with computers. These things are electronics, they are not manual, so, tell me how long will it take to verify if a duty is paid or not on vehicle? Yet, they have not finished verifying for more than six weeks”, Moghalu argued further.

A legal practitioner, Joe C, having listened to the plight of the automobile dealers, described it as a worrisome development. “It is worrisome because the men of the Customs did not ask questions, they just came in and sealed up shops owned by these auto dealers.

“If for any reason they believe that some of the vehicles were not properly cleared, then pick those vehicles only rather than do a general closure of shops. We do not know why they did it but I’m of the view and very strongly too, that they exercised their power beyond the Customs duties and responsibilities”.

He however advised that the auto dealers should do everything within the law to redress the situation, noting that “doing everything within the law goes beyond going to court. They have representatives at the National Assembly; they can call them to order. The Nigerian Customs has a supervisory ministry that can call them to order. There are several others options, so going to court might be the last resort.”

For the interim National Secretary of the association, Benny Chijioke, the last couple of months have been miserable for the auto dealers.

“It is so painful for you to just have your business premises sealed without any pre-information. I would like to say that this is not the first time they are doing this; it has almost become a norm. The Customs men could just wake any day and decide to lock our shops and demand for so much money.

“We usually don’t have any choice than to do as they demand so that we can continue our businesses. We have been doing this for a long time, the reason we have decided that this time, there has to be an end to this. We cannot continue like this anymore,” Chijioke said.

He lamented that the most annoying thing is that they do it with so much impunity, adding, “if you go to their office to even find out what is the issue, you are treated like a beggar. It is so pathetic and we want an end to this and this is the reason why we have made so many consultations because we want to take the right approach to solving the issue at hand, we wouldn’t want to do anything that would make us to suffer the more.

“We are tired of the embarrassment and intimidation by the Nigerian Customs. Imagine them locking a shop that has over 30 vehicles without even demanding any document from us to ascertain the ones that have duties or not”, he added.

editor - April 6, 2020 1:13 am
35
BY IJEOMA NWOGWUGWU (BEHIND THE FIGURES) So much has happened since the outbreak of the novel Coronavirus, labelled by scientist COVID-19 because of the year... 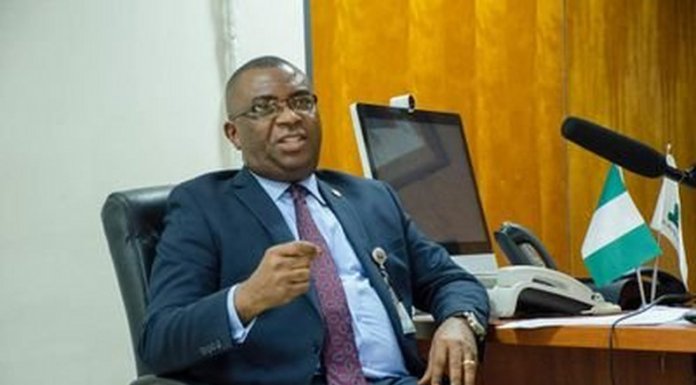