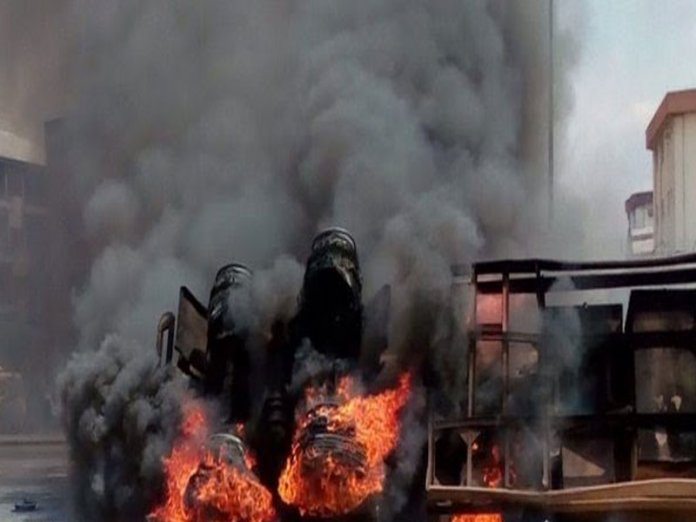 Traders at the popular Tejuosho market were yesterday thrown into disarray as fire razed down a section of the market yesterday afternoon.

This is coming barely a week after fire broke out at Balogun market in Lagos Island and Okobaba plank market at Ebute Metta.

The fire, which started around 3p.m., was said to have destroyed property worth millions of naira, and injured no fewer than two persons currently receiving treatments in a nearby health center.

Confirming the incident, the LASEMA Public Affairs Officer, Nosa Okunbor, noted that the fire, which caused physical cracks on the building, led to the collapse of the building, adding that “the injured persons had been taken to nearby hospital.”