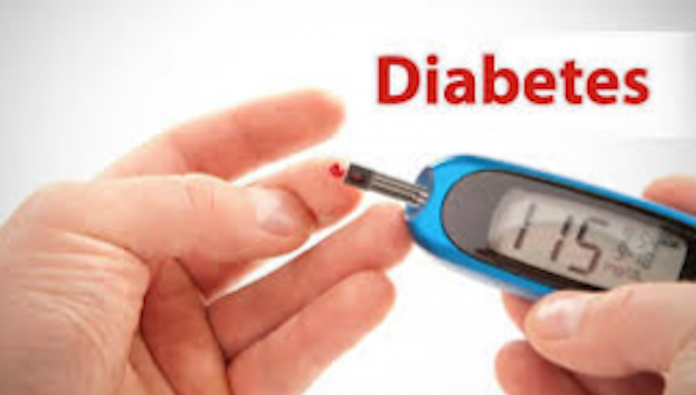 As Nigeria joins the rest of the world to mark the 2019 World Diabetes Day today, a nongovernmental organisation, Diabetes Control Media Advocacy Group (DICOMAG) has listed some risk factors every family must avoid to reduce the burden of the disease, now reported to be on the increase in Nigeria.

In a statement made available to THISDAY recently, and signed by the Director of Communication, DICOMAG, Mrs Yinka Shokunbi, the group said Nigerians should be aware that factors such as a family history of diabetes, overweight, unhealthy diet, physical inactivity, increasing age, high blood pressure, poor nutrition during pregnancy, impaired glucose tolerance and history of gestational diabetes have been closely associated with type 2 diabetes, and advised families to recognise their presence so as to prevent the condition and its deadly consequences.
Shokunbi said: “It is another period of the year when the world focuses its attention on diabetes, a disease that affects about 425 million adults and 1.1 million children worldwide – including more than five million Nigerian adults.

“The theme for diabetes awareness month and World Diabetes Day 2019, “Family and Diabetes” has been designed by the International Diabetes Federation, the WDD organisers, to raise awareness on the impact that diabetes has on the family, support network of those affected while also promoting the role of the family in the management, care, prevention and education of the condition.

“DICOMAG aligns itself with this noble objective and hereby calls on all Nigerians to be actively involved in commemorating the event. It is important to note that diabetes is on the increase globally, and there are millions of people living with it who are not aware that they have it. Indeed, it has been estimated that one in two people currently living with diabetes is undiagnosed.”
The statement further informed that diabetes remains one of the largest global health emergencies of the 21st century, largely because of its severe and deadly consequences.
“This is a disease that affects virtually all organs of the body, resulting in loss of vision, dental problem, kidney failure, cardiovascular disease, lower limb amputation, sexual dysfunction, among others, when not properly controlled – sadly a situation faced by Nigerians living with diabetes today.
“Yet, many cases of type 2 diabetes, the commonest type, can be prevented through a healthy lifestyle. Also, a good control by affected individuals can also prevent the deadly consequences of the condition.
“It is in the light of this that DICOMAG urges members of the public to learn more about the warning signs of diabetes and also find out if they are at risk of the disease.
“Also, people living with diabetes need the support of their family to cope with the financial and emotional pressure that accompanies a diabetes diagnosis.
“There’s a great need to embrace a healthy diet, increased physical activity and maintaining a healthy body weight, all of which can be easily achieved when every member of the family is involved.”
The organisations also observed that awareness about diabetes remains too low in the country, saying this is responsible for the detection of a large number of cases only when complications had set in.
It therefore called on governments, healthcare providers and other stakeholders to intensify their efforts in providing adequate information to assist the public in recognising the signs and symptoms of the condition and the available preventing options.