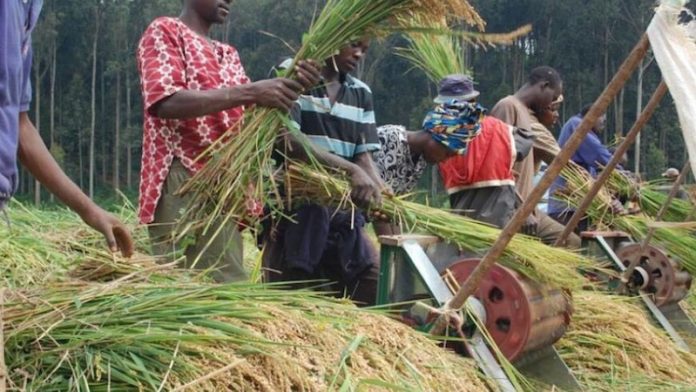 Local rice dealers have advised the federal government to increase its support for local production of the commodity, to enable them meet rising demand.

The situation, according to them, has made several homes in the country to shift to the consumption of locally produced rice.

The rice dealers who before now had witnessed low patronage are now smiling to the bank as they struggle to meet demand from consumers.

According to Mrs. Chioma Olori, a wholesale rice dealer, she was considering venturing into rice farming as this would help stabilise the price if government’s aggressive drive for local production was sustained.
“I believe if the production rate is sustained from now to the next five to 10 years, the prices would come down, then we would be able to export. Everybody is going into rice farming now, both the rich and the poor.

“It is tremendously good, because people now patronise local rice despite the fact it is expensive; initiatively it was very cheap but when the rush started the price went so high. My business has increased as people prefer it now to any other rice,” she stated.

Similarly, Olamide Olotu, a dealer who trades on local rice before the border closure, reiterated the significant of the move by the government, describing it as a policy in right direction.

On the way forward, he stated, “The challenge we have now is the production capacity of the companies to meet the demand in the country. For example, if you place order today, it takes about three to five weeks before your order arrives, which is not good enough unlike the foreign ones when you place order today you get it today or tomorrow.

“Let governments at all level increase the production capacity of companies and farmers whose primarily business is in production, by giving necessary loans, equipment, facilities that would make the production viable to have much rice for everybody to consume.