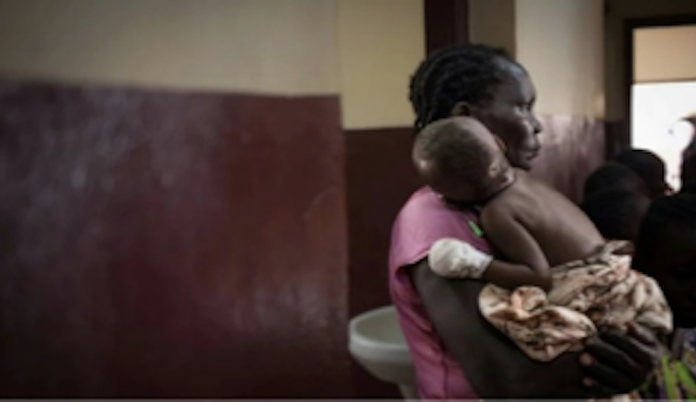 The operator of the Nigeria National Petroleum Corporation (NNPC) and Chevron Oil Joint Venture, Chevron Nigeria Limited (CNL) is funding the construction of a Mother and Child Healthcare Centre in Ondo State.

The centre situated at Ode-Ugbo in the oil rich Ilaje Local Government Area of Ondo State, is being built in partnership with two organisations funded by the NNPC/Chevron Nigeria Ltd Joint Venture, the Ilaje Rural Development Advocacy Committee Initiative (ILRDC) and the Amalgamation of Ilaje Ugbo Coastal Communities Association (AMAICOMMA).

The groundbreaking ceremony was held during the 10th Coronation Anniversary of the Paramount Ruler of the oil rich community, the Olugbo of Ugbo Kingdom, Oba Fredrick Obateru Akinruntan.

When completed, the facility is expected to have surgical and admission wards, special gynecological equipment, generator house, doctors and nurses’ quarters, as well as a perimeter wall.

Speaking at the ceremony, the CNL General Manager, Policy Government and Public Affairs (GMPGPA) Mr Esimaje Brikinn, said the building of the facility was another step in the company’s continued support for the Ilaje people in general and Ugbo land in particular.

He said the company in collaboration with Ilaje RDC and AMAICOMA had held free medical outreaches, constructed 40 footbridges and walkways in 38 communities in the area.

He added that hundreds of educational scholarships have also been given to hundreds of Ilaje students.

“We reiterate our commitment, within available resources and opportunities, to continue working with community stakeholders and other partners to maintain peace and contribute to sustainable community and socio-economic development in Ugbo land and beyond,” Brikinn said.

While congratulating the traditional ruler on his coronation anniversary, Brikinn commended the monarch for the fatherly role he has been playing, his guidance and continued support to the operations of CNL in Ugbo kingdom.

“We are glad to state that during your tenure and with the support of the state government, CNL has enjoyed the benefit of a peaceful operation while we play our role as a responsible corporate citizen through social investments in the communities, working with Ilaje RDC and AMAICOMMA,” he added.