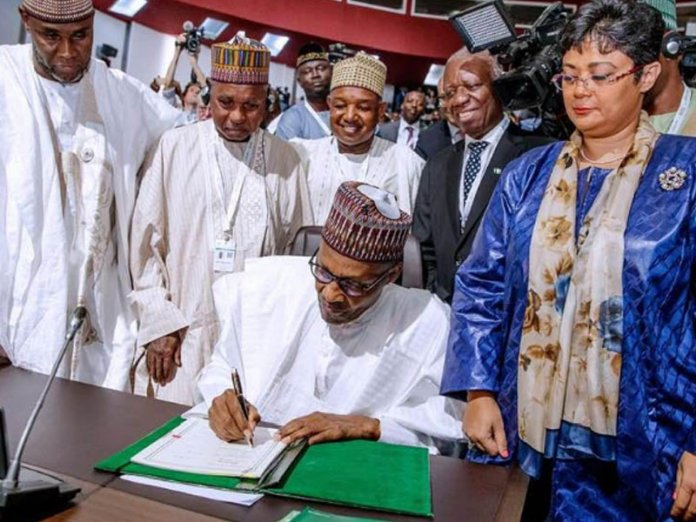 The federal government is seeking to stop tax exemption on dividends paid from the profit of oil companies operating in the country when the Finance Bill currently before the National Assembly is finally passed into law.

President Muhammadu Buhari had submitted the bill alongside the 2020 Appropriation Bill on October 8, 2019.
The Minister of Finance, Budget and National Planning, Mrs. Zainab Ahmed, said in a statement yesterday that the stoppage of tax exemption on dividends paid by oil companies was one of the features of the Finance Bill, which has passed the second reading in the Senate.

The objectives of the bill, as outlined by the president, are to strategically promote fiscal equity by mitigating instances of regressive taxation and reform domestic tax laws to align with global best practices.
Ahmed, in the statement by her Special Adviser, Media and Communication, Yinusa Tanko Abdullahi, applauded the attention, speed and commitment with which the parliament has attended to the bill.

The minister said the bill would provide efficiency in the administration of individual income taxes in Nigeria.
On Capital Gains Tax, she said the amendment would cover the taxation of business combination and prevent abuse of a provision of the Act on group restructuring.

Commenting on Stamp Duties, the minister said the new bill sought to increase revenue generation from duties on electronic stamps.

On amendment to Petroleum Tax, she said: “This bill seeks to improve revenue by removing the tax exemption granted for dividends or income received from companies charged under Petroleum Profits Tax Act.

“The bill also seeks to address the taxation of industries, such as insurance, start-ups, and the capital markets, evaluated by the federal government as critical to the growth and development of the Nigerian economy with a view to stimulating activities in those sectors and fostering overall economic growth,” the statement added.