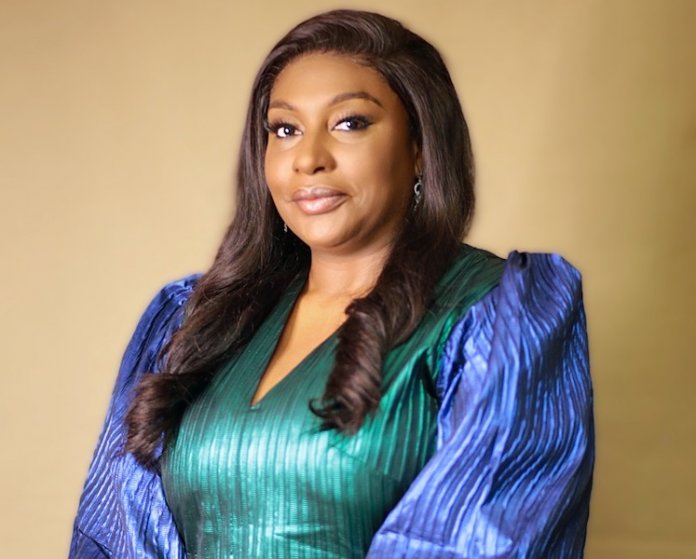 Ego Boyo has come a long way from playing a starring role in the early nineties soap opera, Checkmate, to producing thought-provoking and critically acclaimed films. Her latest production – The Ghost and the House of Truth – which is set to hit cinemas this month, goes beyond entertainment and strives to stir up issues fundamental to a progressive society, writes Demola Ojo

Missing children. Databases and alert systems. Policing. These are not the themes that run through a typical Nigerian movie but then, Ego Boyo is not your typical producer.

Coming off the success of her award-winning experimental film, a silent movie titled A Hotel Called Memory, Boyo has teamed up with the same director, Akin Omotoso, to serve up a potential blockbuster that is anything but run-of-the-mill.

A highly anticipated drama set in Lagos, The Ghost and the House of Truth had its world premiere in New York as part of the Urban World Film Festival in September, and won the award for Best Narrative Feature (World Cinema).

Set to premiere in Lagos this month as the closing film of the 9th edition of the prestigious Africa International Film Festival (AFRIFF), The Ghost and the House of Truth tells a story of the streets and the working class.

“The film is basically about a young woman who is a single mother and works as a councillor reconciling victims of crimes and the perpetrators of those crimes,” Boyo reveals during an interview in Ikoyi, Lagos.

“Her job is all about redemption, hope and forgiveness. Then her only child doesn’t come back from school. She’s put on that path of every parent’s nightmare: A lost child.”

The mother goes to the police and a dedicated police woman takes on the case personally.

“Obviously I don’t want to give too much away,” Boyo says as she highlights the paucity of statistics when it comes to missing children.

“In this country, there are not enough statistics about exactly how many children are missing. I tried to read up on so many, but there were varying statistics. The major statistic that seemed more credible was that of the girls in the Northeast – the Chibok girls – and a lot of the children displaced by war. We sort of have a rough idea of the figures.

“But when you go to other parts of Nigeria, where are those figures? Who is keeping track of who is missing?” These were questions she asked and didn’t get answers to.

“…And then I started looking online and found that there have been calls for government to set up a missing persons database. We don’t have that yet.

“When a child goes missing, there’s no machinery, there’s no checklist. If there’s a machinery in place, we need to know about it. Let the public know that this is what we need to do, and this is how the police and other agencies tackle these issues,” Boyo says.

The Ghost and the House of Truth solidifies Boyo and Omotoso’s intent on making films with a purpose and a message, films which delve into the socio-cultural issues plaguing society and create opportunities for continued dialogue and reform.

Two years ago, after the release of A Hotel Called Memory which was shot in Lagos, Zanzibar and Cape Town, Boyo and Omotoso decided their next project will be shot in Lagos for both cost and logistical reasons. The director had a script written by two South Africans which he brought to Boyo.

“We saw that the story could be replicated anywhere. It’s a story that is universal. I read it and was like ‘Oh whao!’

“When my career started – I’ve been doing this for over 20 years – my first productions were mainly romantic dramas; soft, easy… That’s where I was at the time.

”I think we as artists, to quote Nina Simone, we have a responsibility to reflect the times.”

Commenting further on her new direction, she says, “I know it’s entertainment but sometimes it’s good for you to shine a lens on these serious issues, not only to provoke conversion but hopefully, to get people thinking and change the status quo.”

With that in mind, she started looking for weightier subjects that she felt would make a difference, challenge people , make them converse and hopefully get the authorities interested in finding different ways in handling a problem that already exists.

“I felt I had to reflect what was real. I could keep doing those sort of dramas, which is what I started my career doing. But as you grow up, your interests change and you lean towards something.”

There’s a pattern running through her last movie to the current one. They are works of art to be appreciated by aficionados. But how much acceptance does she envisage from the general public?

“This film is for everybody,” she replies. “It’s for the masses. In it, we speak Yoruba, Pidgin English, English. Just like you do in Lagos.

“The only thing is that we’re not laughing. It’s a serious subject. And it’s something I want us to pay attention to. Because it happens everyday.

Boyo believes that apart from entertainment, film is an opportunity to create awareness. “If it’s only for entertainment, it’s okay but I like to do films like this that do more.” 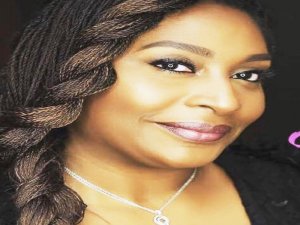 Steeped In the Art

Ego Boyo grew up in Lagos but attended the University of Benin where she studied Theatre Arts, with a focus on film and TV production. “I’ve always loved film since I was young. My parents used to watch a lot of black and white Hollywood productions, so for me it was a natural progression that I went into film.”

She did a little bit of acting in school but not a lot, so some of her classmates were surprised that she ended up an actress.

The year she finished school, her father passed away. “A year before then I met a young lady who had come to interview him. He was a Supreme Court judge. She was a daughter of a friend of his and he introduced us.

“I was home getting ready for my youth service, figuring out what to do next, then I got a call. She was the one. She said she a show coming up on television and I should audition for it.”

The lady in question – Amaka Igwe – had written a series, Checkmate, to be aired on the Nigerian Television Authority. “Soon after, they called to offer me the part of Ann Haatrope which was the main character.”

The role was a game changer, way ahead of its time, a boon for women empowerment long before it became a thing.

“I keep meeting people that say they were inspired by the Checkmate story. A lot of young women tell me that seeing the character of Ann Haatrope every week gave them the confidence to be part of corporate Nigeria. Amaka’s story was that powerful,” she recalls.

Checkmate ran for five years on NTA and was also aired in England. Initially, Boyo had to act while also a youth corper working with Continental Merchant Bank.

“I had to tell my boss that I would be on TV. But they were so good. He told me that as long as the part is a respectable one, no problem.”

She juggled both jobs, working 8 am to 6pm at the bank, then go on set till the next morning, before the bank job again. “When you’re young, you can do that,” she laughs. “You sleep on set. It was a short period, so you had to get all your episodes in.”

After Checkmate, Amaka Igwe had also written a story which she wanted Boyo to play the lead role. It was the movie, Violated.

“I wanted to produce more than I wanted to act,” says Boyo. She went in search of other actors to play the role but it was meant to be as she ended up producing and acting. That’s how her career as a producer started.

Life as a Producer

Ego Boyo set up her production company, Temple Productions, in 1996. “I started producing because I wanted to make films in a certain way. I understood how films should be made and I wanted to be in charge of the process because I saw that there were a lot of things I could bring to the table with my own skills.”

She insists she wouldn’t dumb down: “I don’t have the ability to switch off my brain because we want to entertain. I wanted to be able to have some level of control over the material and that’s why I got into producing.”

With a few decades under her belt, she’s in a position to tell where improvements have been made in the Nigerian movie industry. There has been a lot of progress, especially in the technical quality of films. “…But I notice that we seem to believe that only a particular kind of film can succeed at the cinema and that is so wrong.

“Film is a medium of so many different genres. You can do horror, sci-fi, drama, thriller. The key thing is having a fantastic story and putting in the extras; the technical quality, so that people go in there and can see, hear, enjoy and follow a story that progresses. Those for me are the key things.

“There’s an audience for different kinds of film and it’s important to offer that audience all that is available. We can’t keep feeding them the same thing.

“Not to say that the comedies are not good. Some of them are shot well, but the thing is, we can’t exist on just laughter. We can’t. We have to deal with weightier subjects.

“I don’t mean my film necessarily. There was a political film the other day. Yes! There was one that had a psychological twist. Yes, we must. Drama about a family, drama about crime… these are things that happen, these are things that exist. We’re not just walking around laughing. Laughter is important, laughter they say is the best medicine but in terms of sticking to only one genre in cinema, laughter cannot be it.”

Boyo is confident that The Ghost and the House of Truth will make an impact beyond the shores of Nigeria because it’s a story that resonates anywhere and was only adapted to the unique challenges in Nigeria.

She wanted a film that could straddle both worlds; that could be critically acclaimed – win awards possibly, but also something that everyone can watch. A movie that will resonate with the average Nigerian but done to the highest technical standards. With The Ghost and the House of Truth, she believes she has it. 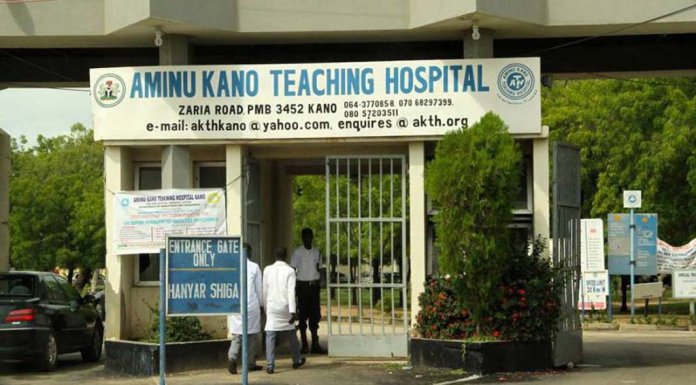