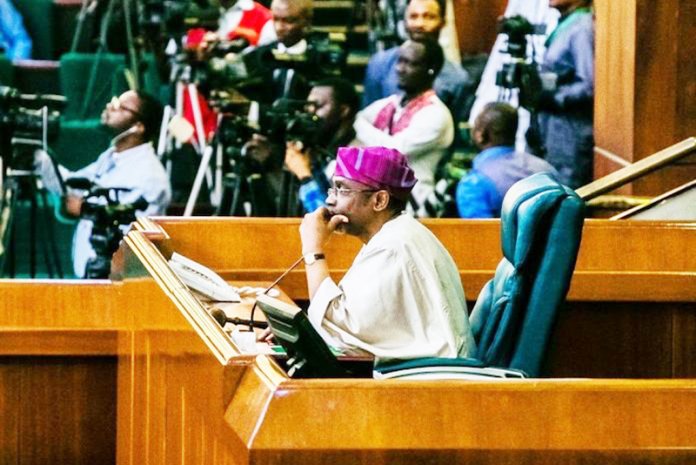 The Court of Appeal, last week, sacked two senators from the upper legislative chamber, as the lower chamber addressed the furore created by the old-fashioned Customs Act, report Deji Elumoye and Adedayo Akinwale

The results of the February 23 National Assembly elections held in all the 109 senatorial districts and 360 federal constituencies in the country generated a lot of issues including legal battles.

While some of the candidates, who lost at the polls accepted the outcome of the election, others who suspected foul play went to court to challenge the electoral victory of their opponents from the Tribunal to the Court of Appeal, which is the Court of last resort for National Assembly polls.

At the last count, two Senators – Abubakar Tambuwal (APC Sokoto South) and Adedayo Adeyeye (APC Ekiti South) had their elections nullified by the Court of Appeal sitting in Sokoto and Kaduna respectively.

Tambuwal, a first time Senator, whose election was upheld at the Election Petition Tribunal but upturned by the Appellate Court lost to Ibrahim Dambata (PDP), a member of the Senate in the Eighth National Assembly, while Adeyeye, also a rookie Senator and Senate spokesman has been replaced by former Senate Minority Leader, Senator Biodun Olujimi (PDP), who thanked God and her constituents for making the electoral victory possible.

She tweeted on her account shortly after the Appeal Court judgment saying, “Congrats to my steadfast constituents of Ekiti South Senatorial district and all Ekiti people indeed. It is a victory for democracy and the freedom of choice. May God only be praised, to Him alone be all the glory”.

Other Senators, who also had their elections challenged in court by their opponents, were however lucky to have their electoral victory affirmed by the Court of Appeal. They include Deputy Senate President, Senator Ovie Omo-Agege; Senate Chief Whip, Senator Orji Uzor-Kalu; former Deputy Senate President, Senator Ike Ekweremadu; Senator James Manager and Senator Rochas Okorocha.

Reacting to the upturning of the tribunal’s earlier judgment ordering for a rerun in some polling units in Abia North senatorial district by the Appellate Court that eventually affirmed his election, Uzor-Kalu, who claimed he has been vindicated by the appeal court ruling re-assured Nigerians of his unwavering and determined efforts in advancing the cause of the people.

Admonishing Senator Mao Ohuabunwa of the Peoples Democratic Party (PDP) and other politicians in Abia State to join hands with him in driving development across the state, the former governor of Abia State cautioned his supporters, associates and party faithful to be wary of their utterances and actions, adding that all hands must be on deck to work collectively for the betterment of Abia North Senatorial District and Abia state at large.

Also reacting to his election affirmation by the Appellate Court, Senator Okorocha dedicated his victory to his opponents – Hon Jones Onyeriri and Senator Osita Izunaso, Candidates of PDP and APGA respectively – who had challenged his election victory up to the Appeal Court.

The former Imo State governor also dedicated his court victory to the good people of Imo West senatorial district and indeed, Imo people in general, whom he said, have remained supportive irrespective of their political affiliations.

Meanwhile, the social media was recently awash with the narrative by one Mrs. Udensi Adaeze Nwagboliwe, who claimed to have being ill treated at the Abuja airport by the operatives of the Nigeria Customs Service (NCS) on the basis of her gender, tribe or where she comes from.

Nwagboliwe, who arrived the country onboard BA083 with passport No A07994773 at Nnamdi Azikiwe International Airport, Abuja, claimed that she was singled out and slammed with Customs Duty payment for one pair of shoes and “a mini boy bag” that should have been allowed to pass freely as personal effects.

Her claims however forced the Customs to make public what actually transpired and put the record straight. Customs had in a statement said it was simply a case of being told to pay duty, as what was in her possession was far above the allowable value of N50,000.00 and certainly beyond what normal discretion would allow.

Obviously knowing the luxury brand (Loius Vuitton), she was asked to produce the receipt, which would form the basis for duty calculation or not. She could not produce the receipt of what she claimed she bought at the duty free shop at the point of departure, saying the receipt was with her husband, who did not travel with her. But that, of course, was impossible because the husband, who wasn’t traveling at the time could not have accessed the duty free hall.

Customs added that its officers had to take the long route of ascertaining the current worth of her items online. The luxury items were found to be worth N570,467.40 and consequently, appropriate duty assessment of N165, 692.25k was slammed on her to pay into federal government coffer.

Since she could not immediately pay, a detention notice was given to her showing that the items would remain with the Nigeria Customs Service until she pays and brings evidence of payment before they will be released to her.

However, Customs said instead of paying the assessed duty and pick up her items or request to see any superior officer, should she have any reservation on the assessed value, she took to the social media, drawing all sorts of conjectures, gender, even when the officer, Ms. Essien, who attended to her is a lady, tribe and even inciting the public against the Service.

Unfortunately, insinuations were also made by some other sources, who seemed to share the sentiment of the Customs, alleging that she was a smuggler and a target of the Service hence the special attention extended to her on arrival.

But THISDAY independent findings had since discovered that the allegation of being a smuggler was false and an attempt to further paint the woman, a distinguished banker, black.

However, the altercation between the woman and Customs attracted the attention of the House of Representatives, which vowed to amend Customs and Excise Management Act.

The Speaker, Hon Femi Gbajabiamila, at the plenary recently called for a review of the Act, especially the part that imposes duty on items valued more than N50,000.

Gbajabiamila said, “Honourable colleagues, while we were away in the last two or three weeks, there was an issue that came up. We all got messages about how one of us, a citizen of Nigeria that supposedly ran into problem with the Customs at the airport, where she was charged for the purchase of a bag, that apparently the duty threshold was N50,000. And we all know that, in my opinion, this is unrealistic.

“For instance, the Custom and Excise Management Act, allows anyone to travel with minimum of $10,000, which is equivalent to N3.6 million, but if you have more than the threshold, it must be declared. To say the Act is outdated would actually be an understatement. Customs cannot be expected to perform optimally operating with archaic laws in the 21st century.”

Beyond rhetoric, it is important for the House to amend the Customs Act for necessary reforms to take place. Though there are so many reforms that the customs requires, amending this outdated Act is one of the major reforms the Service needs.

The green chamber should therefore not end the issue of the amendment with a mere discussion on the floor of the House, but to follow it up and ensure that proper legislative backing is given to NCS that would ensure that the reforms take place and also generate more revenue to the government.

This would however involve the House working in synergy with the leadership of the Customs. Whether the amendment Act bill would come from the executive, or initiated by the National Assembly, they must ensure that the law is urgently amended and ensure that the reforms must take place.

No one, indeed, no Nigerian deserved to be treated the way Mrs. Nwagboliwe was treated at the airport, not even when the Customs leadership subjected mere discretion at work to needless academic rigours just because they wanted to be seen as working. The amendment is long overdue.