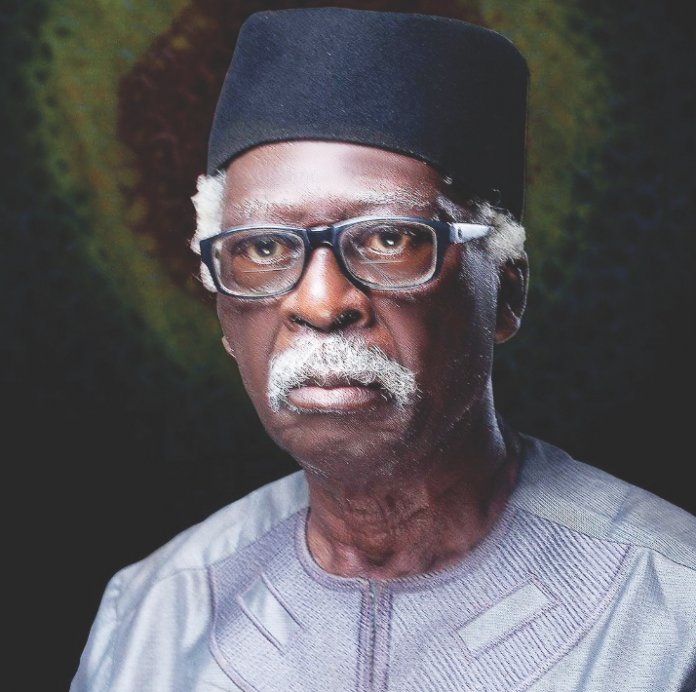 For Life in My City Art Festival’s organisers, getting Nigeria’s iconic internationally-recognised artistic luminary Bruce Onobrakpeya to grace its gala and award night holding in Enugu on Saturday, November 16 is a morale-booster. This indeed is a great honour for the annual festival – better known by its acronym LIMCAF –, as it marks its 13th edition.

Onobrakpeya, who was one of the pillars of the now defunct revolutionary Zaria Art Society, has further engraved his name in the collective memory through his recent audacious experimental works. Widely acknowledged as a print-maker, painter, sculptor, poet and pioneer in modern African art, the octogenarian preens himself on a career that spans six decades.

His deep understanding and fusion of ancient and modern concepts and aesthetics, which pay tribute to traditional religions, customs and local folklore, are eloquent testimonials of the Natural Synthesis theory for which the Zaria Art Society was known for. In the process, he popularised a wide range of printmaking techniques, which included those he pioneered.

Celebrating the deep symbolism of Onobrakpeya’s distinguished presence at the LIMCAF gala and award night, the festival’s art director Dr. Ayo Adewunmi remarked that it was consistent with the vision of LIMCAF in its all-embracing effort to contribute significantly to the development of visual art in Nigeria.

Dr. Adewunmi also noted that it was a measure of the annual event’s achievement and impact it was making nationwide that such highly acclaimed practitioners and scholars as Onobrakpeya and El Anatsui are happy to be associated with it. Recall that Onobrakpeya himself organises the bi-annual Harmattan Workshops in Agbarhar Oto, Delta State while Anatsui, formerly with the University of Nigeria, is a member of the US Academy of Letters as well as a patron of the festival, who sponsors the six top winners to Dark’Art, Senegal every other year. Both distinguished art personalities are recipients of other innumerable national and international prestigious awards.

LIMCAF is essentially a competition for young Nigerian artists under 35 years of age in which the national jury panels now include past winners with the aim of building continuity while pushing for the highest possible standards of production and above all while also firing the imagination of the competing artists by enabling them to interact informally with older and high achieving veterans.

Meanwhile, the LIMCAF Grand Finale Week kicks off tomorrow, Monday, November 11 with the opening of the Grand Finale Exhibition by Professor Paul Modum, Chairman of the Board of Alliance Française in Enugu.
Other events include the Children’s Art Workshop and the Festival Lecture to be given by Professor Emeritus Ola Oloidi of the University of Nigeria on Friday, November 15.