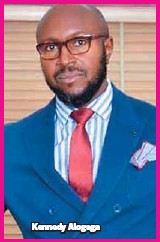 Fame is nothing but a fancied life in others’ breath. It has less to do with actions and more with perceptions. It is a fickle mistress that tempts the sons of men to lay on its beds of flowers while hidden thorns orick underneath until one day when the memory of a star becomes as dim as a black hole.

The name Kennedy Alogaga might ring a bell. Or it might not. What is clear is that any resonance will be faint, like the last wisps of smoke from a burnt out candle or the final wink of a red sun before it disappears over the horizon. Such is the fate of the once-happening dude called Ken whose name used to resonate so loudly on the Lagos social scene.

Unlike others whose downfall could be attributed to their deeds or misdeeds, Ken’s prolonged brush with invisibility has more to do with the mischances of time. Italy-bred young man was just a clothier under the aegis of L’uomo, which had offices in Lagos, Abuja and Port Harcourt. But, in those good old days when he ruled the roost, you wouldn’t know this going by his appearance and how others held him in high regard. His fame was more pop star’s than fashion stylist’s.

Things began to go south when the federal government’s importation hammer fell on textiles. Ken was forced to close down his spot which was the hottest shop for chic eyeglasses and top-of-the-range designer items. Undaunted, he reinvented himself with Waka Restaurant and Bar on Akin Adesola Street, Victoria Island, Lagos. And for a time, it seemed he had found his calling.

But even as he moved from his Italian wife to Bikuro Dennis, a Kaduna born model whom he married in May, 2007, his restaurant had already begun to drain a hole in his pocket so large the Abuja stadium would fit into it. Before his fans and few customers could say Jack Robinson, that business had vanished as well. The warm premises where food and warmth flowed aplenty has been converted to a banking hall operated by Stanbic IBTC.

And what of Ken? He has found some modicum of stability in Ajah where he runs a tailoring shop under the L’uomo label. But the bubbly, boisterous, party-enlivening women magnet is gone, replaced by a businessman who spends most of his days in his anonymous cocoon. 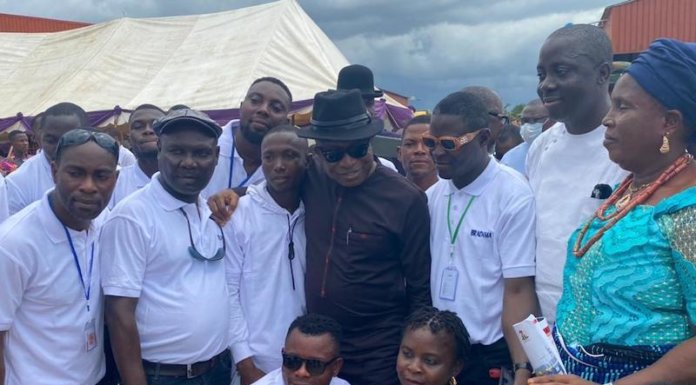