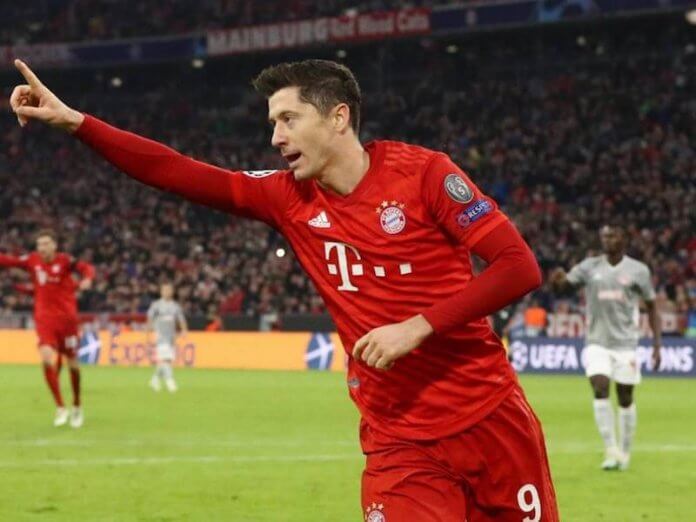 Lewandowski, who hit two goals, has scored in all 15 of Bayern’s European and Bundesliga games this season, with a tally of 22 across both competitions.

England forward Jadon Sancho was substituted after 36 minutes for Dortmund with an injury.

Bayern move to third in the Bundesliga, with Dortmund in fifth. Bayern, who are chasing their seventh consecutive Bundesliga title, are now level on points with second-placed RB Leipzig and a point behind leaders Borussia Monchengladbach, who host Werder Bremen on today.

And Lewandowski was again responsible for carrying their main threat in front of goal. The Poland forward opened the scoring against his former employers with a brilliant diving header from Benjamin Pavard’s cross before sweeping in his second of the night from Thomas Muller’s pass.

Serge Gnabry’s tap-in and a Mats Hummels own-goal, either side of Lewandowski’s contributions, rounded off the scoring for the hosts on a miserable evening for Dortmund at the Allianz Arena, with the visitors having now shipped 15 goals across their last three visits.