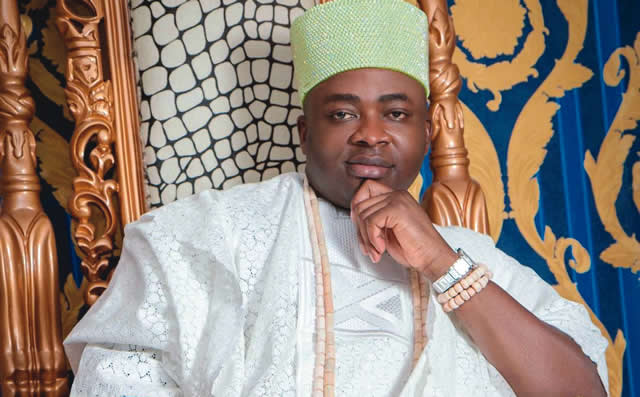 It is no exaggeration to say that even the most royal of monarchs has often cast an envious glance in the direction of Ọba Saheed Ademola Elegushi, Kusenla III, the Elegushi of Ikateland. Old men with royal diadems sagging down their weary heads envy him on account of his youth. Weak monarchs have cast him many a baleful look on account of his exuberance and endless vitality. Rulers of bankrupt kingdoms can only look on in helpless jealousy as he presides over a kingdom whose wealth continues to expand at a geometric rate.

Even some with multiple wives have secretly wished they are the ones in possession of Ọba Saheed’s two incomparable jewels — Olórí Aramide and Olórí Hadiza. And now, they have one more thing to stoke their envy: the young monarch has been chosen for an honorary degree by the Igbinedion University, Okada, in Benin City, Edo State.

The premier private university will honour the happening king with a degree in Public Administration (Honoris Causa). He is being academically ennobled for his “contributions as a Traditional and Cultural Icon, Outstanding and Visionary Leader, Developmentalist, Generational Role Model and a National Builder”.

Oba Elegushi is a man who likes to make a statement anytime he steps out to a function and this time will not be different. The delighted king has already handpicked the royal robes he will adorn on the August occasion. He will be formally conferred with the degree at the university’s seventeenth convocation which takes place on Saturday November 30, at the school premises

Already, some of his closest buddies have indicated their intention to storm the venue as part of his entourage. The flamboyant monarch is known to always go around with a formidable caravan of eminent personalities, with one of his wives in tow.

Meanwhile, to be honoured alongside Oba Elegushi are former President Goodluck Jonathan and Nollywood superstar Omotola Jalade Ekeinde. But while the two are bona-fide wave makers in their respective domains, none currently commands the glitter and attention like Oba Elegushi.